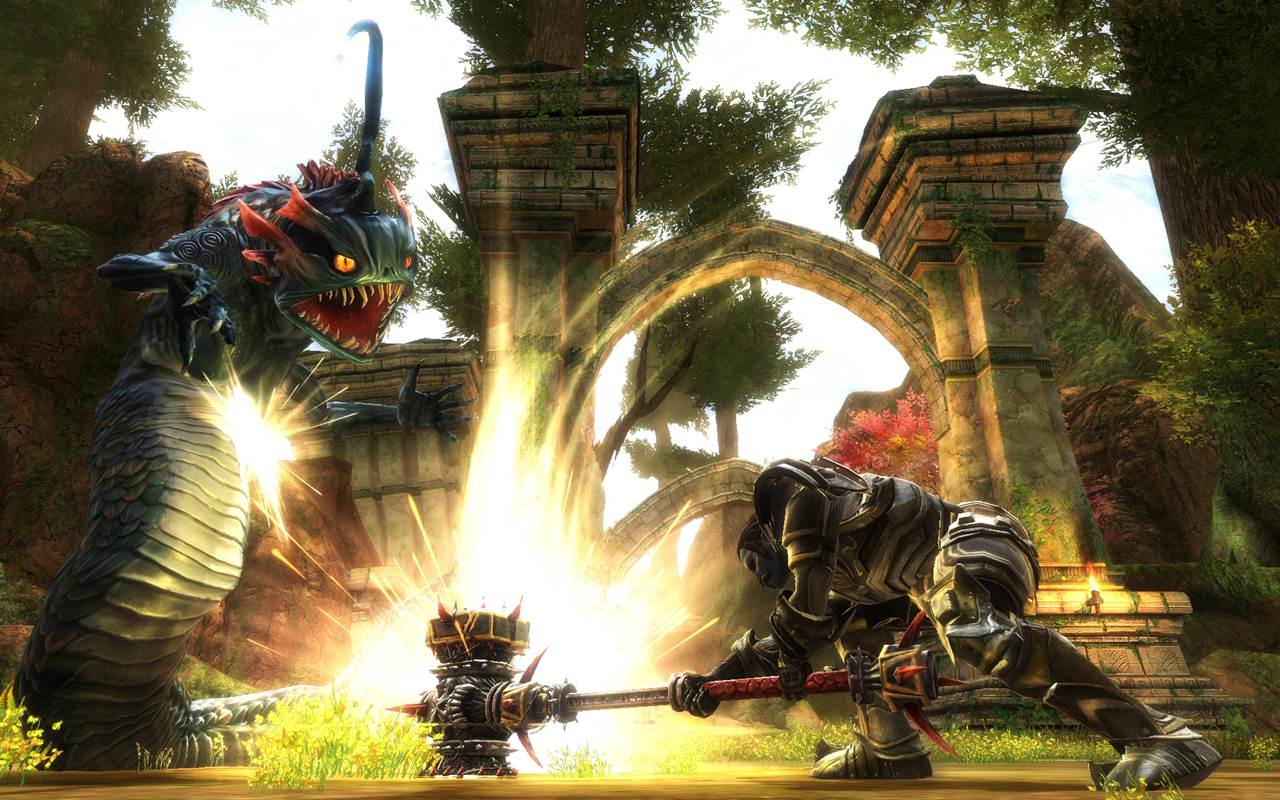 The demo for Big Huge Games’ upcoming RPG, Kingdoms of Amalur: Reckoning, has been out for some time now, and while the general feedback has been pretty positive, a lot of people have been complaining about the innumerable bugs they came across. Big Huge Games, however, wants to assure you that the demo is based on a three month old code of the game, and it was outsourced to different developers who did not manage to squash all the glitches. They want to reassure that the final game will not have these bugs.

“It was branched off our code about three months ago. It got a lot of bug fixing. We sent them what we had, but there are a lot of bug fixes they didn’t get. So we’re all nervous, like, the demo’s really buggy.

“But all the time the demo was worked on is time we spent de-bugging the main game. It should be clear from the reviews the main game is in way better shape. That’s been a source of nervousness.”

When asked about the negative feedback regarding the bugs in the demo, he said: “

We’re very not happy about that. But at the same time, the feedback overall has been really positive. Given the bug situation I’m incredibly happy with how positive the reaction has been.

“I’m not going to say the game’s bug free – no game is. But it’s pretty darn solid. Final code will show it’s way better across all three platforms than the demo build. The demo didn’t see the advantages of the last home stretch of bug fixing, which is a little bit painful.”

“What they’re seeing is the VO just isn’t there. The big challenge for this demo was the game is frickin’ huge so trying to get the download size down to something reasonable was a real challenge for the group that was working on it.

“Don’t get me wrong – they did a good job with little support from us. I’m not trying to poo-poo those guys by any means. But in order to get it to fit to be a reasonable size download that would actually meet Microsoft and Sony’s requirements, they had to cut everything that wasn’t needed for the demo, like extra art and audio assets, and they cut a little much. They cut some audio that actually is in the demo. So if you talk to something and that clip’s not there, you’ll just see the words flicker across the screen.”

Hype for Reckoning has been at an all time high these days. Recently, Ken Rolston, lead designer of the game, said that Kingdoms of Amalur has better combat than any other RPG ever, and that while it is a lot like Skryim, the former’s incredible combat sets it apart from the latter. Whoa, heavy claims, indeed.

You can download the demo right now via Xbox Live, PSN or Steam.

Kingdoms of Amalur: Reckoning comes out in February for the PS3, Xbox 360 and PC.