A remaster of the original game may be more complicated than imagined. 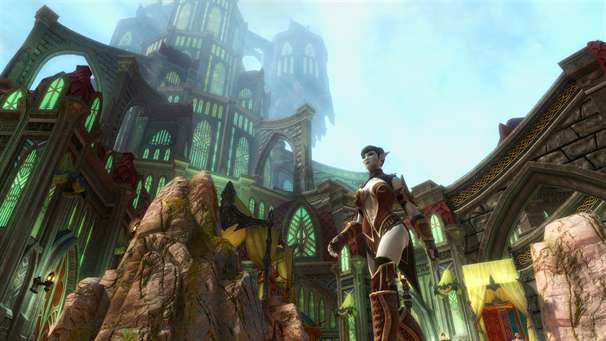 While THQ Nordic has acquired the rights to the Kingdoms of Amalur franchise, that doesn’t mean that a re-release or a remaster of Kingdoms of Amalur: Reckoning is inbound any time soon. In a statement to Eurogamer, the publisher confirmed that EA still holds the publishing rights to that game, so anything to do with it would require their express approval before THQ Nordic could proceed.

“EA still has the publishing rights to Reckoning, about any other details about the relationship between EA and 38 Studios we can’t comment,” the statement reads. “At this stage we ‘only’ acquired the intellectual property. Given our track record, we know what the burning questions (remaster, remake, port to current-gen systems etc.) are, but we decided do not answer those specifically as we tend to put our heads together first and then do our homework, and only start to talk about anything once we feel confident and very familiar with the franchise.”

To be fair, THQ Nordic have generally done right by all the properties they have acquired- for instance, they remastered the Darksiders games for current generation systems, before finally moving on to Darksiders 3 which is due out this November for PS4, Xbox One, and PC. We could, perhaps, see a similar path adopted by them for Kingdoms of Amalur.

Then again, working with EA to wrangle out the rights might be difficult enough that THQ Nordic just decides to eschew the original, and reboot the IP entirely (although at that point, you would also have to wonder why they bothered acquiring it to begin with, when they could instead just have built a new one).

For now, all of this is speculation, and all we can do is wait and see.