The four-player multiplayer title is launching for the Nintendo Switch in a week's time, though a price point is yet to be announced. 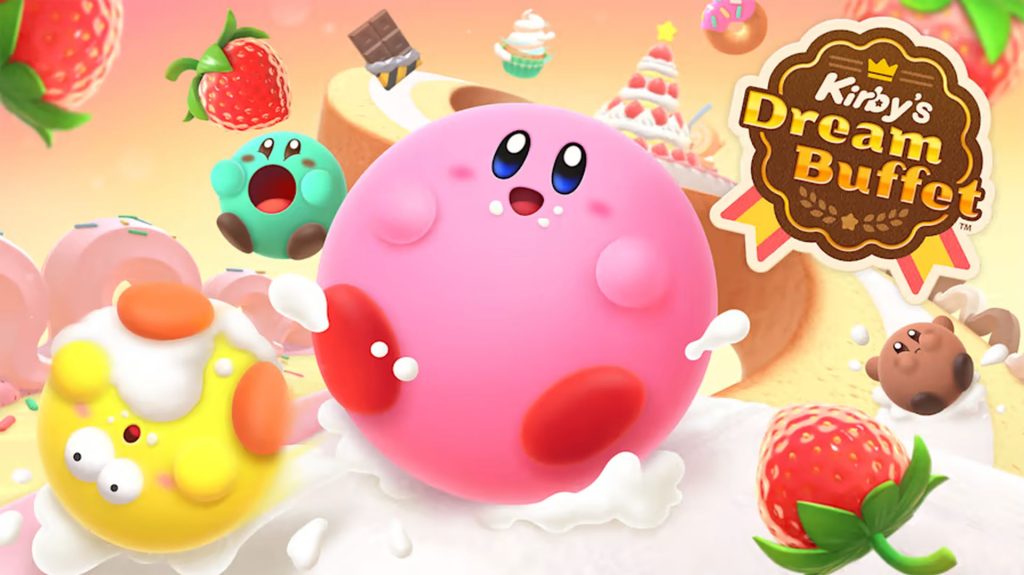 Kirby has had a solid 2022 already so far, thanks to the critical and commercial success of Kirby and the Forgotten Land, but this is a series that has always liked to experiment and try new things, and we’ve got a little bit more of that coming up as well. Four-player multiplayer spinoff Kirby’s Dream Buffet was announced last month and given a Summer launch, and now, Nintendo has confirmed an exact release date for game and provided gameplay details in a new overview trailer. Check it out below.

Kirby’s Dream Buffet will see up to four players – local or online – playing as shrunken Kirbys rolling around on deserts, with your goal being to eat as many strawberries across three different game types so you can finish the match as the biggest and roundest Kirby of them all.

There’s Race, an obstacle course race, where you can also copy food abilities and use your increasing size to even push opponents off the stage. Then there’s Minigame, which, as its name suggests, will task you with eat as many strawberries as possible in various minigames within a time limit. Finally, there’s Battle Royale, which will see you attempting to knock other players off the stage to steal their strawberries.

Rewards include cosmetic unlocks, costumes, colour variations, and more. Players will also be unlocking character treats as collectibles, which in turn will be used as your Kirby’s pedestal at the starting line. How many strawberries you have will also determine which stages you can play on. Get more details in the trailer below.

Kirby’s Dream Buffet launches for the Nintendo Switch on August 17.