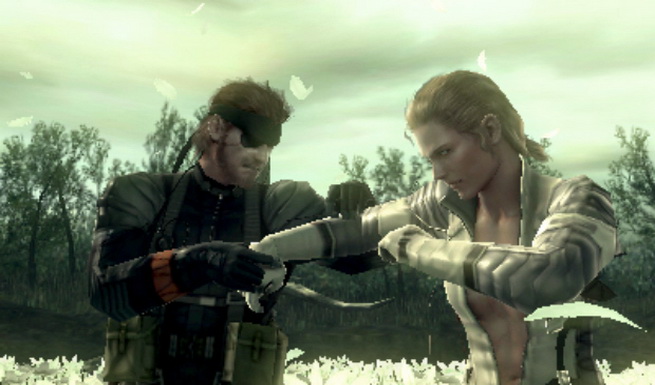 Konami’s just confirmed that they will be releasing four of their titles in development for the 3DS in Europe which includes Metal Gear Solid : Snake Eater and Pro Evo Soccer.

The other two titles in question are the classic Contra and the fan favorite Frogger.  More details about these titles will be revealed in the “coming” months according to Konami.

“We are delighted to confirm that KONAMI has four major titles in development for Nintendo’s 3DS system,” offered Kunio Neo, President for Konami Digital Entertainment GmbH. “The chance to explore popular franchises such as Metal Gear Solid, Pro Evolution Soccer, Contra and Frogger within a 3D realm is an exciting opportunity, and we cannot wait to share more news in the coming months.”

It’s good to know that Konami’s bringing all their 3DS blockbusters to European shores.