The company is doing well, despite its lack of presence in the traditional gaming space.

Konami has some of the most legendary gaming IPs on the planet. From Metal Gear Solid to Castlevania to Contra, the amount of great titles that have come from that company is staggering when you think about it. It’s been disheartening for enthusiast fans to see them retreat from the traditional gaming market in light of that, but today we see, financially, the move has worked out quite well for them. They have not only seen five straight years of profit growth, but have seen the second year in a row where they’ve broken their operating profit records.

They recently released their financial earning, and we see that Konami’s Digital Entertainment section is where they’ve done big business. That includes gaming ventures like card games and arcades. Mobile titles like Yu-Gi-Oh! Duel Links have been a driving force for the sales, along with the continued success of Winning Eleven (known outside Japan as PES, or Pro Evolution Soccer). They expect to continue this success in the next fiscal year, despite relocation of the Konami Creative Center potentially offsetting that. You can take a look at some of the charts detailing their growth below.

With that, it’s unlikely that Konami will enter back in the mainstream gaming market anytime soon. But those who want to revisit the past can look forward to the Anniversary Collections they’ll be releasing some time this year. 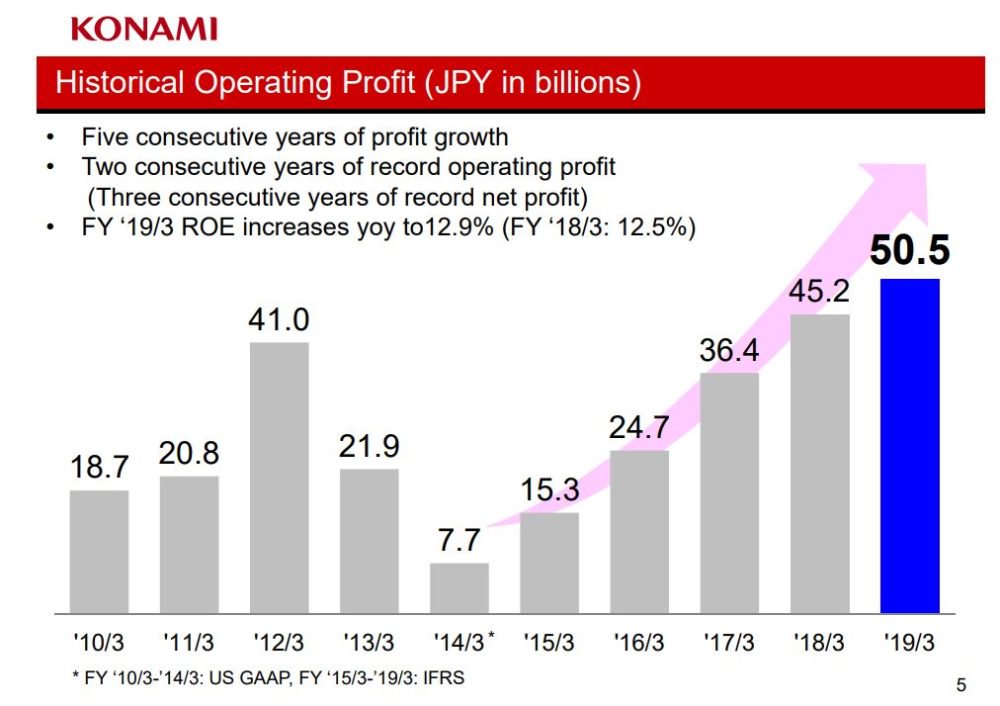 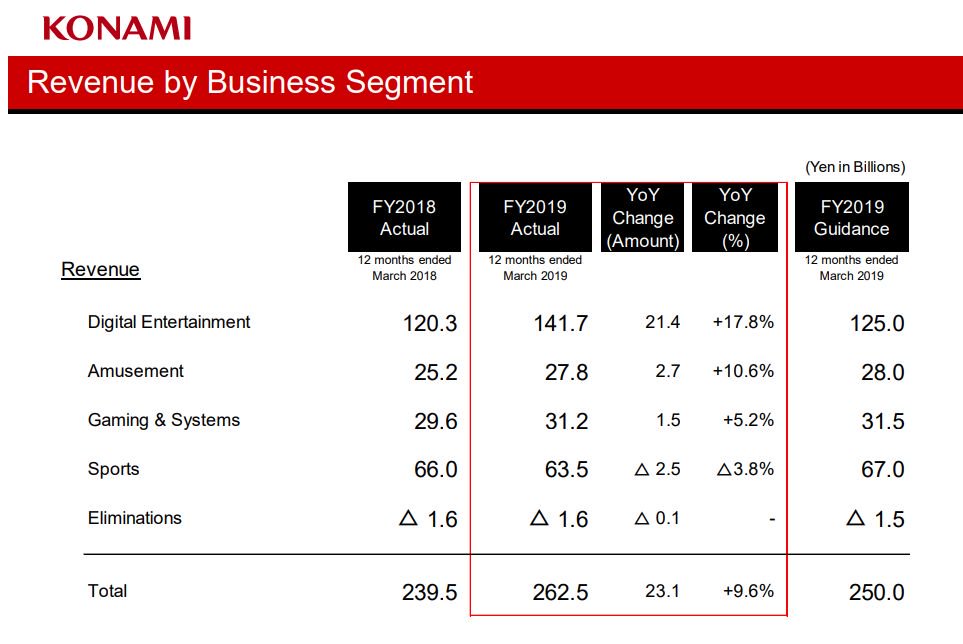 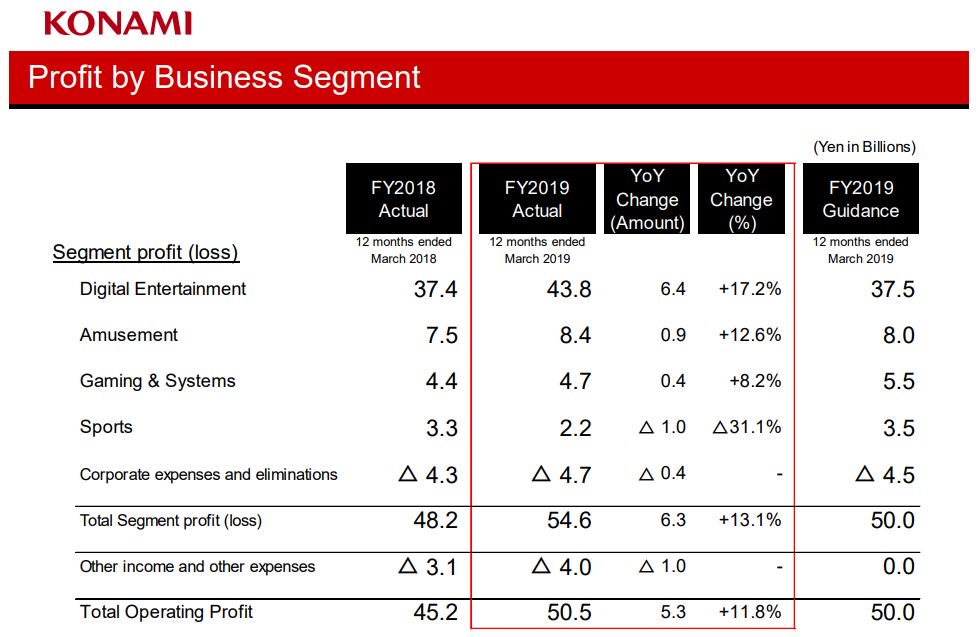 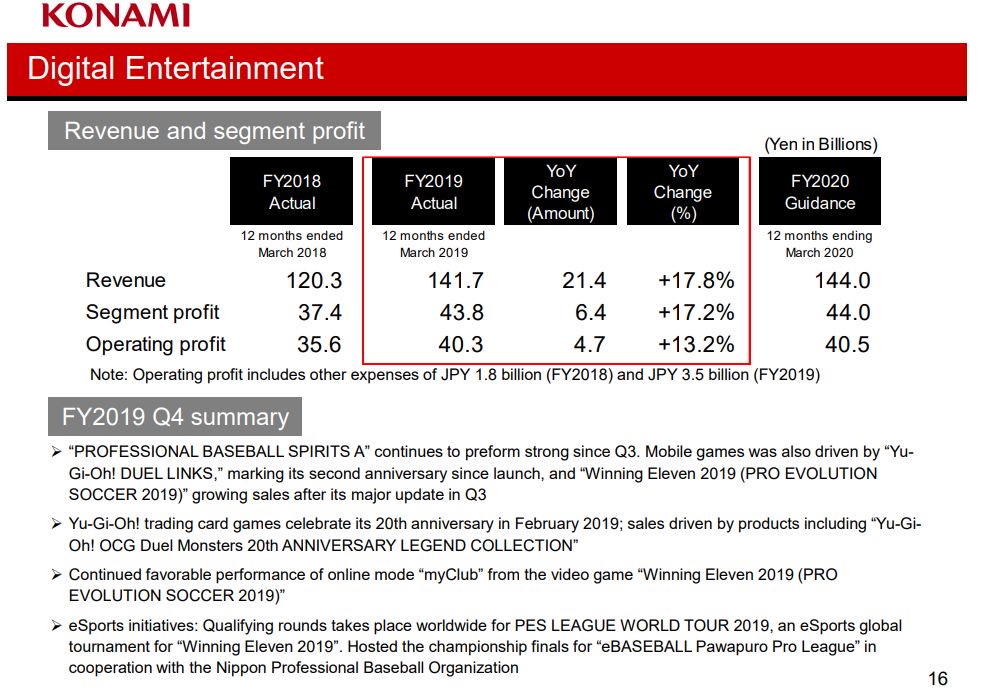