Latest Half Life 3 Rumor Is Nothing But a Fake (Again!)

Another day, another Half Life 3 rumor 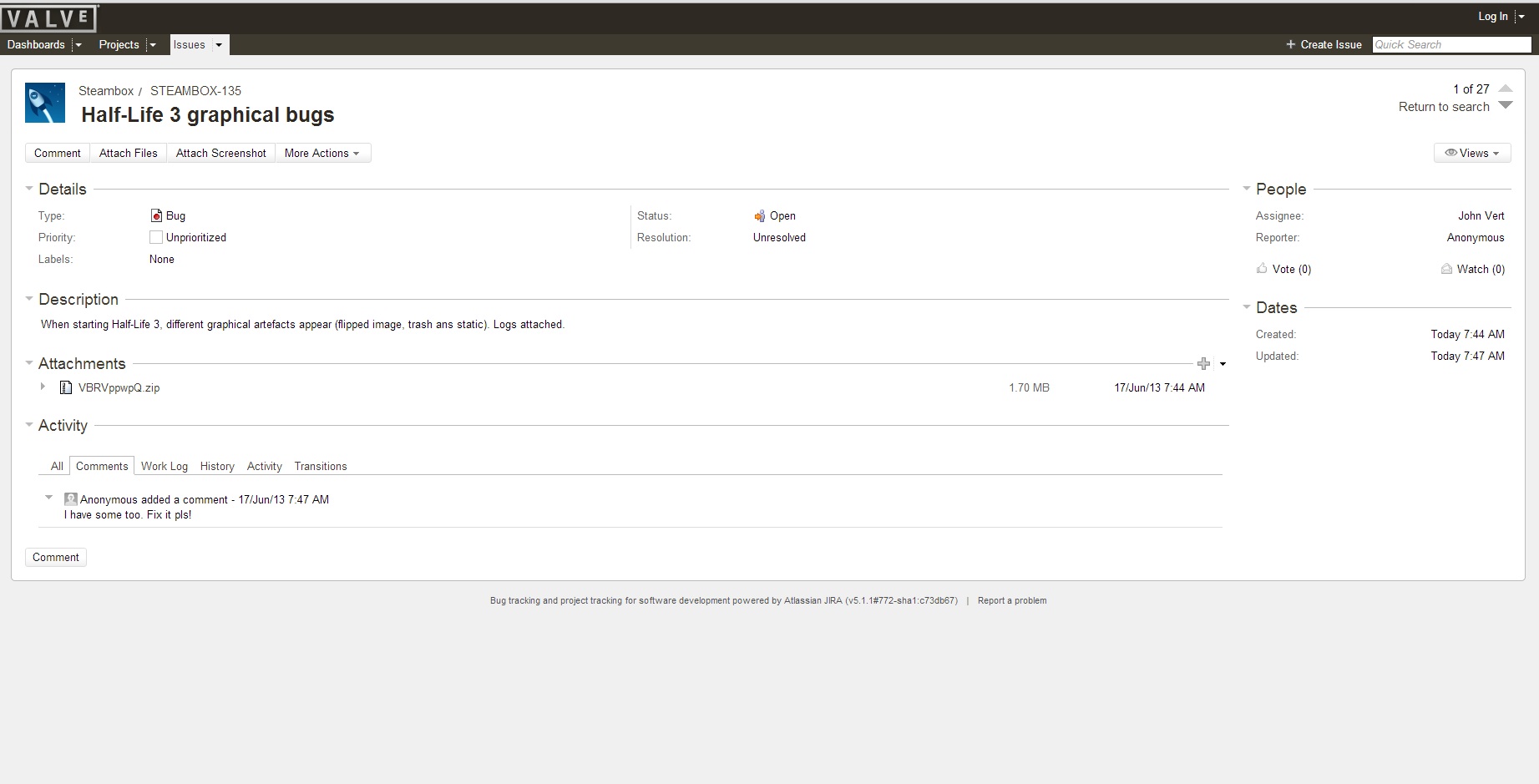 Of course it is. Did you really expect anything else?

Ever since rumblings of Valve’s Steambox project emerged, people have been speculating on the possibility of Half Life 3 being used as a launch title to kickstart Valve’s new hardware. Then, when GDC earlier this year painted a very different image of the Steambox than a traditional home console (it’s more of a standard than anything else), people began anticipating its launch later this year with the speculated successor to the Source engine.

However, that is all that Half Life 3 has had so far, just speculation. Today, though, for the first time, something concrete and ‘official’ emerged. Log entries in Steam’s database seemed to indicate the existence of Half Life 3 within the service’s depths, and the file names seemed to hint at what kind of a game we were looking at once it completed release. The file, which was documenting graphical bugs, seemed to be legitimate enough, until it was finally pointed out to be fake, and based on a different, legitimate report that had nothing to do with Half Life 3 by a Reddit user.

So no, no news for now. Maybe one day. Hey, we got a Kingdom Hearts 3 trailer, didn’t we?

Tagged With: Half Life 3, Steam, Valve