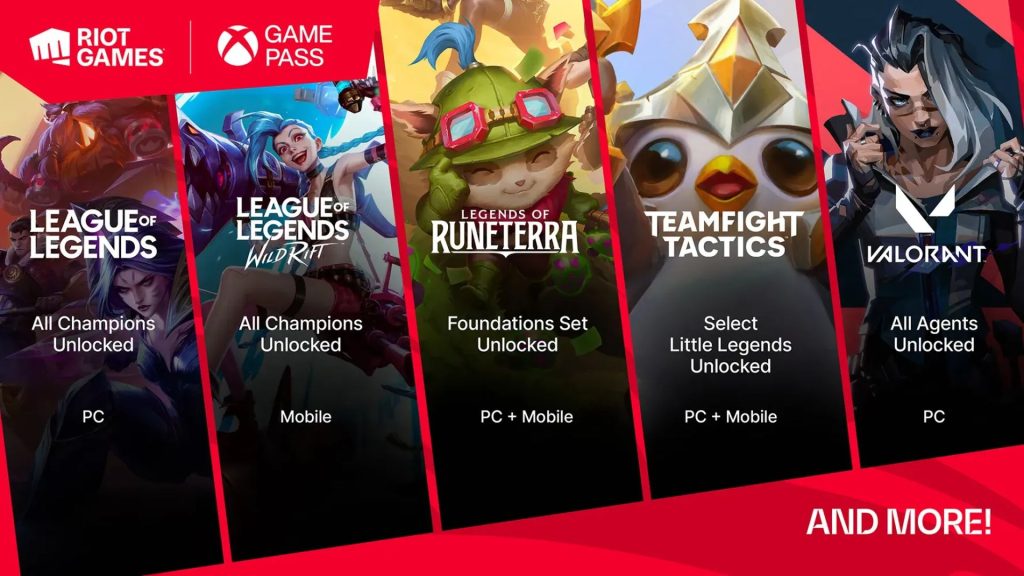 Riot Games made an unlikely appearance at the Xbox-Bethesda Showcase and confirmed the release of its titles for Game Pass. League of Legends, League of Legends: Wild Rift, Valorant, Legends of Runeterra, and Teamfight Tactics will all be available for subscribers on PC and via the Cloud. Check out the announcement trailer below.

League of Legends is playable on PC and Game Pass members get access to all of the Champions (160 and counting) along with day-one access to each new Champion that releases. League of Legends: Wild Rift on mobile provides all +80 Champions unlocked for Game Pass subscribers along with day-one access to new Champions. Legends of Runeterra will be playable on PC and mobile with subscribers getting the Foundation Set.

In Teamfight Tactics, playable on PC and mobile, access to Tier One Little Legend avatars is unlocked for Game Pass subscribers. Finally, subscribers get all 18 Agents unlocked in Valorant on PC. Bonus experience on select titles can also be earned. Stay tuned for more details on release dates in the coming months.