You'll need Studs for almost everything, whether it's unlocks or purchasing new upgrades. Here's how to quickly amass a fortune and never run dry. 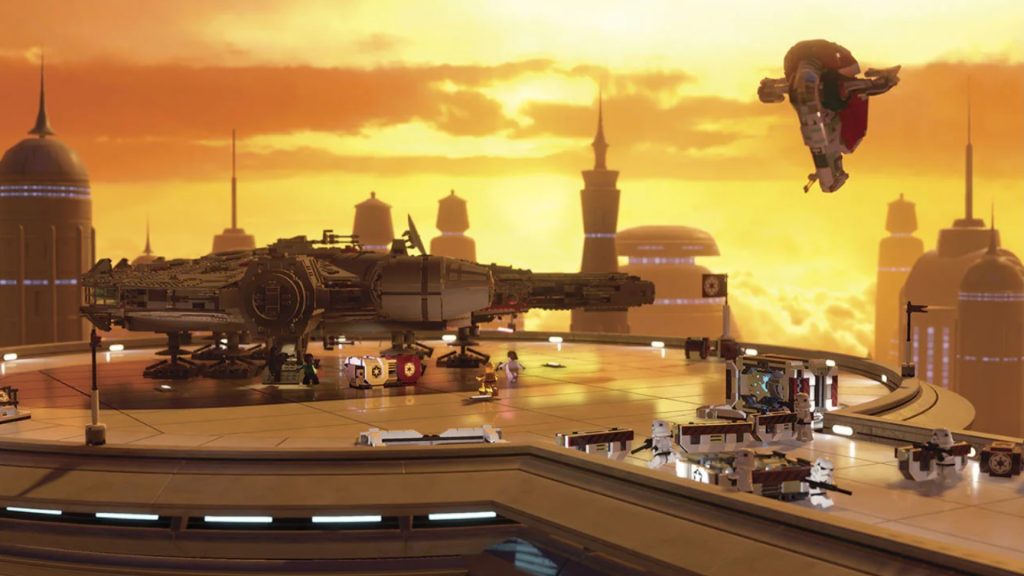 Studs are everything in LEGO Star Wars: The Skywalker Saga. You’ll need them for upgrading different classes, unlocking certain cheats and Extra Modes, ships and much more. Studs can be found pretty much everywhere, whether you’re destroying objects in the environment, building or slaying foes. Studs have four rarities – Silver, which are worth 10 each; Gold, worth 100 each; Blue, which are in out of the way places and worth 1,000 each; and Purple, worth 10,000 each and located in hidden areas or missions where you’ve already collected Minikits.

Fortunately, aside from revisiting locations where you collected Minikits for Purple Studs, there are a number of ways to amass a large collection of Studs, and most are fairly legit.

First off, go to the “Stay on Target” mission in Star Wars Episode 4: A New Hope in Freeplay and destroy all of the targets. It’s fairly quick and can provide a solid 100,000 Studs. Farm this until you have one million Studs. Now go to the Extra Modes tab and look for the Studs multiplier unlocks. You’ll need at least one Datacard (which you can find with the help of our guide here) to unlock Studs x2. Once this is done, every Stud collected will have its value doubled.

From this point on, you can partake in other missions – like Episode 9’s “A Skip and a Jump” and Episode 1’s “Now This is Podracing” – to amass even more Studs. Of course, you can also start off with those while working towards that first Stud multiplier unlock if “Stay on Target” gets boring.

As you find more Datacards and save up more Studs, keep unlocking more Stud multipliers. These will stack and can give you insane returns as you progress.

Another way to increase the number of Studs earned is to have a Bounty Hunter character. Pick up their perk “Hidden Bounties” which grants 250 Studs per kill (750 at max rank). You’ll want to avoid recruiting Greedo from Mos Eisley though, because his unlock mission is great for farming Studs as a Bounty Hunter. This involves the side mission “Ma Klounkee Most Foul” where the quest NPCs are three Stormtroopers by the Cantina that constantly respawn after being killed. They won’t fight back so it’s easy to rack up Studs quickly. Again, don’t complete this side mission and farm it for as long as possible.

Other activities that are great for Studs are the Capital Ships that have a random chance of spawning. While not a reliable farming method, the sheer size of these levels complete with the number of enemies provide a nice healthy boost to your Studs. There are also Stud Comets, which replace Kyber Comets (that give five Kyber Bricks each). Destroying a Stud Comet can net you millions of Studs based on the multipliers unlocked and it’s possible to farm them by going back and forth between different zones.

Finally, there’s a glitch that can be exploited in Episode 5’s mission “Echo Base Escape.” Make sure you have a Studs multiplier unlocked along with the Core ability “Attract Studs” (which is anyway useful since it sucks up any distant Studs to you). Essentially, when starting out, take a left and keep going until you find two metal doors opposite each other. Shoot one of them continuously and it will give you Studs. Check out PepperHomie’s video below to see it in action.

If you’re in co-op, then both doors can be shot for maximum efficiency. This mission doesn’t seem to be available in Freeplay so take advantage of this when you get the chance.