Life is Strange 2 is a bold, ambitious, daring game, that has something to say, and wants you to think about it.

Life is Strange was lightning in a bottle. Dontnod’s take on the Telltale formula ended up winning over millions around the world, thanks to its instantly relatable slice of life premise, its supernatural drama, and, perhaps, most of all, the endearing characters at the center of it all, especially protagonist Max, who may be the most uniquely empathetic character in games yet. Moving away from the setting, story, characters, and themes of the first season, then, presented a big risk for Dontnod—people love the original game, and everything to do with it, and just giving us more of it would have been an easy route to success.

But that’s not what Life is Strange 2 does, for better and for worse. With the second season in this series, Dontnod are determined to tackle deeper and darker depths of human shortcomings, both on a more intimate and personal micro- scale, as well as a broader, social, macro- scale. The result is arguably one of the most ambitious games ever, a game that has something to say, and does say it, without any fears of whom it may alienate along the way. At a time when the likes of Ubisoft and Activision bend over backwards to assure us that their war simulation games are absolutely not political, no sir, Life is Strange 2 steeps itself in the present-day turbulence.

The original Life is Strange dealt with some issues of divisive rhetoric, that split the student body of Arcadia Bay’s Blackwell Academy, so this isn’t entirely new ground for developers Dontnod. But the extent to which they deal with the issues of racism in America, the fear of immigrants, and the very real threat of violence and civil unrest in the country, is honestly surprising and refreshing – Life is Strange 2 does not blink, and does not hold punches, when it comes to presenting its players with the uncomfortable truth.

"Life is Strange 2 does not blink, and does not hold punches, when it comes to presenting its players with the uncomfortable truth."

The new season follows Sean and Daniel Diaz, sons of Esteban, an immigrant from Mexico who has made a living in Seattle as a mechanic. Esteban is portrayed as a sort of ideal figure for his sons, a single dad who has raised his children and imparted the values of hard work and ethics. Unfortunately, those values are tested when Esteban finds himself dead as the result of a shootout with a trigger-happy cop, causing the brothers to go on the run. They don’t have much idea of where they are going – at first, younger brother Daniel doesn’t even know his father is dead, out of Sean’s misguided attempt to protect him from that realization – but Sean has a vague idea of traipsing across America and go to Mexico, to their father’s homeland, where they can, hopefully, be safe from the turbulence in the United States.

There is a reason I am lingering on the political backdrop and context so much in this review—that is literally all the game is about. As anyone who has ever played any game in this genre before (Telltale, Dontnod, or otherwise) knows, these games are all about their story, writing, and characters. There isn’t any gameplay—you walk around, you examine things, and you talk to people. The primary “gameplay” is in that interaction with others, and how you choose to respond to them, which, in turn, alters the course of the story based on your choices. The story, therefore, very literally is the game. Life is Strange 2 very explicitly is all about its central themes and the narrative juxtaposition against those themes. It doesn’t shy away from any of this, either – one of the first text conversations you can see Sean had with his friend Lyla is about Trump’s election speeches, and the unrest they are causing in the country.

And honestly, it’s hard to imagine a story handling the range of charged subjects Life is Strange 2 chooses to tackle better or more gracefully than this game does. While there is heavy-handedness and a lack of subtlety to the game’s treatment of its themes, I venture to guess that that lack of subtlety was the point, that the game isn’t trying to tiptoe around quote-unquote offending anybody. It wants people to think about what it has to say. 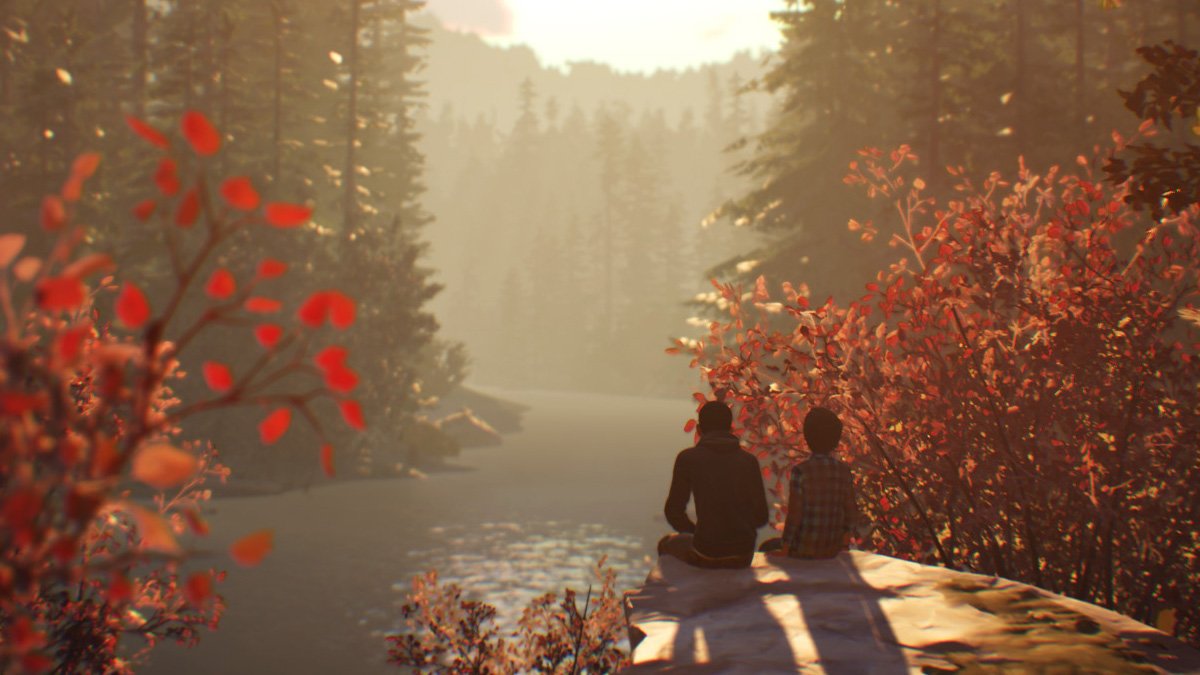 "Its two protagonists, bonded as they are by circumstances far bigger than them, and out of their control, present a heart-wrenching tale of brotherly love and loss, which will stay with you far beyond your time with the game."

This is easily something that can go awry, especially with the aforementioned lack of subtlety leading to a potential for easy caricaturization, but Life is Strange 2 avoids this primarily on the back of its incredibly strong characters. Its two protagonists, bonded as they are by circumstances far bigger than them, and out of their control, present a heart-wrenching tale of brotherly love and loss, which will stay with you far beyond your time with the game—and every other character they meet along the way, good or bad, from the racist staff of a gas station to the persons cultivating marijuana on a farm in California, is equally well developed, and feels real. They all feel like people that exist beyond the scope of the story, and the two protagonists, and their interactions with those protagonists—as if they are real people, and what we see of them through the course of the game is only a very small part encompassing their lives and who they are as people.

The most important way the game achieves this is by avoiding the one storytelling pitfall it seems too many stories across all media fall into – it avoids making excuses for its characters. With the possible exception of one, all characters in Life is Strange 2 are unflinchingly presented as they are for what they are. Good or bad, flaws and all, they are who they are as people, because who they are as people is the result of the cumulative choices they have made through the courses of their lives – questioning why they are the way they are makes no sense, and so, the game doesn’t explain it. These are people you meet, not characters in service of a broader story, and that, more than anything, is this game’s greatest strength.

The actual story itself isn’t as much of a triumph in execution as the characterization or the treatment of the central themes is. It is often slow, and can feel unbearably meandering, particularly in the middle batch of episodes. It all leads to an incredibly emotionally-charged payoff, to be clear, and in the end, every minute I spent with the game felt well-earned and worth it. But the ending comes, well, at the end, and until you get there, the slow pacing of the game can undoubtedly feel frustrating – especially because there isn’t a hook like Max’s time alteration powers, or the larger mysteries of Blackwell Academy, to provide an overarching framework.

Which, in turn, means that the gimmick of being able to try out all dialog choices before committing to one from the original game is no longer present in Life is Strange 2. There still is a supernatural power that is a central plot point – Daniel’s Force-style telekinesis – but that doesn’t manifest itself in gameplay much at all, and even when it does, it feels further removed from your agency as the player, because you are playing as Sean telling Daniel to use or not use the power – so it’s just another dialog option. 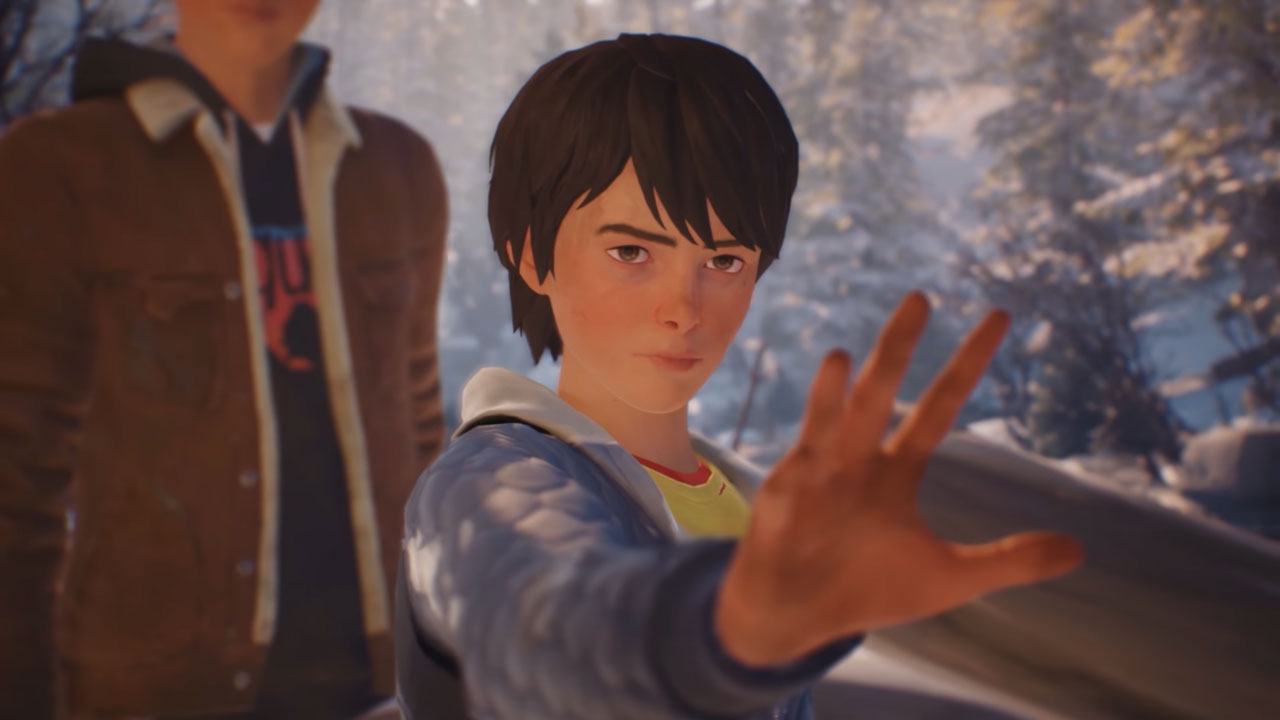 "In spite of that slow pacing, or lack of the immediate cliffhanger to keep things going, Life is Strange 2 kept my attention, even when it got disconcertingly uncomfortable."

In spite of that slow pacing, or lack of the immediate cliffhanger to keep things going, Life is Strange 2 kept my attention, even when it got disconcertingly uncomfortable. Whether that’s because the earnest authenticity of the game’s honest portrayal of its characters and themes, or because the endearing and enduring bond between two brothers is overwhelmingly well done, and makes you want to see their story through to the end, Life is Strange 2 manages to keep players engaged even when there is a lack of an immediate reason to be invested or care where the story is going—even when sometimes it isn’t even clear what the story is. Simply making sure Daniel turns out to be the best person he can be, in spite of the circumstances, by my actions and interactions with others, all of which will influence him, is enough, honestly.

On other fronts, too, Life is Strange 2 delivers. Graphically, it is gorgeous, with Dontnod pairing their penchant for strong art with their best technical execution of visuals yet. The music, which is a mixed of original and licensed tracks, like the first game, is similarly enchanting, and perfect for the mood of the game. The actual dialog and writing feels far superior to the first game’s, which, for all its unctuous earnestness, often veered into awkwardness.

I don’t know whether or not Life is Strange 2 is better than the first game, but I do think it’s bolder, more ambitious, and more important. I feel like it’s a game that has a lot to say, and it says it well, and that, no matter how uncomfortable it might make us, that makes it worth playing. The bond between the two brothers, that lies at the center of it all, surrounded by the turbulence of modern times? That’s the icing on top of an already gourmet cake.

Extremely slow pacing, particularly in the middle episodes; lacks a unique "hook" like the time powers of the first game; story lacks direction until the final episodes

Final Verdict:
AMAZING
The jury is out on whether or not Life is Strange 2 is superior to the first game, but it is undoubtedly bolder and more ambitious, with something meaningful to say.
A copy of this game was purchased by author for review purposes. Click here to know more about our Reviews Policy.