Life is Strange: Before the Storm Full Season Review – Setting Our Insides on Fire for Fun

Going back in time.

Do you remember high school? Maybe you do. Maybe you don’t. Maybe it’s been a couple years. Maybe it’s been decades. Maybe you’re there right now. For me, high school was almost a decade ago, but I remember it pretty well. I remember hanging out in our school’s parking lot, throwing footballs and eating garbage from the local 7-Eleven. I remember the local hangout spots, the places and things we snuck into and long nights of stupid, illegal decisions. Odds are, you remember parts of high school, too. There’s a weird universality of experience in high school. A lot of people from very different backgrounds are thrown together at a time when everyone is trying to figure out who they are, and more importantly, who they’re going to be.

That feeling of universality – that no matter who you were, you attended high school and built relationships with people that changed your life and learned about yourself – is probably one of the reason Dontnod’s Life is Strange became a huge hit in 2015. It’s also why picking new studio Deck Nine to make a prequel without the original voice actors (they were unable to appear due to the SAG-AFTRA strike) was a pretty risky move on the part of Square Enix. But it’s also one that has paid off in spades. 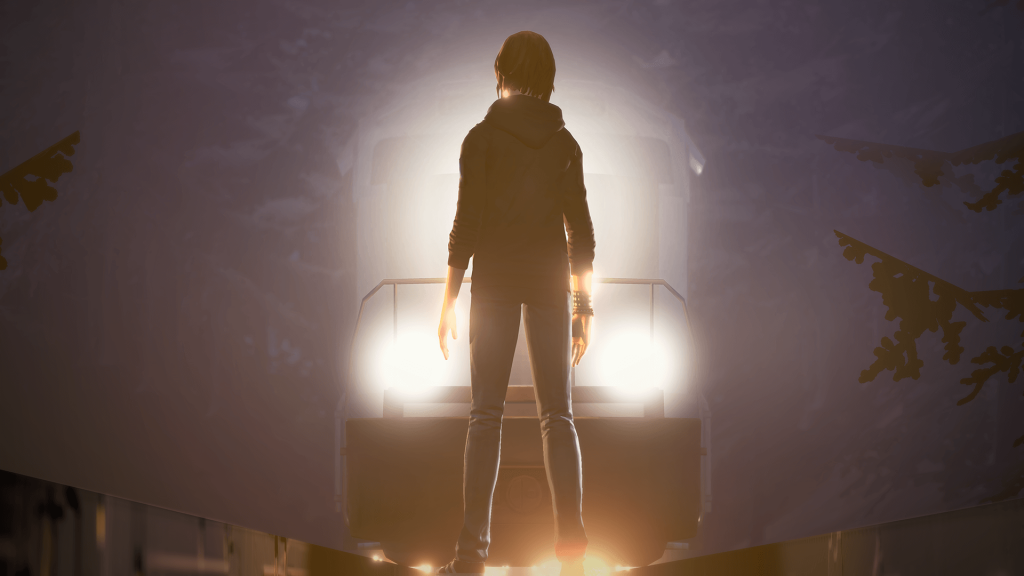 "The game picks up about three years prior to Dontnod’s original, and follows a younger Chloe Price as she navigates the loss of her father, a changing family dynamic, life in high school, and her unlikely relationship with Rachel Amber, the most popular girl at Blackwell Academy."

I’ve never played the original Life is Strange, so I’m coming into Before the Storm without knowing much about the previous game, aside from a general outline of the story and the characters. Thankfully, you really don’t need to know anything about the original game to appreciate what Deck Nine has accomplished here. Before the Storm stands alone, and it’s a better experience for it.

The game picks up about three years prior to Dontnod’s original, and follows a younger Chloe Price as she navigates the loss of her father, a changing family dynamic, life in high school, and her unlikely relationship with Rachel Amber, the most popular girl at Blackwell Academy. Beyond that, I am reluctant to get into specifics, as I feel this story deserves to be experienced with as little knowledge as possible, though those who have already played the original game will be familiar with some of the outcomes and characters already.

If you’ve played any adventure game in the last few years, you probably know how Before the Storm plays. You’ll move Chloe around in environments, interact with objects, solve puzzles, and chat with other characters. Because Max is absent from this game, there is no time travel mechanic. Instead, your decisions are permanent and carry quite a bit of weight. 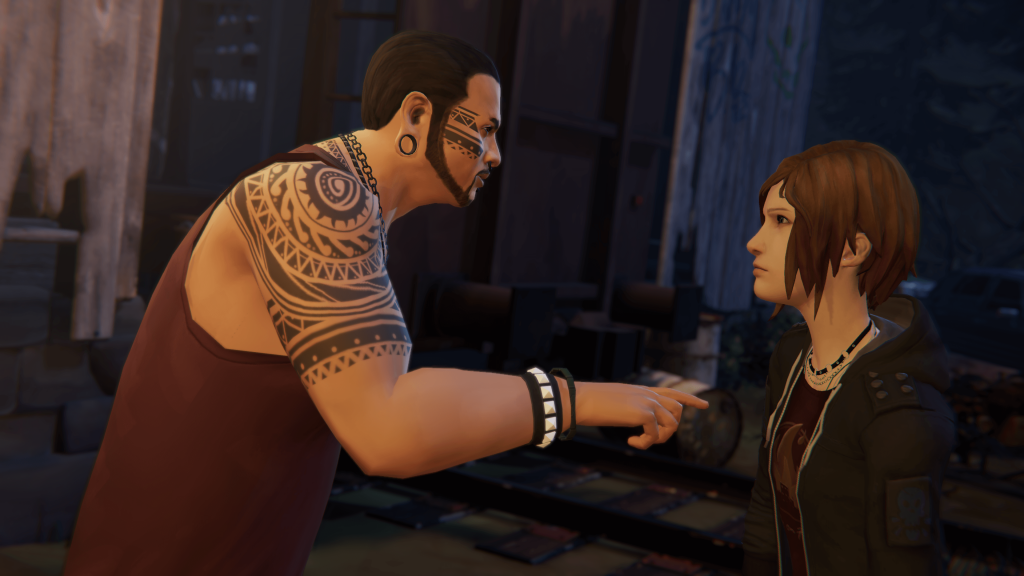 "The gameplay wrinkle here is Backtalk, which allows Chloe to trash talk her way out of situations, manipulate other people, and generally win arguments."

The gameplay wrinkle here is Backtalk, which allows Chloe to trash talk her way out of situations, manipulate other people, and generally win arguments. How well you do is based on how you respond to specific arguments. Come back with something that turns what your opponent has just said on its head, and you’re a step closer to “winning” that encounter. Less direct responses usually result in a win for your opponent. It’s a fine system, and what’s impressive is you don’t always have to use it to get out of a situation if you play your cards right.

The gameplay part of Before the Storm works fine, but there’s not a lot of it, especially in the third episode. Like most games of this type, the gameplay is secondary. Occasionally, this can feel a bit restrictive, but the situations where you lose control always contribute to the greater narrative purpose, and the decisions Chloe, and the other characters, make in these scenes are so consistent with their characters that you’ll hardly notice.

The real strength here is the writing, which is strong throughout the entire series, and peaks in Episode 2. Every character feels real, and the story moves in unexpected directions. While nearly every character in the game has an arc supported by strong writing, and is capable of surprising throughout the story, the standouts are unsurprisingly Chloe and Rachel. Their relationship is natural and beautiful, filled with sadness, discovery, and joy. 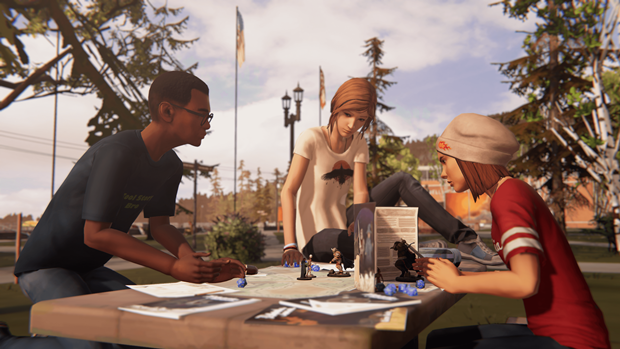 "It’s alternatively furiously joyous and and intensely heartbreaking, and by the end, I was touched by the story Deck Nine chose to tell, and how rare it is to see something like it in the medium."

The new voice actors fill in their roles admirably, providing depth, nuance, and understanding to their characters. The standouts here are undoubtedly Rhianna DeVries, who plays Chloe, and Kylie Brown, who plays Rachel. DeVries provided Chloe’s motion capture performances in both games and replaces Ashley Burch, who stayed on as a writing consultant and is no doubt much of the reason for Chloe’s strength as a character. That said, there are no bad performances, which contributes to the feeling that every character matters and this is truly an ensemble piece.

There are some inconsistencies: the graphics can be a bit uneven between characters, and like most games, the controls can be awkward and sometimes get in the way. Unlike the original game, there are only three episodes here, and running through it takes about ten hours, depending on how much you want to explore. Episode 3 is the weakest, but the game is never bad, and finishes well enough that you’ll likely forget any inconsistencies by the time the credits roll.

Instead, what you’ll remember is what sticks with you: the excellent performance of The Tempest, the times in the junkyard, and spending time with all these characters. And at the core of it are two incredible young women, who share pain and loss and awkwardness and joy and hope. They make mistakes and share their dreams, and in finding each other, find the courage to be themselves. It’s alternatively furiously joyous and and intensely heartbreaking, and by the end, I was touched by the story Deck Nine chose to tell, and how rare it is to see something like it in the medium. 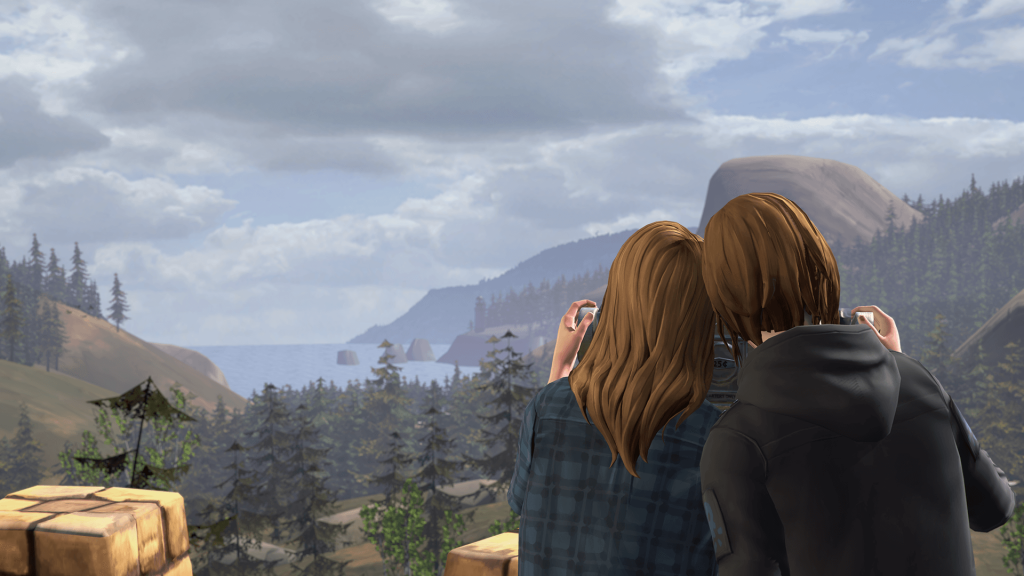 "It’s a particular credit to Deck Nine that they can do all of this in the confines of someone else’s world and that it works as both a prequel and a standalone story."

Games tend to be bad at these kinds of stories. They’re hard to tell and not conducive to gameplay. That’s why many stories in games focus on simple plots: beating the bad guys, saving the world, the galaxy, the universe, whatever. The mechanics – shooting, hacking, slashing, jumping, etc – are usually equally simple. So when one does something like this, when one gives us complex characters and is unafraid to have them be people with damage and hopes and fears and dreams and trauma, it’s something special. It’s a particular credit to Deck Nine that they can do all of this in the confines of someone else’s world and that it works as both a prequel and a standalone story.

What Life is Strange: Before the Storm understands is this: life is hard and often cruel, that everyone carries their trauma with them, and that our damage tends to define us. We’re going to make mistakes. We’re going to lose some people and meet new ones and if we’re very lucky we’ll learn from our mistakes and have people in our lives who will forgive us. Things will get bad and the bad days will be really terrible and sometimes you’ll just want to take a match to this whole lousy, wonderful world. But it also knows that the good things, and the good days, are really beautiful. Chloe and Rachel’s story proves that, even if you already know how it’s going to end.

Final Verdict:
AMAZING
Life is Strange: Before the Storm is an well-written, well-acted, and moving game that works both as a standalone game and a prequel.
A copy of this game was purchased by author for review purposes. Click here to know more about our Reviews Policy.