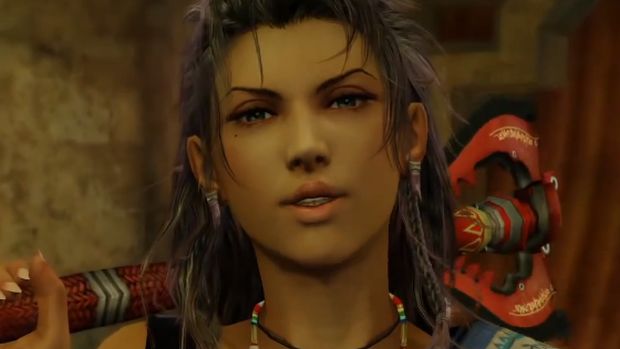 Square Enix it seems isn’t finished re-introducing characters into Lightning Returns: Final Fantasy XIII, as the developer recently announced that Fang will be in the game as well. If you’ll remember, Fang was Vanille’s partner in the first game and had an odd Australian-esque accent.

In Lightning Returns, Fang will be leading a group of desert bandits into the Dead Runes before joining the Order and working with Lightning. Along with Sazh, Vanille and Hope, Noel from Final Fantasy XIII-2 and Snow from the first game will be working against Lightning. Will this number of returning characters assure a better game? One can hope.

Lightning Returns: Final Fantasy XIII will be releasing this year in Japan, with a February 12th 2014 release in North America and February 14th 2014 release in Europe for the Xbox 360 and PlayStation 3. Stay tuned for more details as the seemingly final chapter in the Lightning saga nears closer.