Vanille returns and can now hear dead people. We kid you not.

The annoying, overtly girly and bubbly Oerba Dia Vanille or just plain Vanille (get it?) will be appearing in the upcoming Lightning Returns: Final Fantasy XIII. A new scan was revealed to indicate her appearance in the game, which seems to indicate a serious nature while still emphasizing her skimpiness. Take a look at it below. 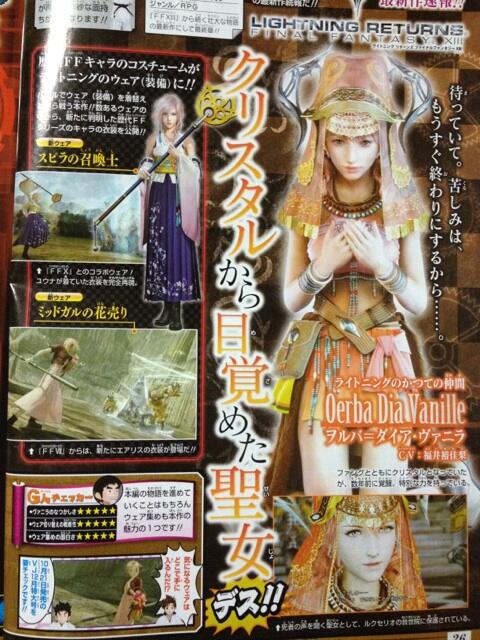 Vanille has awakened from her crystal stasis which she was trapped in at the end of the first Final Fantasy XIII, and can now hear the voices of the dead (let’s not get started on her role in FFXIII-2). Those who oppose Lightning find a great interest in her, but thankfully, the Order is protecting her in Luxerion. She can be contacted with regards to murders committed by the cult opposing Lightning called the Children of Etro. Get all that?

Lightning Returns: Final Fantasy XIII will release on February 12th 2014 in North America and February 14th in Europe for PlayStation 3 and Europe.