What does Lionhead have planned for the next generation?

Though Unreal Engine 4 made an appearance at the PS4 reveal event, it doesn’t seem like the status quo would be any different from last generation when Epic provided stellar Unreal Engine 3 support to Microsoft’s Xbox 360. 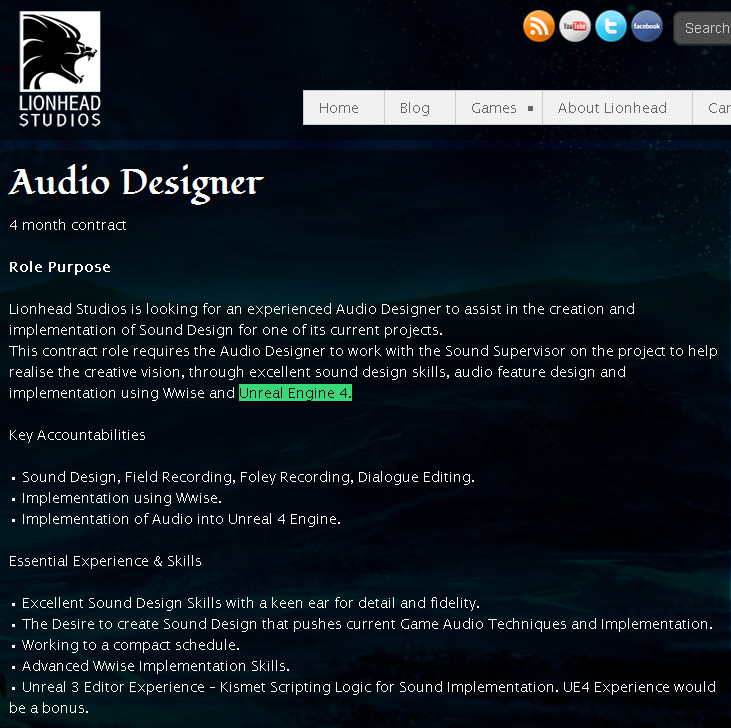 Whether it’s a coincidence or not, Lionhead Studios had put a job posting on its official site seeking an “audio designer to work with the sound supervisor on the project to help realize the creative vision, through excellent sound design skills, audio feature design and implementation using WWise and Unreal Engine 4”. The job itself is a four month contract for an audio designer.

So let this be an indication that Microsoft is gearing up well in advance for the next generation. Given that Epic Games and its stellar support for the Unreal Engine was one of the aces Microsoft held (Gears of War, anyone?), we’d say it’s only a matter of time and E3 2013 till this new development comes to light