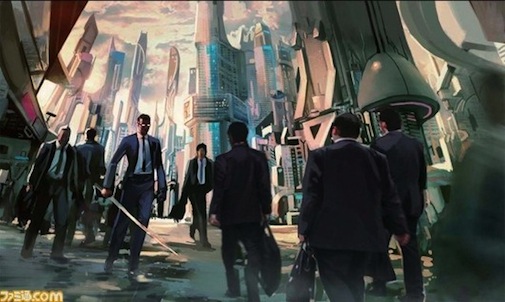 Lollipop Chainsaw was many things, and yes it had the guilty pleasure appeal to it. But a title worthy of the pedigree of Suda51 and Grasshopper Manufacture? One that stood proudly with their other bizarre greats? Yeah, no.

Grasshopper Manufacture’s next PS3-XBox 360 action title Killer is Dead seems a testament to that. Meshing the play-styles of Killer 7 and No More Heroes, you play an Executioner hunting S-Level (read: extremely dangerous and powerful) criminals. And to ensure things go smoothly, CEO Yoshimi Yasuda of publisher Kadokawa Games states they’ve been taking a lot of feedback from Lollipop Chainsaw’s release.

In an interview with Impress Watch, Yasuda talks about what critics liked and didn’t like about Lollipop Chainsaw, and how the mixed feedback in general provided new insight into what should be fixed or improved. He also mentioned that development is reaching it’s peak, so it won’t be long before promotions begin.