London 2012: The Official Video Game of the Olympic Games Review

Posted By Kartik Mudgal | On 22nd, Jul. 2012 Under Reviews | Follow This Author @KartikMdgl

Kinect games can be sometimes such a nightmare to play, mainly due to the fact that the implementation can pretty much broken or be on completely on-rails requiring you to do minimal movements. In London 2012: The Official Video Game of the Olympic Games, Sega has used it as an optional control scheme with its own events, isolating it from the main course which can be entirely played with a controller. 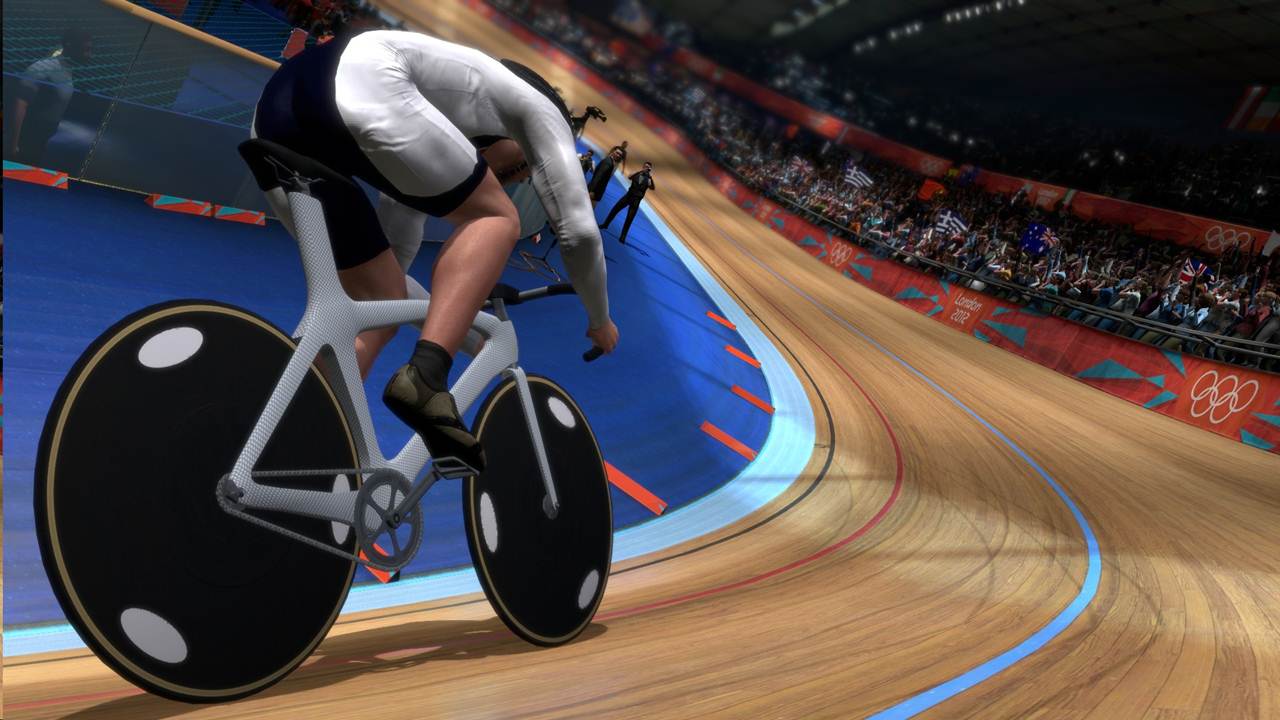 That’s the way to go about it thankfully, and something every developer should follow unless the game is developed ground up for Kinect. Now many of you won’t be that excited to play this game for the obvious reasons, since when have such games ever been in-depth with a lot of content and satisfying gameplay mechanics? It would be harsh to group this game in the same class because the production values are outstanding.

This is evident as soon as you turn on the game and reach the main menu, where a plethora of options will greet you designed extremely well and something that is pleasing to the eye encouraging you to go deep into the game. However, with a Kinect sensor enabled, the menu prompts can be downright annoying having to hover your hand at consistently can be such a chore. If there’s something that requires to be navigated using motion controllers, at least make it accessible allowing gamers to jump into a game very fast without having to guide your hand at hundred’s of prompts. That’s an exaggeration but you get my point. One thing that strikes me about this game are the visuals, which are so crisp and filled with details showing the effort Sega put into this game, accurately trying to recreate the feel of Olympics and doing justice to what is a spectacular occasion. Yes, the logo is still jarring, I cannot believe something like that was approved in the first place.

The controls take some getting used to, but there’s a nice tutorial before every event allowing you to learn how to play, and hopefully not screw up which you will if you don’t see the tutorial. Sometimes they can be pretty simple using only the right analogue stick to a plethora of buttons which can be a bit confusing if you don’t know what you’re doing. The discuss throw specifically made me pretty angry due to my inability to throw the damn thing out of the starting enclosure, however, eventually I got the hang of it but it’s not something I would play again. Ever. 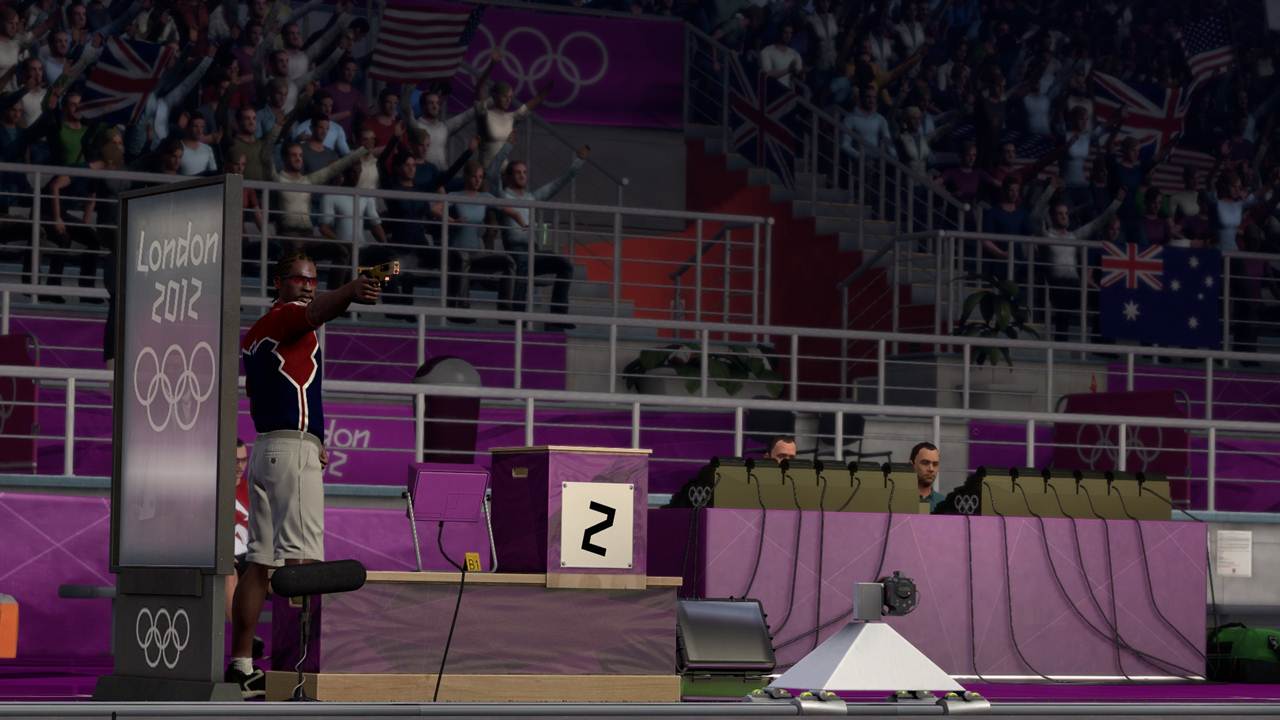 My favourite is undoubtedly table tennis event. This event requires you to just use the right analogue stick to serve and also return serves. You can add spin by just twisting the stick, which makes the whole thing satisfying to play considering how simple it is. Having invested a lot of hours on just that specific event, I’d say I got my money’s worth considering there are so many events ranging from 200 meters run, long throw, triple jump, swimming, volleyball, skeet shooting and so on.

There are specific Kinect only events which are very difficult due to they way it’s implemented. The tracking is shoddy and simply doesn’t work even in optimal lighting conditions. I may be being a bit harsh here but the Kinect support seems like tacked-on, which I was totally expecting but it’s disappointing nonetheless. Considering the simple nature of the movements you have to do rather than say running on the spot like in Kinect Sports, Rare ultilized the sensor in a better way than Sega has done here. 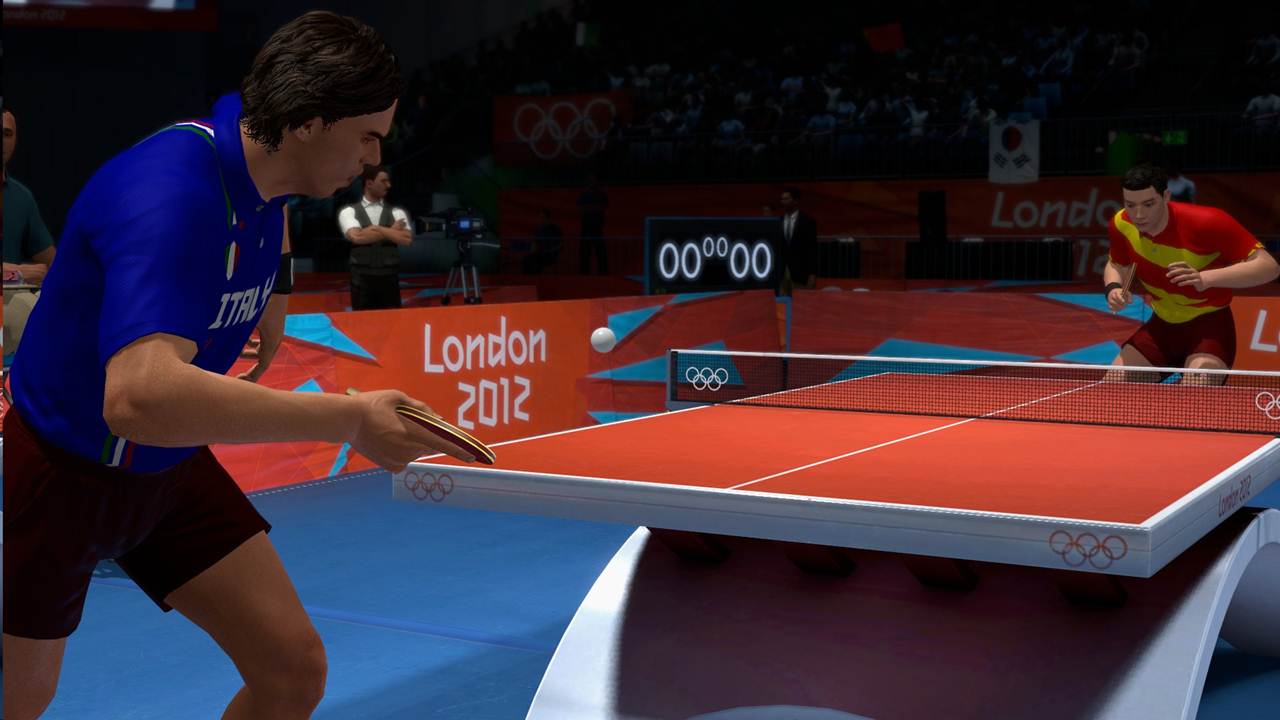 Audio plays a huge role in immersing the player into the game and gives that feeling of actually being in the Olympic games. It’s one thing this game does right and something that greatly enhances the gameplay experience. There is a multiplayer mode as well which pits you against different players and turns into a sort of turn-based JRPG with each taking alternate turns to set a high score.

London 2012: The Official Video Game of the Olympic Games has a lot of flaws from confusing controls, the simplistic nature of the game – you can call it almost arcade like. If you aren’t interested in such an experience then the only reason I would recommend the game is due to the accurate recreation of the Olympics  in video game form.

Gameplay is shallow. Controls are simplistic. Kinect support is atrocious.

If you aren't interested in such an experience then the only reason I would recommend the game is due to the accurate recreation of the Olympics in video game form.

A copy of this game was provided by developer/publisher for review purposes. Click here to know more about our Reviews Policy.
Tagged With: London 2012: The official video game of the Olympic Games, Microsoft, ps3, Sega, xbox 360