Lords of the Fallen Releasing on October 31st

Coming to PC, PS4 and Xbox One. 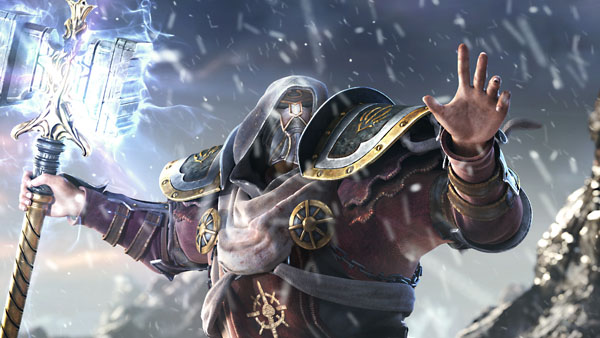 CI Games’s take on the Dark Souls formula, namely Lords of the Fallen, will be releasing for PC, Xbox One and PS4 on October 31st according to the publisher. Developed by Deck 13, it has The Witcher 2 producer Tomasz Gop on board.

Lords of the Fallen sees you playing a criminal named Harkyn who is trying to redeem himself. Sadly, this is a world where the rulers seek to banish evil. Harkyn will need to stop the war and some how find his own redemption in the process because why not?

Lords of the Fallen will retail for £49.99 on PS4 and Xbox One and £29.99 on PC. It joins a crowded line-up of October titles which include Assassin’s Creed: Unity, Battlefield: Hardline, Middle-Earth: Shadows of Mordor, Dragon Age: Inquisition, Borderlands: The Pre-Sequel, and much much more. What are your thoughts on the game? Let us know below.