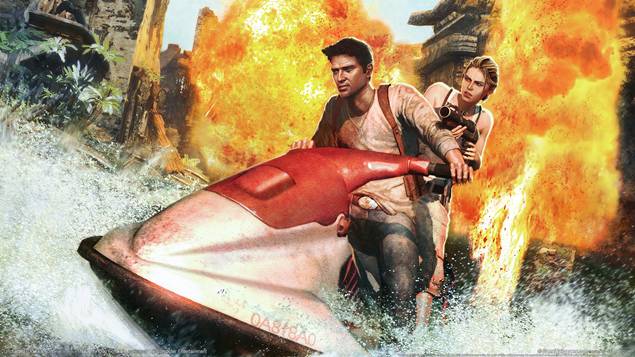 Remember Lost? Wasn’t that a great TV show? Anyway, now actor Dominic Monaghan, star of the TV show as well as the Lord of the Rings movies, may have possibly inadvertently teased a new Uncharted game in an interview about his role in the promotion of The Bureau: XCOM Declassified, reports Gamespot.

“I’ll always stay focused on the gaming world and see what’s coming up,” he said. “The new Uncharted I’m really excited to see how that’s going to be and obviously both new gaming systems.”

Of course, that’s not enough to go by, and it is entirely possible that he referenced the ‘new Uncharted’ much as people reference the ‘new Zelda’ or the ‘new Metal Gear.’ In that it might not mean anything, and maybe he is just a series fan. However, him specifically mentioning the series by name right after referring to his involvement in the gaming industry might mean that there is more to this than that.

The last Uncharted game was the middling Uncharted: Golden Abyss released for Sony’s struggling PlayStation Vita handheld; however, that title was developed by Sony Bend. Assumedly, a new Uncharted game would not be developed by champion developers Naughty Dog, the creators of the series.