Lost Planet 3 does nothing to change to revitalize the series.

The Lost Planet series has never managed to permeate the “mainstream” market. While its sci-fi, third person gameplay and setting clearly point towards the developer’s and the publisher’s intentions- of being counted amongst the likes of Gears of War and Killzone- the series has always just been… “there”. No one ever argues that it’s a bad series, but no one will ever tell you that Lost Planet and Lost Planet 2 are games that you definitely have to play. Unfortunately, Lost Planet 3 does nothing to change that about the series.

There’re a lot of things that made the first games as unique as they were (in their own way) that Lost Planet 3 unfortunately does away with, and a lot of additions it makes that make it more of a “mainstream” shooter than many of us would want it to be. None of the things it does make Lost Planet 3 broken or downright bad- because it’s not. However, the sum of all parts, the game itself, is just very underwhelming, never delivering anything truly good or anything truly bad. 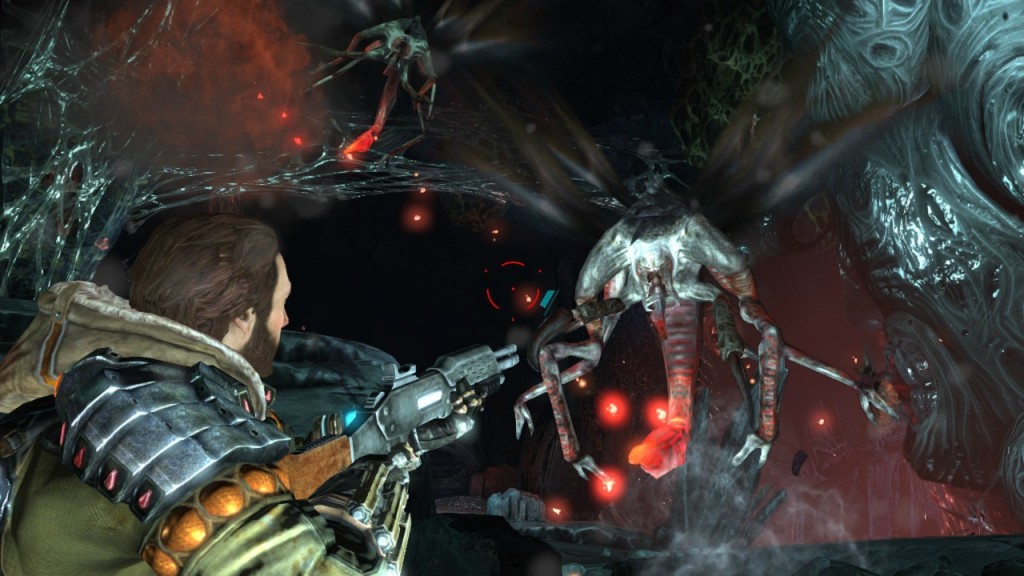 It would be unfair, however, to talk about how good the story is- the only notable good thing in the entire game. It’s the story of a very ordinary person named Jim Peyton, a guy you can easily sympathize with, and his struggles on the planet he’s been posted on.

"Sure, shooting the akrid and their gooey weak spots is fun as ever, and the boss fights against the gigantic aliens are occasionally fun, and some of the mech sections do manage to pump large amounts of adrenaline through you, but in the end, it all just becomes so repetitive, so monotonous"

The story strikes the perfect balance between Peyton’s personal life- that of his wife who’s back home and the newborn son she’s raising and how the two are coping with the distance between them- and the larger scheme of things that soon becomes visible as we find out more about E.D.N. III (the planet) and the corporation that has hired Peyton.

The main character- especially Peyton- have also been acted very well. There’s no over-dramatization of emotions or unnecessary emphasis on any reactions. It’s simple and that’s why it works. You can easily understand what the characters are going through- well, except a few who haven’t been acted so well (not counting the extras and NPCs, many of which are downright horrible)- and what their thought process would and should be in the situation they are throughout the course of the story.

It’s a shame that the game itself often tries its best to make you not want to come back to see how the narrative unravels. As I’ve already mentioned, it’s not that the game does anything or omits anything that makes it particularly bad. It’s just that it just doesn’t do enough to keep you hooked, to make you want to come back and marvel at the thrilling gunplay. Because there is no thrilling gunplay. 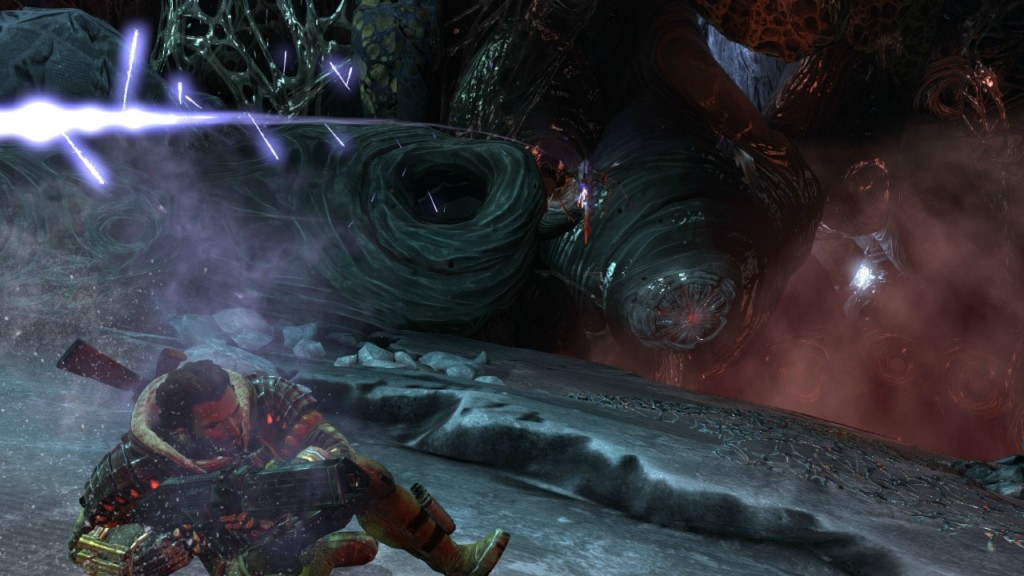 Sure, shooting the akrid and their gooey weak spots is fun as ever, and the boss fights against the gigantic aliens are occasionally fun, and some of the mech sections do manage to pump large amounts of adrenaline through you, but in the end, it all just becomes so repetitive, so monotonous that you never feel the same amount of thrill and excitement doing those things later on in the game as when you first did them.

It’s a shame- if only the developers had put a little more thought into the creativity of their gameplay segments rather than focusing entirely on the story, the game would have been much more balanced and would have been more enjoyable and more memorable for it.

In-game currency to upgrade your weapons? Check. It’s all tried and true, and none of it is implemented in a manner that will make you say “wow.” 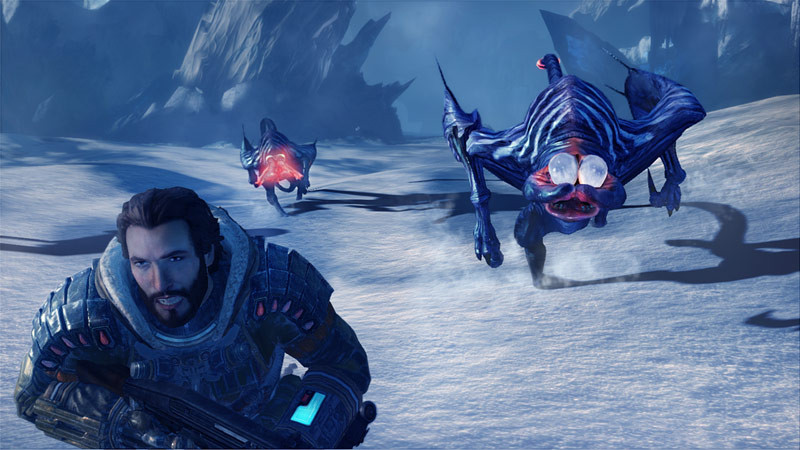 Lost Planet 3 is a very underwhelming game, then, but not a broken one. It’s got a few technical issues- bugs and invisible walls and bland textures and whatnot- but it’s not necessarily a “broken” game. It can be fun occasionally, but the monotony becomes a little too much to take at times, and it can turn you off to the idea of coming back to play the game again. Which is a real shame, because the story being told here deserves to be backed by proper gameplay.

Very monotonous and repetitive, too bland, gets boring at times, technical errors

Final Verdict:
MEDIOCRE
Lost Planet 3 is a game that doesn’t do much wrong but doesn’t do enough to make you want to play through it even once, which is a real shame because it tells a really good story.
A copy of this game was provided by Developer/Publisher/Distributor/PR Agency for review purposes. Click here to know more about our Reviews Policy.