Mad Max is an open world, third person action game where players take on the role of  Mad Max. Set in The Wasteland, Max must take every step possible to survive the harsh conditions, build the ultimate war vehicle as he embarks on a daunting journey.

With the game schedule to launch in a few days, GamingBolt recently caught with Avalanche Studios’ producer  John Fuller to know how the game is shaping up.

GamingBolt: A post-apocalyptic action title with vehicle combat sounds like a tall order, do you think a predominantly vehicle based game will please Mad Max fans?

John Fuller: First off, we do feel like vehicle action lies at the heart of the Mad Max universe. This has perhaps never been so apparent than right now with the latest installment in the Mad Max series. However, we realized early that vehicle action is really a platform. Max is a strong iconic character with a clear and compelling narrative. We have worked hard to ensure that this narrative journey shines through when you play the game.

GamingBolt: We know that the player can make use of ranged weaponry, but can you talk about how this will work with the alleged scarcity of ammunition?

John Fuller: As this is an open world, you can choose exactly how you want to approach certain scenarios. You can choose to really work a certain area and stockpile ammo. Alternatively, you may want to forge ahead, not scavenging too much ammo.

The little ammo you have in this situation is more for emergency use to get you out a tight spot. Even though individual ammo rounds are scarce enough, there is a wide range of offensive options and the game is balanced so that you should always have something to hand. If all else fails, there is always the harpoon, which is one of the most physical and versatile weapons involved in vehicle combat. 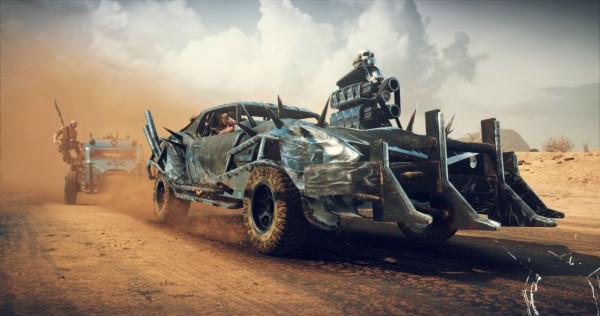 "As this is an open world, you can choose exactly how you want to approach certain scenarios. You can choose to really work a certain area and stockpile ammo. Alternatively, you may want to forge ahead, not scavenging too much ammo."

GamingBolt: What can you tell us about the melee combat? Will players have access to multiple weapons?

John Fuller: Melee combat is all about survival. Max is a resourceful and efficient fighter and this is reflected in the brawling style. He will use what comes to hand to dispatch threats as quickly as possible since he knows that every fight in The Wasteland can be your last.

This includes, disarming enemies and using their weapons, picking up melee weapons from the ground, collecting makeshift shivs, using the environment to your advantage and even wielding thundersticks either in close combat or for ranged throws. There are also upgrades for Max that will improve his chances during melee combat as he progresses through the game to meet tougher and tougher opponents.

GamingBolt: The game will feature a crafting mechanic, but is this limited to the Magnum Opus or can the player create weapons and armor for Max?

John Fuller: There are customisation aspects to your Magnum Opus and also to Max. You will not craft these things per se but you will have the ability to choose upgrades for Max’s skills, his equipment, his armour, his offensive melee options (e.g. knuckledusters) and even his appearance.

GamingBolt: How will the Magnum Opus be integrated into the game world? Is it just a vehicle for Max, or is it an essential travel tool?

John Fuller: The Magnum Opus is used to travel, it is used as a weapon, it is used as shelter and it is a constant reflection of the choices you as the player have made in defining Max’s journey. 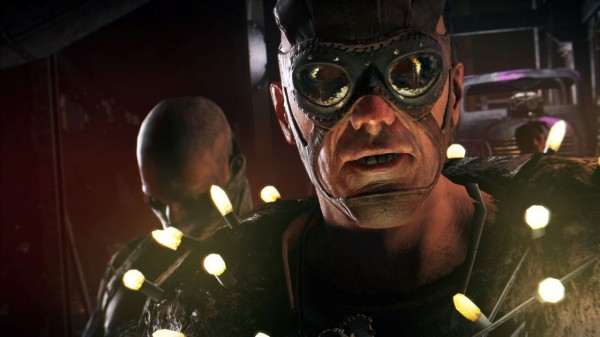 "There are no finite limits to the map… in other words, there is no “one side”. You can continue driving into The Big Nothing until you get bored or killed."

GamingBolt: Is the game going to run at 1080p on both PS4 and Xbox One?

GamingBolt: How big is the map size? Roughly speaking how much time will it take travelling from one end of the map to another?

John Fuller: There are no finite limits to the map… in other words, there is no “one side”. You can continue driving into The Big Nothing until you get bored or killed. Our tech can support enormous worlds but it is always a case of balancing the density of content and travel distances so that the player feels they are in a rich world