Fans of the horror genre have been treated to a cavalcade of excellent games in recent years, and indie developers in particular seem to have taken to the genre. BLOODIOUS GAMES is looking to make its mark as well with the upcoming MADiSON, and so far, everything we’ve seen of the game has looked promising, from its blend of psychological and survival horror to its emphasis on storytelling, and more. We recently reached out to its developers, who answered plenty of our questions, revealing new details about how MADiSON is tackling exploration, horror, pacing, and much more. Below, you can read our interview with BLOODIOUS GAMES founder and MADiSON creator Alexis Di Stefano.

"MADiSON is a great mix between psychological and survival horror, so the game will be going from one subgenre to the other a few times, creating a varied and terrifying gameplay experience."

I totally agree, creating the perfect climax in terms of horror is not just playing a creepy song in the background or having a disturbing enemy.

I do think that the atmosphere is more important than the direct depiction, and that is something I really paid attention to while designing the game.  It takes a lot of hard work to achieve a good and scary atmosphere, and it’s even more difficult to make the tension rise and decrease as desired.

We won’t be scaring the players with random jumpscares or generic scares. Instead, the game has a strong storytelling that will be driving players to different directions depending on the events of the game. So I can assure that MADiSON shakes the formula, and creates a great balance between the story events and the horror atmosphere players will be immersed in. MADiSON is a great mix between psychological and survival horror, so the game will be going from one subgenre to the other a few times, creating a varied and terrifying gameplay experience.

MADiSON is, of course, placing plenty of emphasis on storytelling, which tends to go hand-in-hand with psychological horror. What can you tell us about the game on that front? How crucial is the story to the experience?

The story plays a vital role. Before even starting the development, I worked on the script for several months in order to make sure of what direction to follow, as well as in how to narrate the multiple stories.

MADiSON is about a 16-year-old boy called Luca, who wakes up locked in a dark room, covered in blood, his family’s blood. That’s how the story starts. Without spoiling too much, he manages to escape that room through his grandpa’s house, and as soon as he gets there, Luca realizes that the present he received for his birthday belonged to a serial killer 30 years ago.

What’s the nature of the entities players will have to contend with in MADiSON, both in terms of storytelling and how they’ll affect the way the game is played?

The entities the player will encounter during the game are all dead. We should start from that point. As they are no longer alive, they don’t follow human world’s rules, and this is key for understanding the game’s gameplay.

In each section of the game, the player will have to adapt the way he/she is playing, because as there are no rules to follow, each entity will have their own ones. As you progress in the game, the gameplay mechanics will change and you’ll end up in different situations, environments and surrounded by different entities. This allows us to create a unique gameplay experience that will keep changing as the story progresses so it keeps fresh and scary even after playing for a couple of hours. 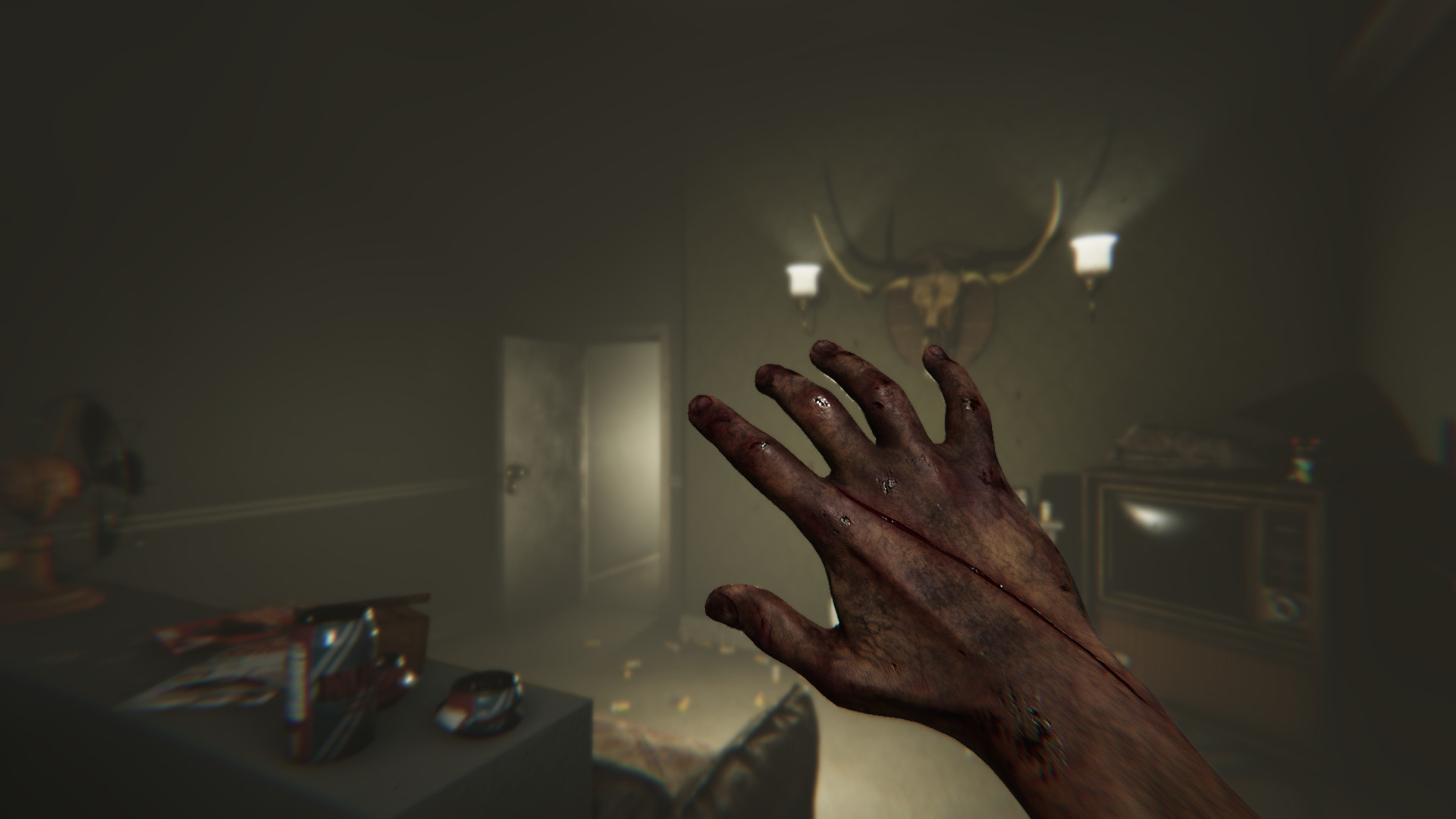 Something that horror games quite often put a lot of emphasis on is exploration, which tends to go hand-in-hand with interconnected level design that encourages backtracking. Is that something players can expect from MADiSON as well, or is it a more directed and forward-moving experience?

MADiSON mostly takes place in Luca’s grandparents house. It’s not a mansion, but the house is quite big. At the very beginning of the game, most of the doors are locked so the rooms you can enter are limited. However, as you start making progress, you’ll be able to access new areas of the house. This is something that happens from the start to the very end.

That being said, the level design focuses on getting to know the house as if it was yours, slowly unveiling its secrets and unlocking every door. MADiSON is not the type of game in which you go from one place to another without being able to go back, so expect exploring from head to toe the main house, because most of the experience will take place there.

Taking photos and manually developing them seems to be the central mechanic in MADiSON. Can you talk to us a bit more about that and how it will factor into things such as puzzles or encounters against enemies?

As I previously said, the gameplay 100% focuses on the usage of the instant camera. It will allow the players to connect the human world with the beyond, so as it sounds, the camera is used for a lot of different situations during the game.

The camera triggers paranormal events with each picture that is taken with it. Some examples of these are to alter  reality by bringing elements from the afterlife into the world of the living or to open a path by breaking walls and/or objects. I could make a list but I don’t want to spoil that much!

Thanks to the pictures players are able to take with it, they will also get clues and answers to be able to solve puzzles.

In terms of the entities, every one of them behaves differently, so again, without spoiling too much, I’d say that the gameplay will change from one encounter to another, but yes, the question everyone wants me to answer, you’ll need the camera to stay alive.

As players progress further in MADiSON, what should they expect from it in terms of how varied it keeps the experience? What sort of a mix between stealth, exploration, and perhaps combat should be expected?

MADiSON mixes both subgenres survival and psychological in such a way the 6h+ gameplay keeps fresh, unique and terrifying from one section to another.

I wouldn’t say it has a lot of stealth moments, because it’s not a hide and seek type of game, but for sure you’ll try not to attract unwanted attention in other ways.

The game has different survival and psychological sections that focus on different types of gameplay, such as puzzle solving, pure survival, or more story driven.

What can I say is that the mix of both subgenres feels strong enough to make players feel invested in the overall experience, because they’ll never be able to predict what type of gameplay comes next. 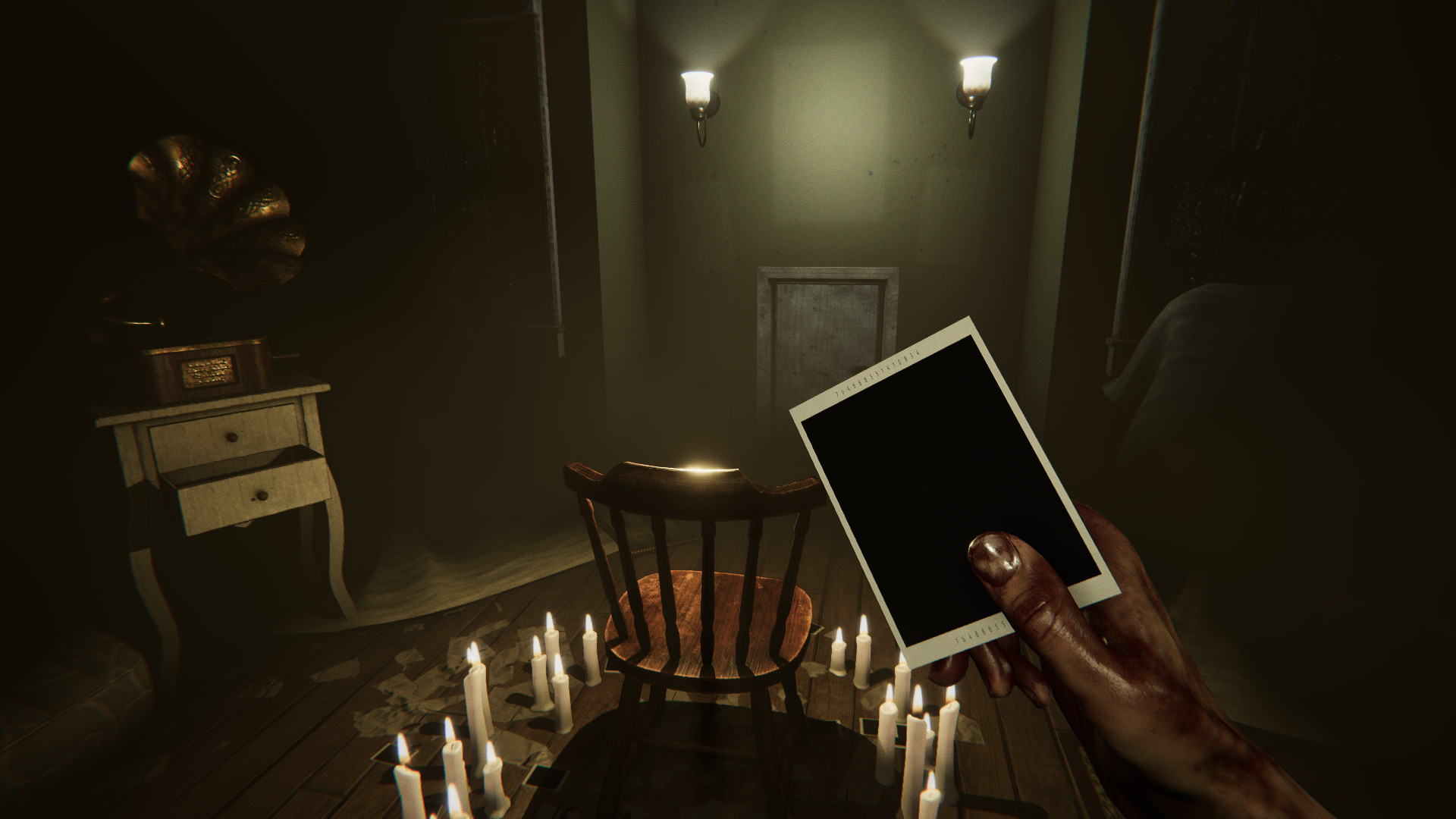 "MADiSON mixes both subgenres survival and psychological in such a way the 6h+ gameplay keeps fresh, unique and terrifying from one section to another."

What can you tell us about MADiSON’s random events and puzzles? How much will they vary from instance to instance? What was the process like of implementing them in the game and ensuring that they worked well within its framework?

This is such a good question! We really wanted to make sure that players would not get fully spoiled if they watch other streamers playing the game on the internet. So, in order to be able to achieve this, I designed some strategies that would help us avoid that.

Every puzzle in the game will have different solutions from one run to another, so players won’t be able to look for the solutions on YouTube, for example. The game chooses your puzzle solutions when you hit play. Same happens with the randomized events, the games chooses when and where to place them, so it’s almost impossible even for us to know when and where they are happening.

Roughly how long will an average playthrough of MADiSON be?

It really depends on the player, but for a first run, I’d say it can take something between 6-8 hours. For sure it can take a little longer if you want to find every collectible, unveil every secret of the house and unlock the 30+ achievements.