The new courses are Spiky Balms and Blustery Basin, each with their own obstacles and hazards. CPU Skill can also now be adjusted. 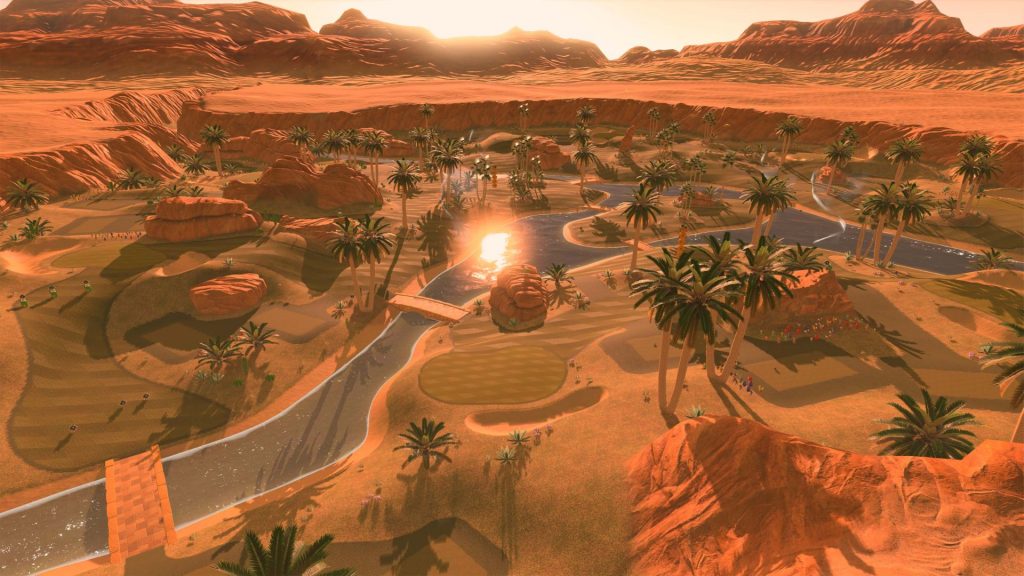 A new update is available for Camelot’s Mario Golf: Super Rush which adds new playable characters – Koopa Troopa and Ninji – and two new courses for free. The new courses in question are Spiky Palms and Blustery Basin – check them out in the update trailer below.

Each character is fairly unique in their own ways. Koopa Troopa’s Special Dash allows for freely changing the direction of movement and can be used to dash on water. Hitting other players will increase acceleration. Ninja, who has the highest Speed in the entire roster, can glide with his Special Dash and his Special Shot will knock away other balls while bouncing.

As for the new playable courses, Blustery Basin is snow-themed and has Snow Pokeys, Cooligans as a new obstacle and blizzards which result in stronger winds. Spiky Palms is desert-themed and has regular Pokeys, Spikes and rain that reduces shot travel. Update version 3.0.0 also allows for changing the CPU Skill with options like Amateur, Pro and Champ, and adjustments have been to Ranked Matches. For more details, check out the patch notes here.