Wiggler and Shy Guy are added as playable characters, while the game also gets two new golf courses and modes.

The new courses are Spiky Balms and Blustery Basin, each with their own obstacles and hazards. CPU Skill can also now be adjusted.

The first free update for the golf game has added some interesting new things, in addition to also bringing improvements to the motion controls.

Mario Golf Super Rush is good, but it could have been significantly better.

It's an eventful week for the Japanese sales charts, with seven games in the top 10 being new releases. Switch tops the hardware charts again.

Ratchet and Clank: Rift Apart is pushed down to third place, while Bandai Namco's Scarlet Nexus debuts in eighth position.

A new character hits the courts in June.

The demo is live now and unlocks some in-game content.

Mario Tennis Aces’ Newest Trailer Shows Off Pauline, Who Is Joining The Roster

Pauline jumps up in the air, jumps up, because she doesn’t care, jumps up till her cares all soar away.

You’ve met with a terrible fate, haven’t you?

Available in September, exclusively at Walmart.

The bulk of that budget went towards Mario Tennis. 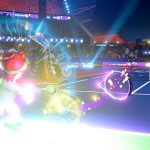 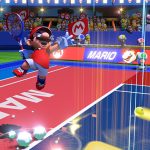 Nintendo Switch has another strong week in Japan on the back of multiple new releases.

Some fans are unhappy that Mario Tennis: Aces doesn't allow for full length regular tennis matches, and want their money back.