Splash can be used to bounce opponents back while Shock damage can hit multiple times. Puzzle-solving and exploration are also showcased. 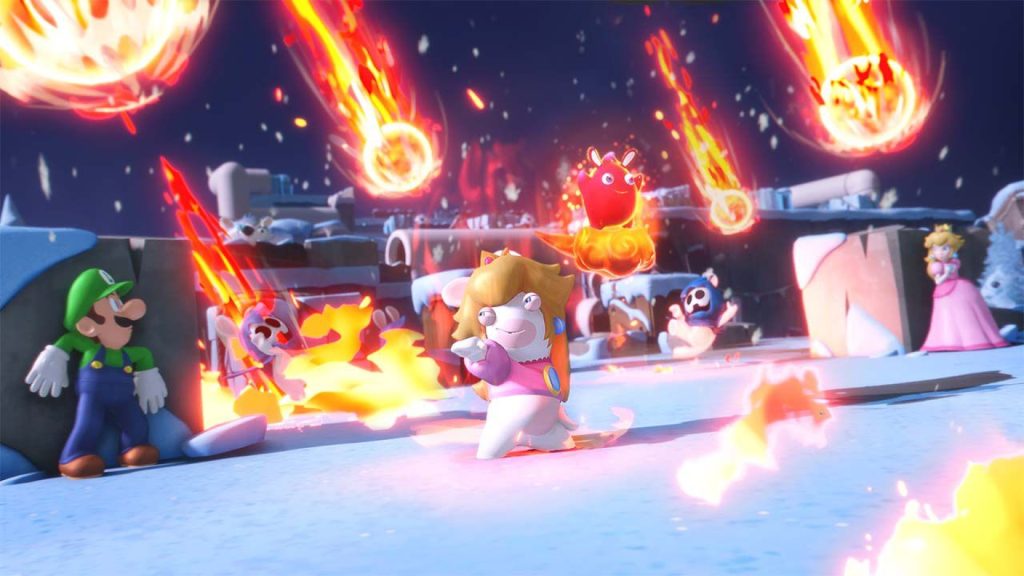 Mario + Rabbids Sparks of Hope recently went gold ahead of its release next month. Various outlets have thus released new gameplay and impressions, including Game Informer, which provided a closer look at different status effects. Check it out below.

The video sees Mario, Rabbid Peach, and Edge fighting off the Sea Stooges and needing to take down 12 of them to earn a new Spark. The Stooges can deal Splash damage which bounces a target back on hitting them, making it very good for out-of-bounds kills. Shock damage is effective against them, and we see the trio using dashes, jumps, and more to close the distance.

The Winter Palace and its planet also highlight the expanded exploration that players can expect. There’s a lot to discover, from opening secret areas to gathering coins to solving puzzles. Of course, those who want to mainline the story and ignore the side content can do so.

Mario + Rabbids Sparks of Hope releases on October 20th for Nintendo Switch. For more gameplay and combat, including a boss battle against a Big Wiggler, head here.