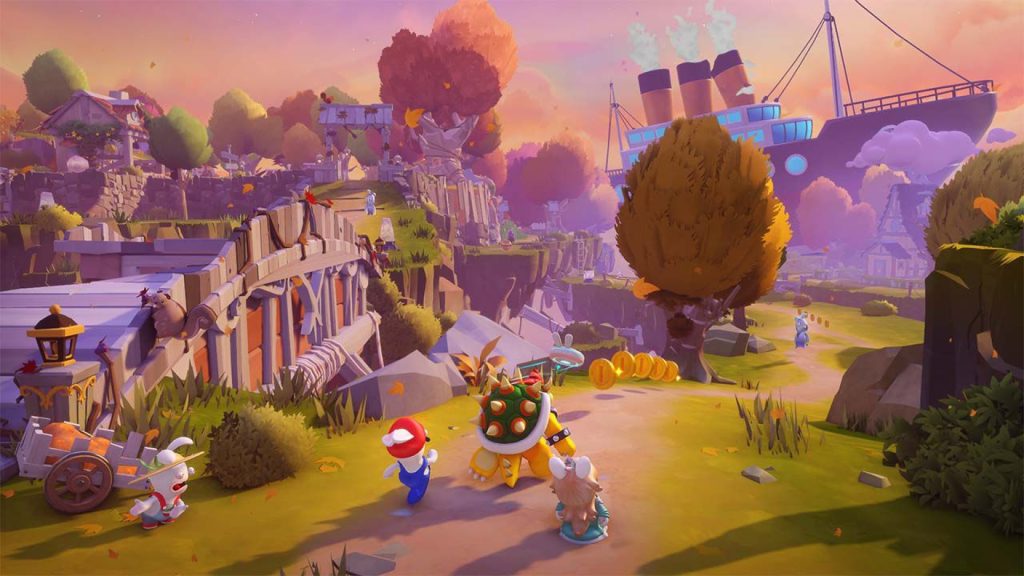 Ubisoft finally broke its long silent on Mario + Rabbids Sparks of Hope with its recent gameplay showing, releasing plenty of new gameplay footage and revealing new details. The turn-based tactics title is certainly looking like it’s going to be improving and expanding upon its already-excellent predecessor in several ways- so it shouldn’t come as a surprise that it’s also going to be a more hefty download.

As per Mario + Rabbids Sparks of Hope’s updated Switch eShop page, the game will have a file size of 7.1 GB. That’s about what you’d expect from a Nintendo Switch game, and especially by modern standards for games on any platform that isn’t the Switch, that’s a blessedly small size. Compared to its predecessor Kingdom Battle, however – which has a file size of just 2.9 GB – that’s quite a leap. In fact, even Kingdom Battle and its expansion Donkey Kong Adventure put together stand at 4.4 GB.

Mario + Rabbids Sparks of Hope will launch exclusively for the Nintendo Switch on October 20.