Travel the galaxy to save the Sparks from Cursa. The turn-based tactical strategy title is out on October 20th for Nintendo Switch. 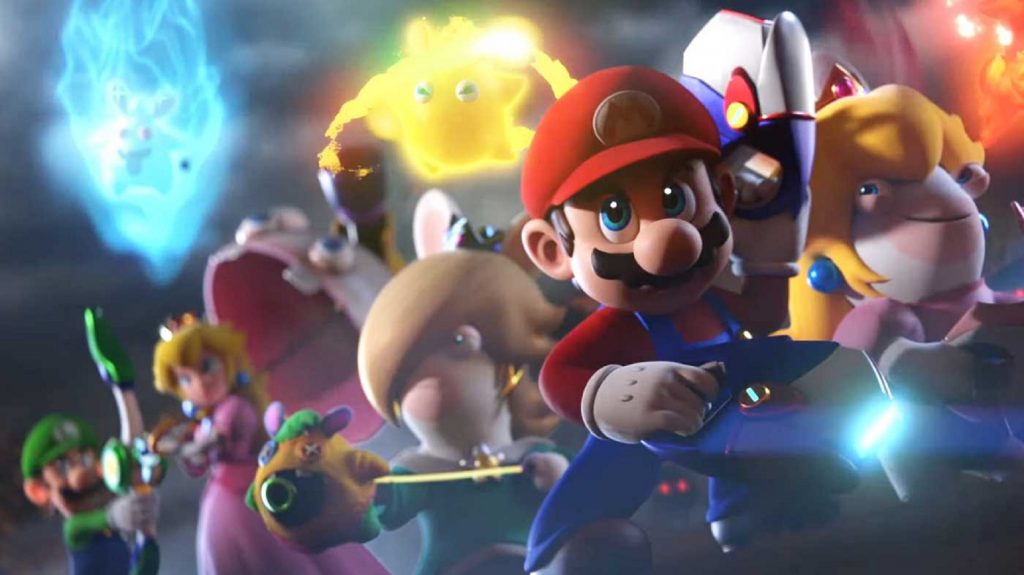 Following its release date announcement yesterday, Ubisoft hosted a special showcase for Mario + Rabbids Sparks of Hope. It featured more gameplay of the various locations that Mario and friends will venture to, from ice-covered lands to desert planets, along with combat. Check it out below.

The story of Sparks of Hope sees the Sparks being captured by Cursa, a malevolent force. Since her campaign threatens the galaxy, it’s up to Mario, Luigi, Princess Peach and the Rabbids to help out. Joining them is Bowser, who wants his army back from Cursa, and Edge, the sword-wielding Rabbid. Rabbid Rosalina is also new, touted as the first “jaded” Rabbid.

Each hero has a specific weapon that caters to a certain play style. Rabbid Mario is a melee combatant who fights with power gloves while Bowser can launch explosive projectiles. They also have unique techniques with Peach creating a shield on all allies, Rabbid Mario initiating counterattacks and Rabbid Rosalina putting all foes to sleep. There are also specific traits, like Luigi’s sharp-shooting abilities allowing him to deal more damage the further he is from a target.

Sparks can also help out in combat, unleashing elemental attacks. With no grid movement, your team of three can freely move within a specific area, flanking foes and creating opportunities (like Combos to deal massive damage). Exploration in the worlds themselves is also freer and you’ll meet various NPCs that dole out missions. Collecting Blue Coins, depositing fish in a fountain within the time limit, puzzles and much more await.

Last but not least, Grant Kirkhope is confirmed to be returning as the composer, joined by Gareth Coker (Ori series, Halo Infinite) and Yoko Shimomura (Xenoblade Chronicles, Kingdom Hearts series).

Mario + Rabbids Sparks of Hope is out on October 20th for Nintendo Switch with pre-orders now available. Stay tuned for more details and gameplay en route to launch.