The sports title is receiving its first free update later this week, and Nintendo confirms that two more will be coming before the end of 2022. 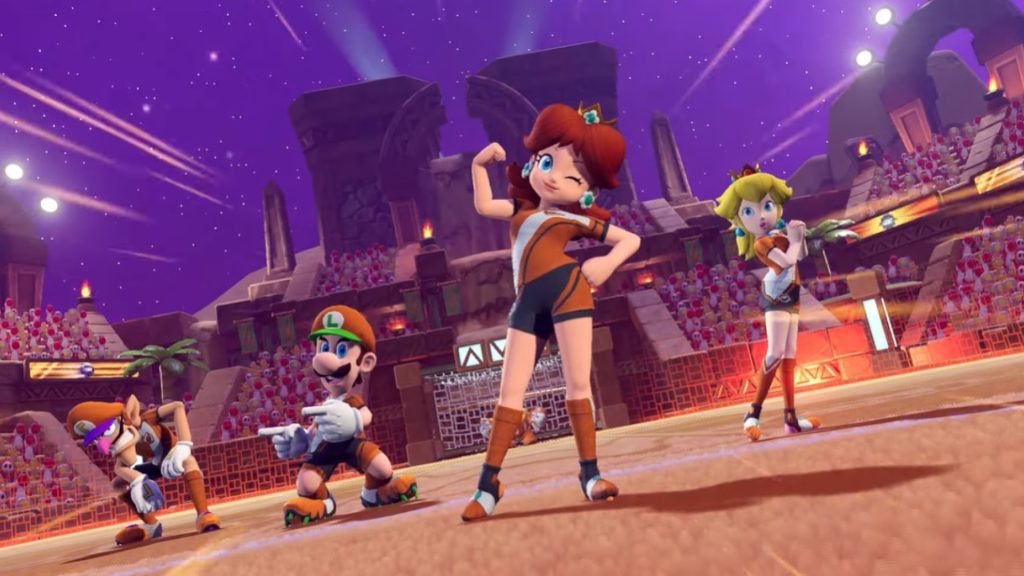 Mario Strikers: Battle League launched a little over a month ago, though as Nintendo confirmed before its launch, the sports title will be receiving multiple free post-launch updates over the coming months that’ll add new characters and more content. The first of those updates will be arriving soon, with Nintendo having announced that Mario Strikers: Battle League’s first free update is coming later this week, on July 22.

That update will, first and foremost, add two new characters (pre-launch leaks claimed that there would be 10 post-launch characters in total). One of these new characters was one that fans weren’t happy with the omission with for the game’s launch roster- we are, of course, talking about Daisy, who is now coming to the game. By the looks of it, she’ll be focused primarily on technique, though her strength and passing attributes are also decent.

The second new character is Shy Guy, who, of course, was also among the names that fans were hoping would arrive post-launch. Shy Guy doesn’t specialize in any one area of the game, though as his stats indicate, he’s a bit of an all-rounder. Both Daisy and Shy Guy obviously also have special abilities to use on the pitch.

The update also adds the new Desert Ruin Stadium, while new knight-themed gear will also become available. The latter will improve strength and shooting stats, though that will come at a cost in other areas. You can get more details in the update’s trailer below.

Mario Strikers: Battle League is available exclusively on the Nintendo Switch. Nintendo has also confirmed that two more free updates will launch for the game before the end of this year.