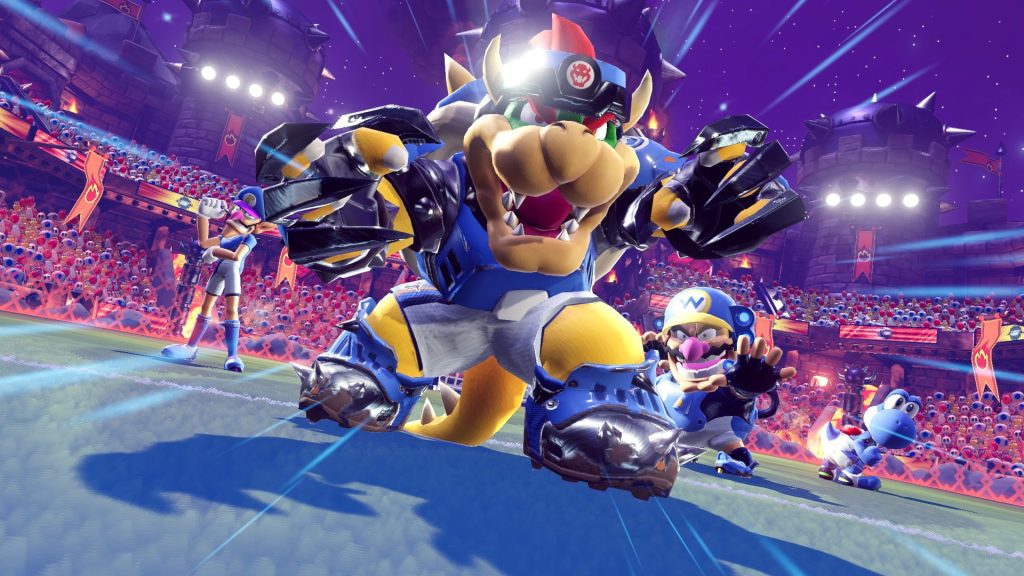 Nintendo has officially confirmed that Mario Strikers: Battle League will receive free post-launch updates, including additional playable characters. More details on these updates will be revealed “in the future.”

Be ready for more no-holds-barred Strike action following the launch of #MarioStrikers: Battle League, as there are free post-launch updates coming, including new characters!

Keep an eye out for more details on updates in the future. pic.twitter.com/MEDzNzlh5j

Mario Strikers: Battle League, Nintendo’s next big Mario sports title, is almost upon us. Next Level Games has released a free demo on the Nintendo eShop which offers online multiplayer support (for a limited time) and also revealed the game’s opening cutscene. But what about after launch? According to Game Informer, Nintendo has confirmed “multiple” post-launch content drops for free.

Who will make the cut in Mario Strikers: Battle League? We’ll find out in the coming months. The full game is out on June 10th for Nintendo Switch. Check out the overview trailer here for more details and the launch roster of 10 characters here.