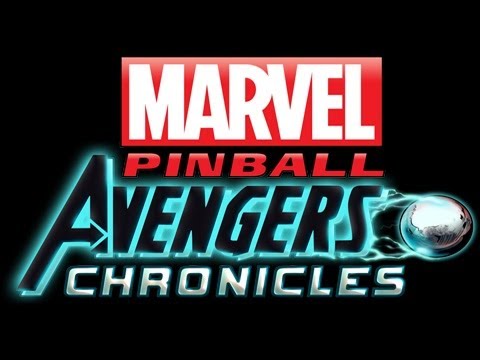 Here again, for the third time in less than a year, I am faced with a rather unique conundrum: that of reviewing a pinball game. A bad pinball game is still easy to review, noting as I can all the shortcomings and faults of the title, but a good pinball game is a pain to assess. What can one actually say about it? Either it works, or it doesn’t. If the mechanics are solid, and the tables well designed, then what more is there to say?

Unfortunately for me as a reviewer, but fortunately for Zen Studios, and avid fans of their Pinball games, Marvel Avengers Chronicles, which adds four Avengers themed tables to the increasingly growing repertoire of their fantastically themed pinball tables, is great. It retains the sound mechanics of their earlier pinball games, and it gives us some devilishly well made pinball tables. 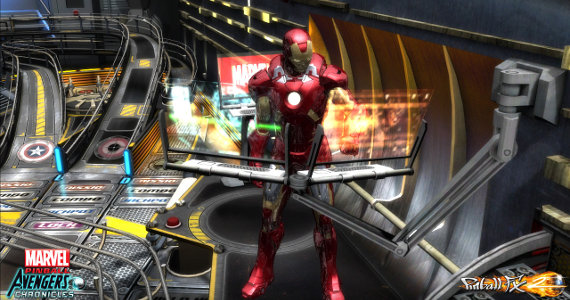 The Avengers table is themed on the hit movie from earlier this summer, and it provides a bird’s eye view of New York City, with Loki sitting atop the table, watching the proceedings malevolently. The table involves each Avenger represented by a special pinball, and each pinball having different properties, meaning that there is more depth to be had here than in any other pinball table till date in any form, physical or digital. Add to that the intricate table design, the witty quips from the movie, and the loving homage to the Marvel Universe that the table so obviously is, and you have one expertly made table that would probably justify the price of entry all by itself. 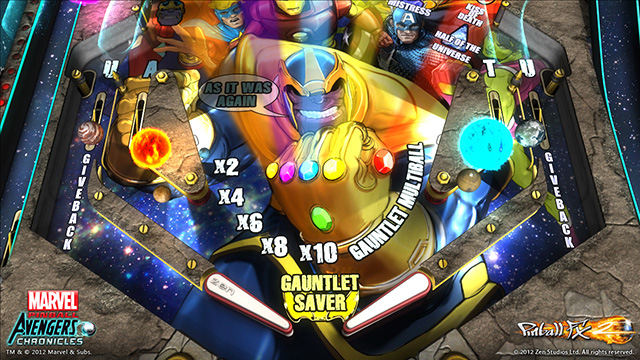 Not that it has to, because the other tables are equally great. Fear Itself is another great table, intricately designed with some great use of Marvel artwork as table elements (hello, Captain America shield flippers!), and some intense pinball action that is aided by the magnetic pinballs of Serpent, this table is definitely the most brutal of the four provided. The premise, which has the Avengers facing off against Asgardian baddy Serpent, is pretty neat too, and nice fan service for those familiar with the Marvel Universe, as well as possibly a good introduction to what might be the premise of a future Avengers movie.

There are two other tables on offer here- World War Hulk, which follows the recent comic book arc, and has the Hulk somehow managing to instigate all the superheroes of the world against each other, while he himself attacks Manhattan, meaning not only do you have to manage the evacuation of the city, but also control Hulk himself here, all in pinball form; and there is also The Infinity Gauntlet, which has Silver Surfer as its starring lead, although it seems to have little to do with the Avengers itself. It’s a great designed table, though. 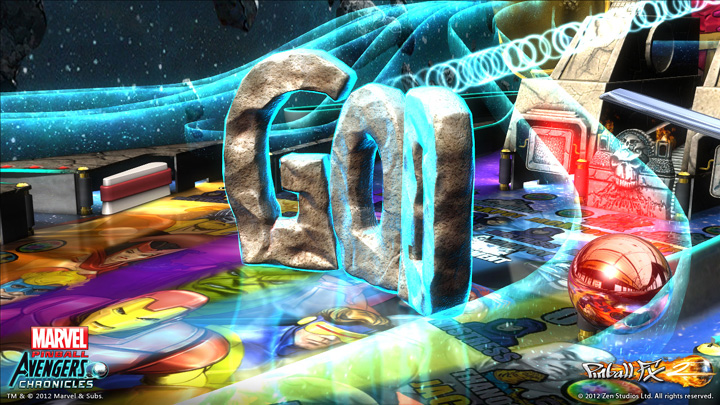 There’s little more I can say beyond an assessment of the tables. The pinball mechanics are solid; the production values are jaw dropping, and possibly exceed those of many retail games; the fan service is incredible; the multiplayer modes and online leaderboards serve to add a lot of replay value to a game that scant needed it.

Really, at this point, you probably know the drill already. It’s a great game, and at $10, it’s recommended without hesitation, particularly if you are a Marvel fan, a pinball fan, or a fan of any of the previous Zen Pinball games. Actually, in the future, take that as a mantra for every Zen Pinball game released, and you’ll save yourself a lot of time and trouble.

It's a great game, and at $10, it's recommended without hesitation.