A few classic costumes will come free of charge at the month's end.

Marvel Ultimate Alliance made a triumph, and very unlikely, return thanks to Nintendo and Team Ninja with Marvel Ultimate Alliance 3: The Black Order. The game features that familiar burst of nostalgia and fun times with a multitude of characters from the obscure to the popular. The game will continue getting content, with the first expansion coming soon, but there’s also free material coming with some classic costumes.

In a Marvel Minute feature, we got the announcement that at the end of the month we’ll get some free costumes along with some free characters in the form of Cyclops and Colossus. The costumes are some great callbacks with the Black Suit Spider-Man, Captain Marvel’s old Ms. Marvel look and Hulk’s battle armor from Planet Hulk. You can see them below. 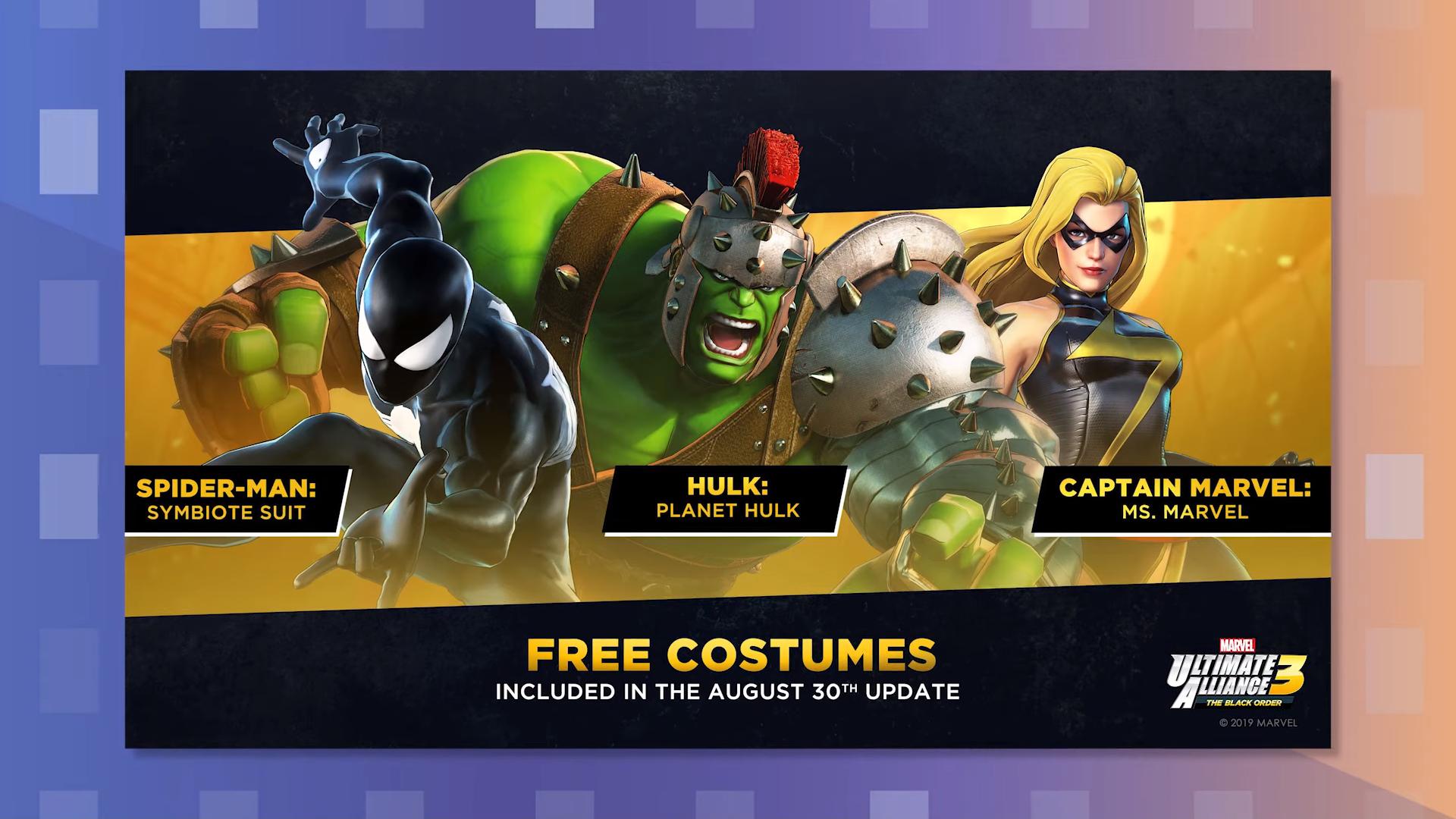