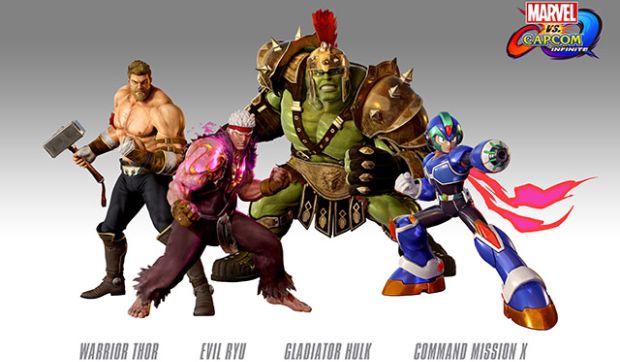 Worlds will collide once more in Marvel vs. Capcom Infinite, the latest crossover fighting game encompassing Marvel and Capcom franchises like Avengers and Mega Man X. Those who pre-ordered the game will receive special outfits. Check out the trailer below.

There is a catch though. Standard Edition pre-orders receive Warrior Thor and Evil Ryu while the Deluxe Edition will grant you both of those along with Gladiator Hulk and Command Mission X. The references are fairly cool – Gladiator Hulk is a throwback to World War Hulk, Warrior Thor references the upcoming Thor: Ragnarok and Command Mission X is how Mega Man X appeared in the special action RPG of the same name.

Marvel vs. Capcom Infinite also has a Character Pass which will bring six post-launch characters which have yet to be officially confirmed. The game itself is out on September 19th for Xbox One, PS4 and PC.