The webslinger might be arriving in the early months of next year.

The fact that Spider-Man will be coming to Marvel’s Avengers as a DLC character in 2021 should be cause for celebration- which it is… but not for everyone. Him being exclusive to the PS4 and PS5 versions of the game has stirred up a fair bit of controversy over the last couple of weeks- beyond all that though, when exactly can PlayStation owners look forward to playing as him in Crystal Dynamics’ upcoming game?

Well, we don’t have a clear date for that from any official channels, but UK retailer GAME might have spilled the beans. A Reddit user recently got an email from the retailer (via MP1st) in which it mentions that Spider-Man will be added to the game’s roster of playable characters next March. You can take a look at a screencap of the email in question below.

This is unofficial information, of course, and there is a chance that the retailer simply made a mistake- but then again, there’s every chance that it let the launch window for the character slip before it was supposed to. Either way, we’ll keep you updated, so stay tuned.

Marvel’s Avengers is out for the PS4, Xbox One, PC, and Stadia on September 4, and later in the year for PS5 and Xbox Series X. You can check out its PC requirements through here. 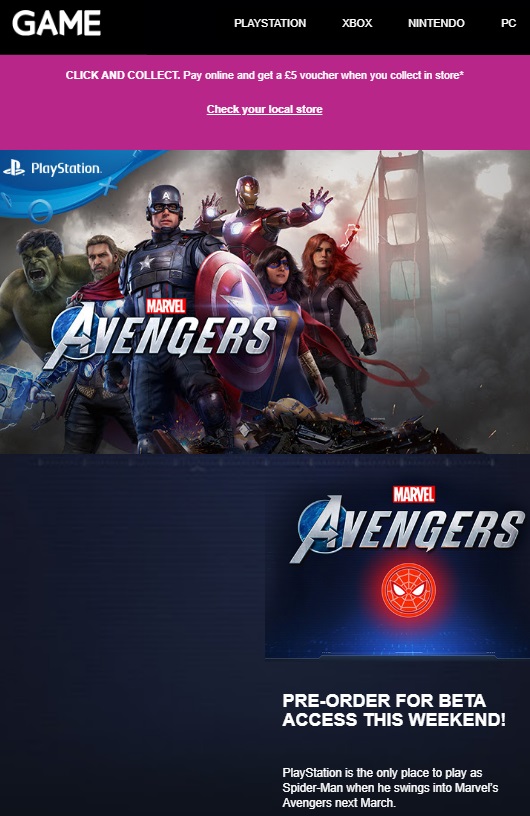