Each Guardian brings something potent to the table in fights. Here are all of the skills that can be unlocked and which ones are most recommended. 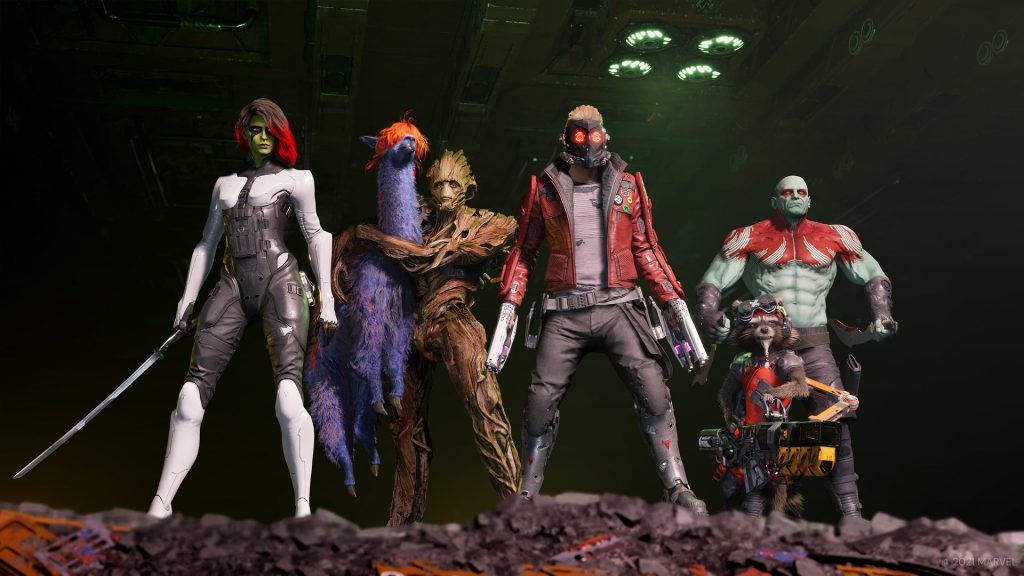 Each character in Marvel’s Guardians of the Galaxy has different skills to unlock, which is done by earning experience points and skill points. As Star-Lord, the number of skill points unlocked depends on how high your Style rating is after each fight. Deal enough damage without taking any hits and the Style rating will be pretty good. The skill point bar will thus fill up and dole out a skill point.

Unfortunately, skill points are in a pool rather than available for each character. This means that the skill points you earn must be spent to each character’s skills separately, instead of just Star-Lord. Fortunately, it’s well worth investing in your teammates since they each play unique roles. Each Guardian has four different skills – let’s take a look at all of them, starting with Star-Lord.

Next up is Gamora who is very good at inflicting single-target damage but can also handily dispatch multiple enemies. Her skills are:

Drax specializes in Stagger damage which can be very useful in fights with tankier foes. Staggered foes take more damage and become immobilized for a brief period so it’s definitely worth investing in Drax’s skills. Let’s take a look at all of them here:

Rocket is the ranged DPS of the group that specializes in clearing out hordes of foes. Check out all of his unlockable skills below:

Finally, there’s Groot who specializes in crowd-control, specifically binding enemies in place. He’s also capable of acting as a decent support when the team is down and out. Check out all of his abilities below:

Some abilities are better than others in different situations – for instance, using Groot’s Mammoth Grab and Drax’s Destroy to stagger a foe before following up with Gamora’s Deadly Strike or Execution and Rocket’s Five Barrel Barrage. Even the “best” abilities for Star-Lord depend on whether you’re keen on taking stock of the battlefield and coordinating your party (Vantage Point) from a distance or being up-close in the action (Fan the Hammer and Shield of Spartax). It’s all up to you.

Marvel’s Guardians of the Galaxy is available now for Xbox Series X/S, Xbox One, PS4, PS5, PC and Nintendo Switch. For more combat advice along with general tips and tricks, head here. You can also read our official review here.