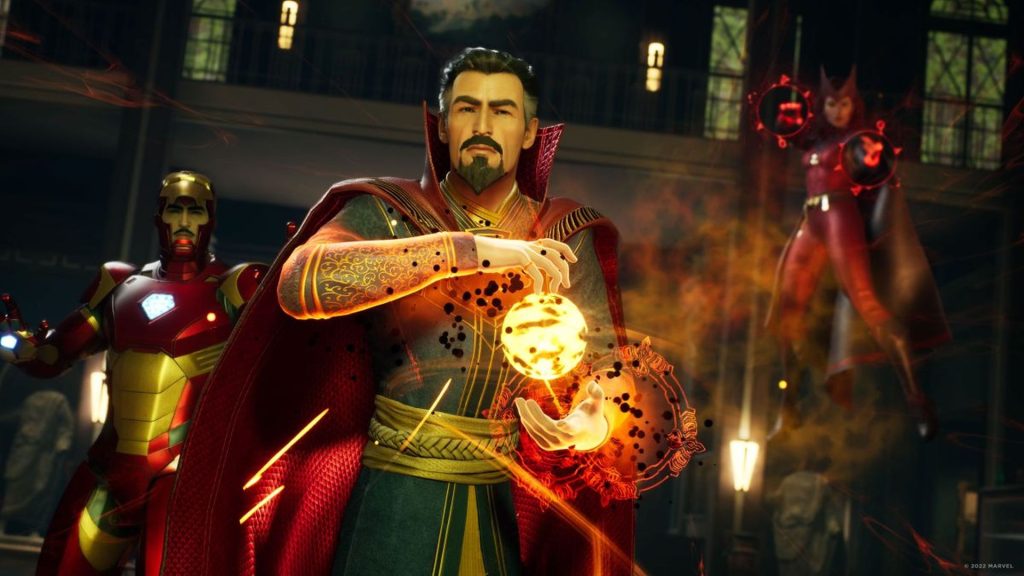 Firaxis has been focusing on each playable hero of Marvel’s Midnight Suns recently with Doctor Strange receiving the most recent hero spotlight trailer. In a new video, strategy YouTuber ChristopherOdd goes over the Sorcerer Supreme’s various abilities, passives and much more. Check it out below.

As a Support hero, Strange is capable of granting protection, healing and restoring Combat Items. He pairs best with heroes that don’t use too much Heroism and gains Enhanced with a minimum amount of Heroism, which provides different bonuses. Some of his cards include Astral Meditation, which restores Combat Item uses.

These are single-use consumables selected before a mission and used at any time. It also provides two additional Redraws and generates some Heroism. Upgrading it allows one to restore an additional Combat Item use and draw the last Attack Card played. Vapors of Valtorr can conceal Strange or any ally for one turn, making them untargettable. When upgraded, it can restore health and apply 2 Fast, which reduces Heroic Card cost.

Shield of the Seraphim applies Resist to the entire party, preventing the next instance of damage, while also curing everyone of status effects. When Enhanced, it provides another stack of Resist. As for his passive, The Greater Good generates Heroism each turn with a 50 percent chance. It restores 2 Heroism when upgraded and is considered one of the best Passives in the game.

Marvel’s Midnight Suns is out on October 7th for Xbox One, Xbox Series X/S, PS4, PS5, and PC with a Nintendo Switch release later. Stay tuned for more details on other heroes in the coming months.