Nico is a support hero who can harness the Staff of One for random results, from copying Attack cards to damaging random enemies. 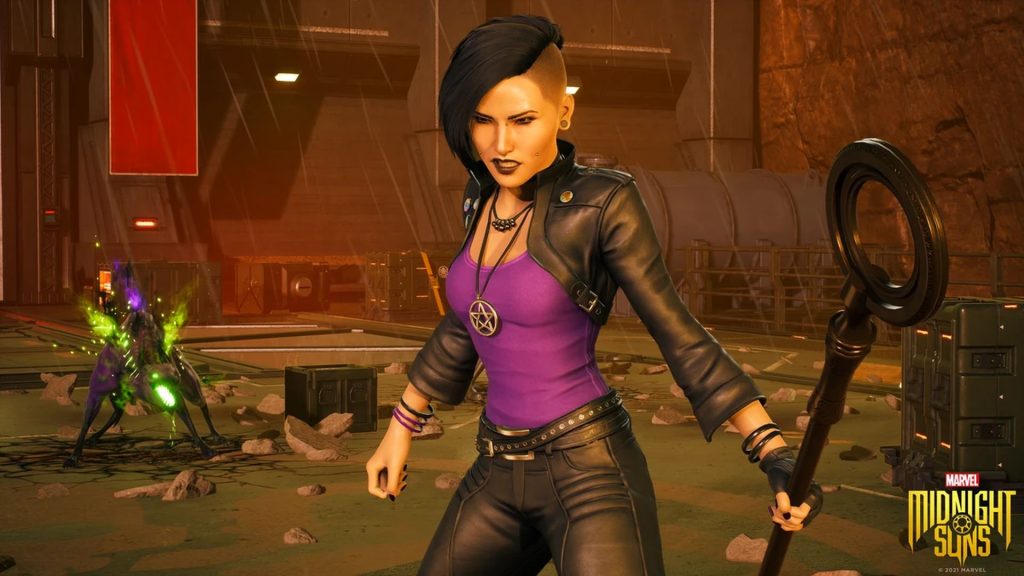 Following its last hero spotlight trailer, Marvel’s Midnight Suns has received a new gameplay showcase for Nico Minoru. A former Runaways member, Nico wields the Staff of One, which allows for using spells based on words (with the catch that they can only be used once). In-game, however, she’s a support hero with the Roulette mechanic.

Roulette offers random effects, with said effect determined when the card is drawn into one’s hand. For instance, Swarm is a damage card, but Roulette modifies that damage, from 100 to 250 percent of increased damage. Upgrades allow for redrawing and recovering health.

Double Up generates a copy of each Attack card in hand. However, Roulette can allow for drawing copies of Skill Cards or Heroic Cards. Copied cards are not added to the deck – they’re removed when used. However, by upgrading Double Up, you can remove the Exhaust effect, allowing it to be used in battle again.

Nico’s passive requires her to be in full health to trigger. It provides a 33 percent chance to draw a card when Nico plays a card. At level 2, the health requirement is removed, so you’re receiving a free card every three turns.

Witchstorm targets an enemy, damaging them and random nearby enemies within the area of effect four times. Upgrades reduce the Heroism cost and provide a 25 percent chance to apply one Marked on enemies. Crack the Sky consumes all Heroism to damage random enemies ten times (1 for each Heroism consumed). For each KO, you gain one Heroism. Upgrading increases damage by 50 percent and on redraw, grants +1 Heroism.

Marvel’s Midnight Suns is out on December 2nd for Xbox Series X/S, PS5, and PC. The Xbox One, PS4, and Nintendo Switch versions will arrive later. Its campaign lasts 50 hours, though that can stretch over 80 hours with side content.