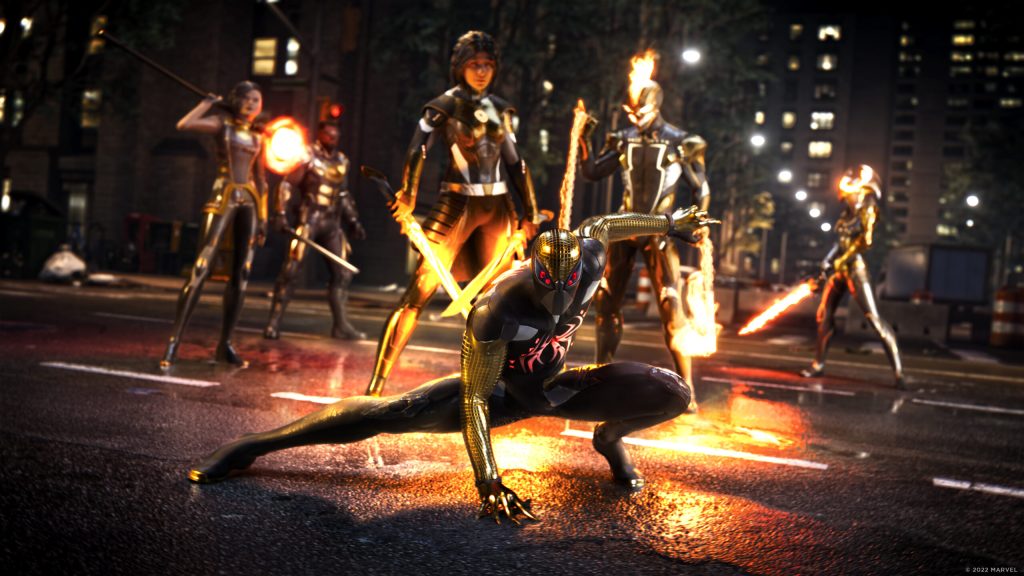 Marvel’s Midnight Suns, the new turn-based RPG from Firaxis, is a week off from release. The hype doesn’t stop, though, as a new overview trailer has been released highlighting all the tenets of combat. Check it out below.

Upon choosing one’s team of three heroes, players engage in turn-based battles against a myriad of foes, from H.Y.D.R.A. to demons. Instead of freely selecting abilities, you have cards corresponding to each hero. Depending on the cards, you can buff allies, attack in an area, throw enemies around, and more. Specific cards also cost Heroism, which is generated over time (though some heroes can accelerate the process), and provide significant benefits.

Outside combat, you’ll roam The Abbey as the Hunter and bond with different team members. It helps in leveling up their passives, making them even stronger. Marvel’s Midnight Suns is out on December 2nd for Xbox Series X/S, PS5, and PC, with the Xbox One, PS4, and Nintendo Switch versions coming later. There will be a “special” livestream on November 29th to celebrate its launch, so stay tuned for further details.