Marvel’s Spider-Man, which came out for the PS4 in 2018, has been a massive commercial success for Sony since the day it came out, and it seems the open world title has crossed another major sales landmark.

As per the LinkedIn profile of David Bull – who is Senior Manager, Global Brand Marketing at PlayStation – the game has sold over 20 million units worldwide (screencap below). As of the end of July 2019, a little under a year since its release, it had sold 13.2 million units worldwide. Clearly, the game has continued to enjoy strong and steady sales well past its release date.

With 3.3 million units sold within three days of launch, Marvel’s Spider-Man was also Sony’s fastest-selling game ever at the time. Its record was broken earlier this year by The Last of Us Part 2. 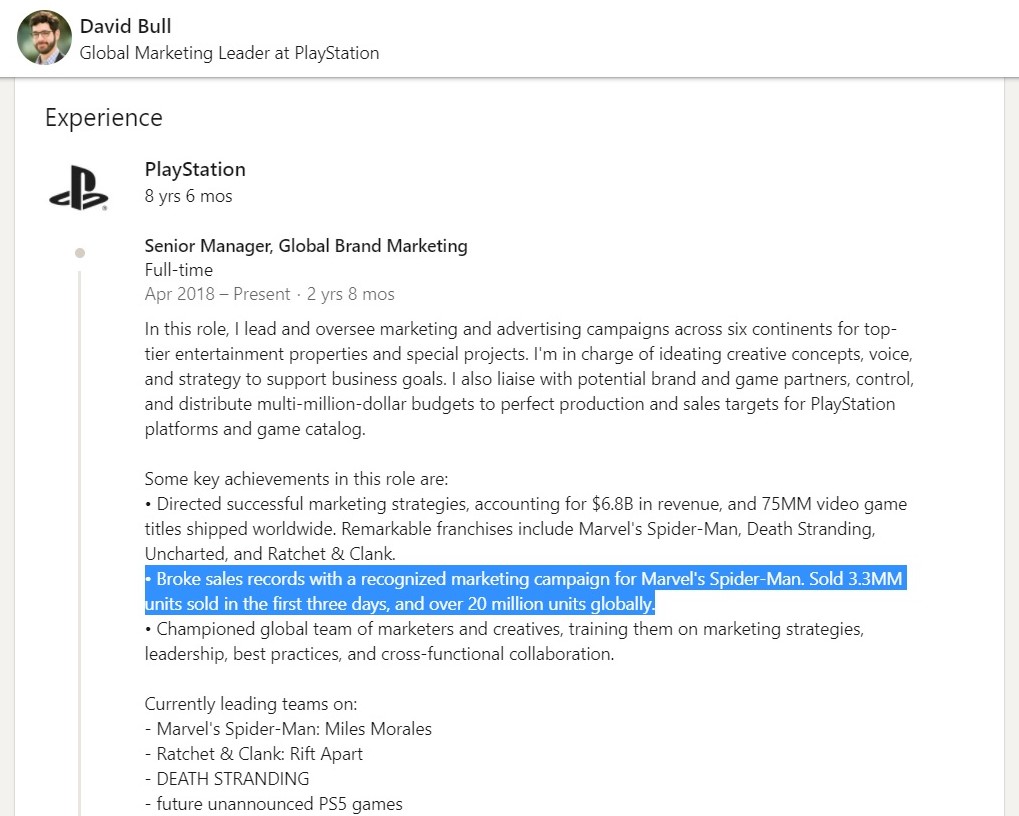