Take a look at what box arts of PS5 games will look like starting this Holiday.

Digital media is taking over the world and the games industry at a rapid pace, but as far as the latter is concerned, there’s still plenty of space for boxed video games that are physically purchased. The PS5 will, of course, be launching with a digital-only model as well, but if you’re planning to buy a lot of physical games for it, there’s an interesting update for you. Sony have revealed the official box art of the upcoming PS5 exclusive Marvel’s Spider-Man: Miles Morales, and as such, they’ve shown the general design template that box arts for all PS5 games will follow.

It looks quite… unremarkable? There’s nothing especially bad about it, but at the same time, there’s nothing about it that stands out either. It’s quite similar to the PS4’s boxes, which also have those predominantly blue edges, though though it seems the box arts themselves are going to be more white than blue now- which makes sense, given the overall theming of the PS5. You can view both images in full by clicking on them in the gallery below.

Marvel’s Spider-Man: Miles Morales will release as a launch title for the PS5 this Holiday, but an exact launch date for them both is yet to be confirmed. New details on the game’s story, length, and PS5-specific improvements were recently detailed by the developers. You can read more on that through here. 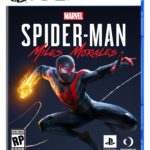 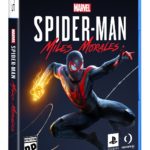