"We really are completing this hero's coming of age in our game," says creative director Brian Horton.

That we’re getting a new Spider-Man game so quickly after Insomniac’s debut with the series came out two years ago is surprising- pleasantly so, but surprising nonetheless. That’s something that’s being made possible thanks to the game’s smaller scope, with it being a standalone, more contained successor to it, similar to how Uncharted: The Lost Legacy followed up on Uncharted 4– but that won’t mean that Marvel’s Spider-Man: Miles Morales will have nothing new or interesting to offer.

Speaking recently in an interview with Entertainment Weekly, Brian Horton – creative director on the upcoming PS5 launch title – said that Insomniac are ensuring that the game tells a complete story, and wraps up the coming-of-age arc for Miles that they kicked off in 2018’s game. Horton says that thanks to Miles Morales’ more compact storytelling, it will be able to tell a much more emotionally resonant tale.

“This is a full arc for Miles Morales that started in Spider-Man,” Horton said. “We really are completing this hero’s coming of age in our game. It is a complete story.”

“When we started crafting it,” he added, “we realized that, with a little bit more of a compact storytelling style, we could tell a very emotionally impactful story that would fit really well as an experience that would take Spider-Man 1 and [Miles Morales] and do justice to this character.”

Horton also says that Miles Morales as Spider-Man isn’t simply going to be a reskin of Peter Parker’s webslinger, saying that Miles is going to be “his own Spider-Man.” According to EW’s article, the game will give him his own animations, movements, mechanics, and his own unique powers, including the likes of bioshock and invisibility- which we saw a glimpse of in the game’s reveal trailer.

Additionally, the article also includes a new screenshot from the game, which you can view below. All the PuddleGate fans out there will probably immediately notice the ray-traced puddles front and center.

Marvel’s Spider-Man: Miles Morales will launch for PS5 this Holiday. The game will feature an optional 4K / 60 FPS Performance Mode as well. 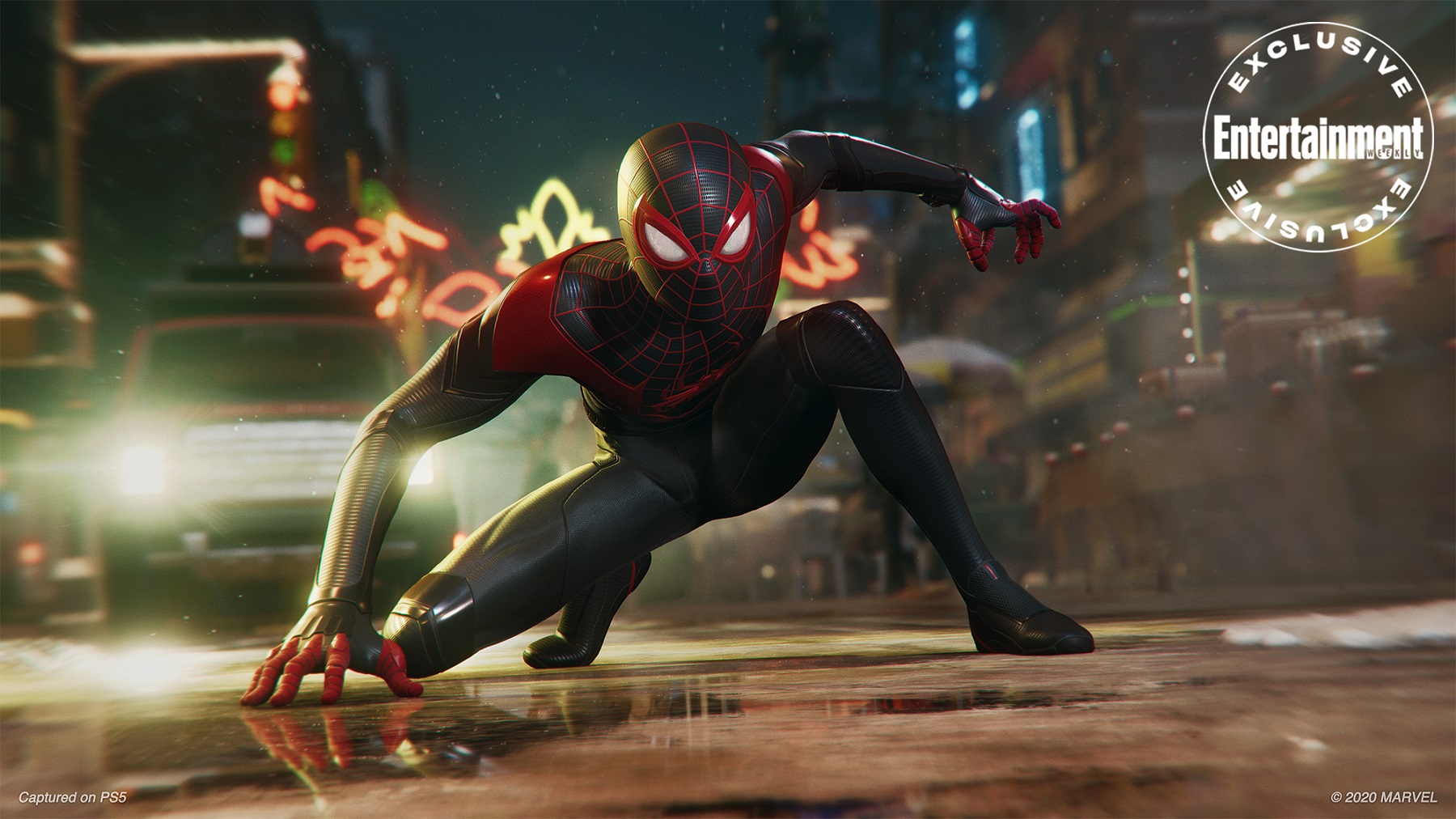