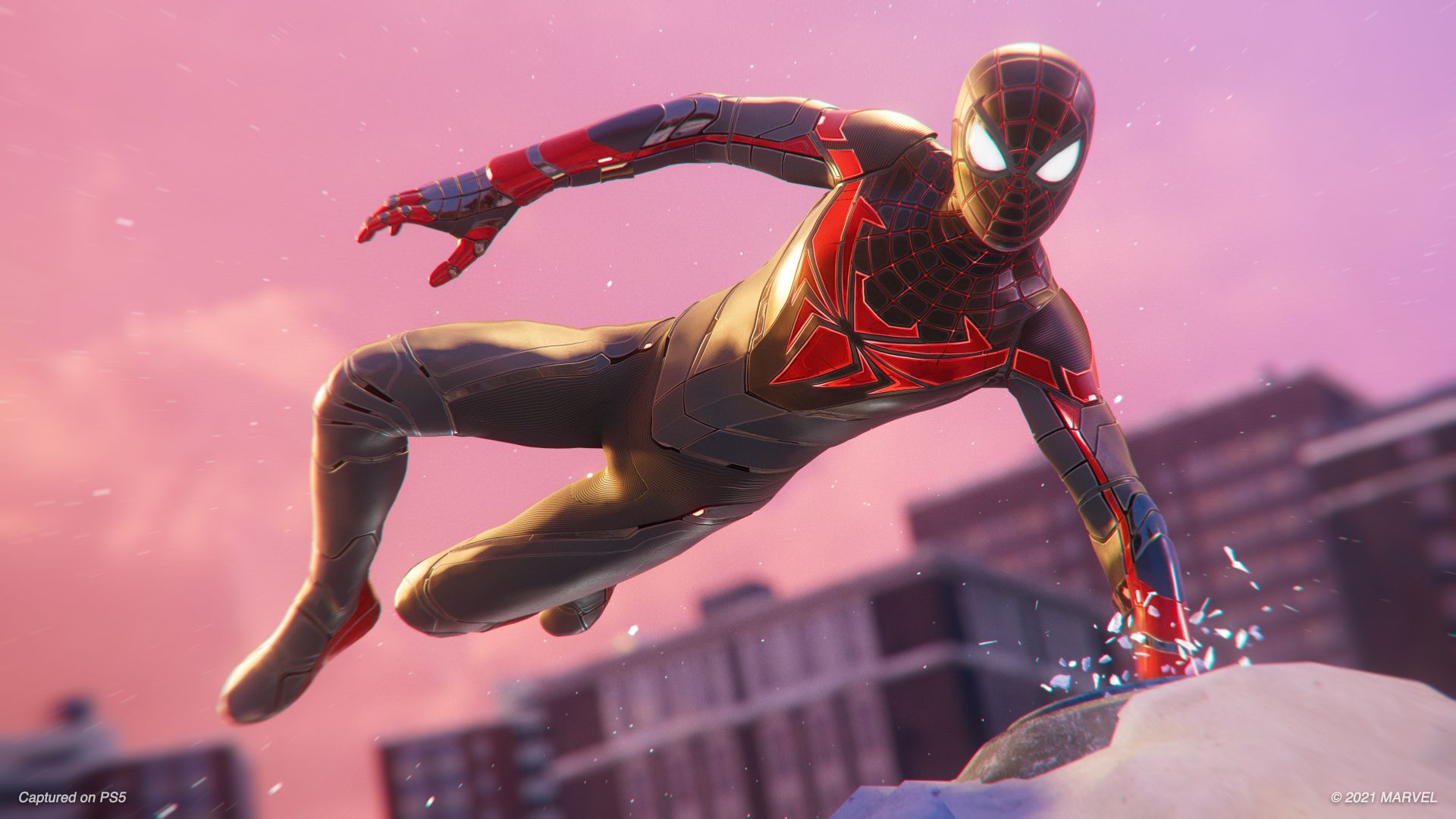 A new update is live for Marvel’s Spider-Man: Miles Morales, which adds the new Advanced Tech Suit for free. Realistic muscle deformation for some suits is also available, though this is for PS5 players only. Check out images of the Advanced Tech Suit in the tweets below.

Released in November 2020 for PS4 and PS5, Marvel’s Spider-Man: Miles Morales follows Miles Morales as he tries to live up to the mantle of Spider-Man. Along with a brand new story and bosses, Miles can utilize new Venom powers to gain an edge over foes. Though not quite as large as its predecessor, the title offers a good story and decent amount of side content.

Check out our official review here. Marvel’s Spider-Man: Miles Morales sold 4.1 million units last year and Insomniac Games has been releasing a number of updates, including one that adds a 60 FPS option with ray tracing. Stay tuned for more details and updates in the coming months. Insomniac is also working on Ratchet and Clank: Rift Apart which launches on June 11th for PS5.

We thought you could use a new suit. 🕸️ Introducing the Advanced Tech Suit, available now in the latest update for "Marvel's Spider-Man: Miles Morales"! #MilesMoralesPS4 #MilesMoralesPS5 #BeYourself #BeGreater pic.twitter.com/6Xub2AEen3