A surprising amount of work seems to have gone into this remaster.

Sony and Insomniac recently gave us our first look at Marvel’s Spider-Man Remastered and released new details on what fans can expect from it, and based on what they’re saying, it seems more work has gone into this remaster than you may have expected. It was recently confirmed that Insomniac have been working on the remaster for a year, and it seems they’re focusing leveraging the PS5’s hardware.

Marvel’s Spider-Man Remastered will not have a standalone release and those who own the original game will not be able to upgrade to the remaster- clearly (or hopefully, at least) the game is meant to be doing thing it can only do on the PS5, and some of those have recently become much clearer.

In this feature, we’ll be talking about the five biggest ways the upcoming PS5 remaster differs from and make improvements to the original PS4 release.

The most obvious improvement Marvel’s Spider-Man Remastered makes over the original release is ray-tracing. More specifically, Insomniac have incorporated ray-traced reflections and ambient shadows into the game. We’ve only seen screenshots of this in effect, since the gameplay video that was released showed off the Performance Mode, which doesn’t have ray-tracing (more on this in a bit).

It’s worth noting that, as several analyses have pointed out, the gameplay that was recently showed off seemed to have made some sacrifices in the visuals department, which things such as softer shadows, lower foliage density, and more. That said, the gameplay that was shown off was from an earlier build of the remaster, and Insomniac have said that even more improvements have been made since, so hopefully, the final product will be in better shape.

Marvel’s Spider-Man Remastered will give you the option to play it in one of two modes- Performance Mode and Ray-Tracing Mode. Both names are pretty self-explanatory. The game will run in dynamic 4K in both modes. The Ray-Tracing Mode will do that at 30 FPS with, of course, ray-tracing enabled. Meanwhile, the Performance Mode will run at 60 FPS, but it won’t have ray-tracing.

Recently, as NX Gamer pointed out in their analysis, the remaster has some other visual improvements as well, besides what we’ve already talked about. Traffick and pedestrian density in New York seems to have been increased significantly, while draw distances have also seemingly seen some improvements.

Here’s another big change, and one that’s proven to be more controversial than it probably should be. Marvel’s Spider-Man Remastered isn’t just bringing visual improvements to the experience, it’s changing the experience to some degree as well. More specifically, Peter Parker has a completely new face in the remaster.

In the original PS4 release, Peter Parker’s face was modeled on John Bubniak, but in the remaster, Ben Jordan is now the new face model. Insomniac says the reason for this change is that Jordan’s face is a better match for the facial capture of Yuri Lowenthal, who voices and provides the motion capture for Peter Parker / Spider-Man.

Marvel’s Spider-Man creative director Bryan Intihiar also spoke about the change following the reaction from fans, sayingthat Insomniac “didn’t make this decision / change lightly.” He added: “I hope you can trust us that this decision is what we feel is best for the future of the franchise and our upcoming goals for this beloved Marvel character.” 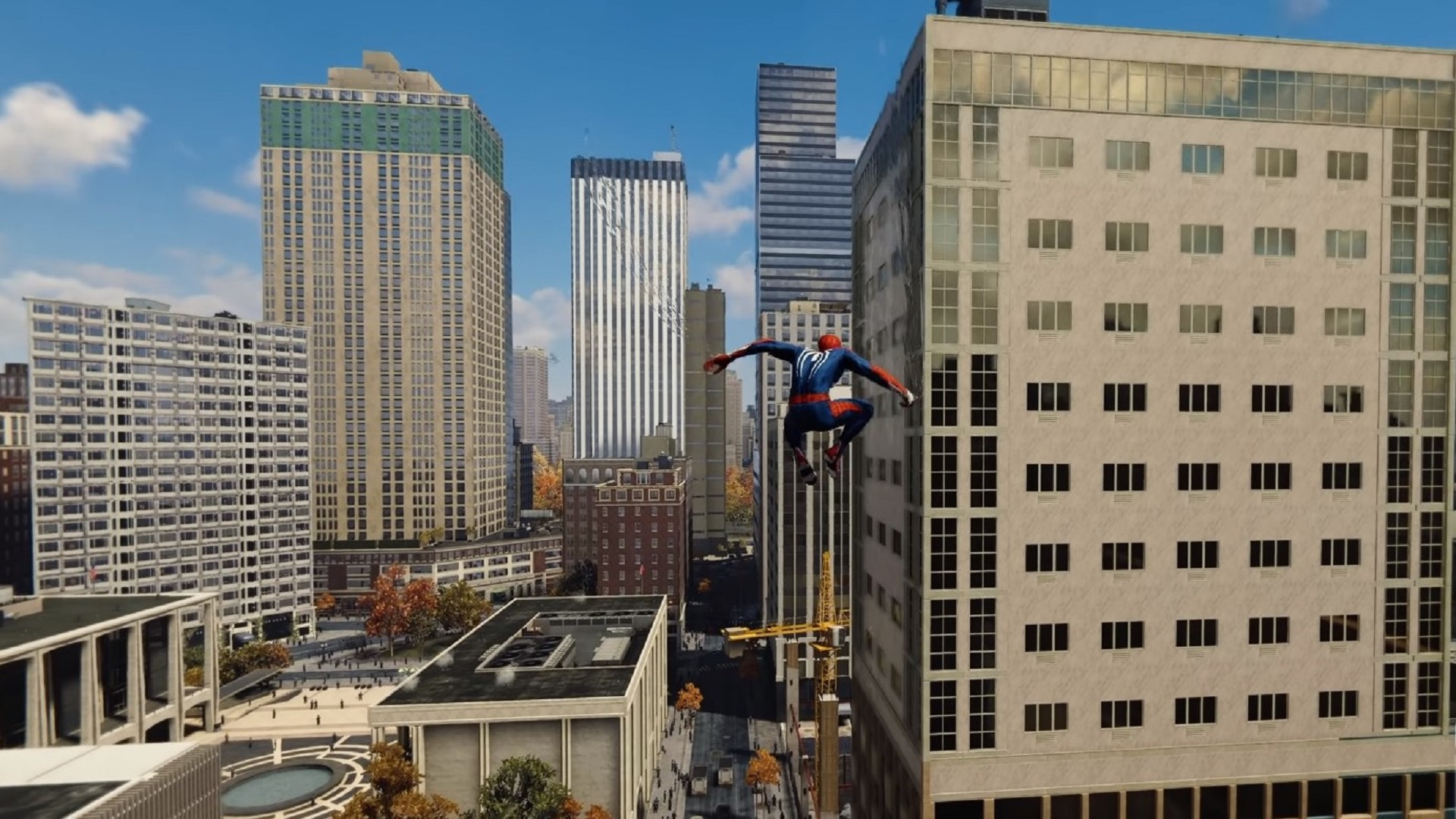 Beyond the improved performance, ray-tracing, and visual upgrades, Marvel’s Spider-Man Remastered promises to leverage the PS5’s more powerful hardware in other ways as well. For instance, that SSD is being put to use for load times that have been described as “near-instantaneous.” Curiously enough, the fast travel mini-cutscenes that show Spidey on the subway can be turned back on if you want.

The game also features spatial 3D audio, it also makes use of the DualSense’s haptic feedback and adaptive triggers.

Insomniac have made other visual improvements as well. According to the developer, the remaster features improved models and materials, and improved character models with higher fidelity skin, eye, and teeth shaders and even individually-rendered strands of hair.

Marvel’s Spider-Man Remastered will include the base game and The Heist, Turf War, and The Silver Lining, its three DLC episodes. On top of that, however, it will also be bringing new content that wasn’t in the original release, including new suits. To be specific there will be three new suits in the game. One of these is The Amazing Suit, from The Amazing Spider-Man films (which means that suits from all three eras of Spider-Man films are now in the remaster). The other two new suits haven’t yet been revealed.

Meanwhile, Marvel’s Spider-Man’s already excellent photo mode will also have additional features in the remaster. Players will now be abl to change Spidey’s suit during photo mode after you’ve lined up your shot. You can also place lights in the environment to change the lighting of your photo. Meanwhile, the remaster also has some new Trophies.