Opening week sales in the region were 26 percent higher than God of War's release on Steam. It's currently the 4th biggest PC release of 2022 in the UK.

PlayStation seems to be taking releasing games on PC quite seriously, as evidenced by a new website highlighting PlayStation games on PC.

[drop-cap]I[/drop-cap]nsomniac Games delivered one of the best renditions of the friendly neighborhood Spider-Man in the form of 2018's Marvel's Spider-Man which is one of the most mechanically sound ... Read More

Developer Insomniac Games has broken the silence on why the recently-announced DLC suits will be exclusive to Marvel's Spider-Man Remastered. 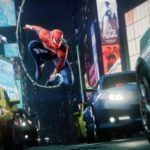