The City That Never Sleeps is a solid package of three great DLC episodes that set up exciting things for the series' future.

Spider-Man: The City That Never Sleeps does exactly what fans of the games had been hoping it would do the moment they finished playing the base game- give us more of the excellent traversal, combat, writing, and storytelling that made Spider-Man itself one of the best games of the year. While its fragmented release as three separate episodes might have hurt its momentum in a few ways, taken as a whole, The City That Never Sleeps is a great extension of the first game’s story that sets up some exciting things for the inevitable sequel.

"Storytelling, character interaction, and writing were some of the biggest strengths of Spider-Man earlier in the year, much to the surprise of a great many people, and that continues to be true in all three episodes of The City That Never Sleeps as well."

And that is perhaps the most surprising thing about this package- that the developments in narrative shown across in the three episodes are quite huge. Huger than you’d expect to see in DLC, in many cases. Some characters begin arcs that seem to be setting up major new strands for the sequel, some who had unfinished business left after the events of the base game come back and wrap up their arcs in satisfactory ways (while still leaving room to return in the future), while other narrative threads that were teased by Spider-Man as setup for the sequel also make exciting progress.

Across all three episodes, the cast of characters is as strong as you would expect it to be. The Heist places focus on Felicia Hardy, a.k.a. Black Cat, whose interactions and banter with Spider-Man are excellent to see, and the way their complicated relationship develops in the short amount of time they spend with each other on-screen is handled very well. Turf Wars introduces Hammerhead as a central new villain, who quickly develops into a formidable new foe- he may not be at the level of someone like Mister Negative, or some of the other major antagonists in the base game, but is a solid addition to the roster of rogues in Insomniac’s Spider-Man universe nonetheless. Silver Lining brings Silver Sable back into the limelight, and her uneasy alliance with Spider-Man and their interactions with each other are easily the highlight of the episode.

Other than them, important characters from the base game, including MJ, Yuri, Miles, and of course, Peter, are also shown plenty of love, and continue to be endearing and excellently written and acted characters. Storytelling, character interaction, and writing were some of the biggest strengths of Spider-Man earlier in the year, much to the surprise of a great many people, and that continues to be true in all three episodes of The City That Never Sleeps as well. 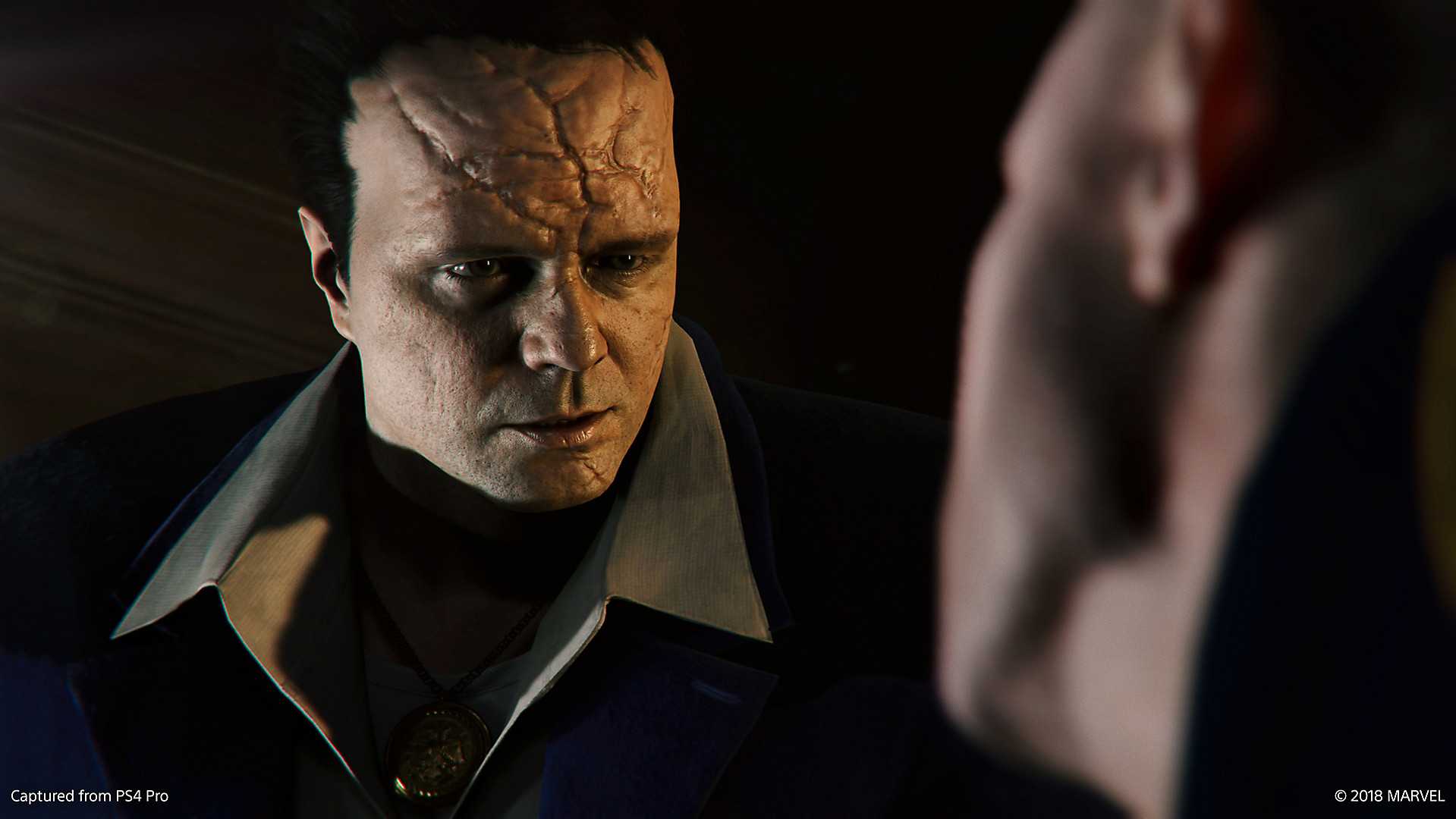 "In terms of the content on offer, The City That Never Sleeps is equally satisfactory. If you were to stick only to the main missions, collectively the three episodes can be roughly 8-10 hours long, but clearing out all the Challenges, Crimes, Bases, and other side activities can easily take that figure up to fifteen hours."

In terms of the content on offer, The City That Never Sleeps is equally satisfactory. If you were to stick only to the main missions, collectively the three episodes can be roughly 7-10 hours long, but clearing out all the Challenges, Crimes, Bases, and other side activities can easily take that figure up to as much as fifteen hours. As far as main content goes, Turf Wars, which is the second episode, hits a bit of slump in terms of mission design, and feels more run-off-the-mill than the other two episodes, but The Heist and Silver Lining both offer some excellent set piece moments, with Silver Lining especially having some missions that are just as good as – if not better than – a lot of the stuff we saw in the base game itself.

Side activities in The City That Never Sleeps are, on face value, reskins of the stuff we saw in the base game, but clearing them out is still a lot of fun. The Challenges, which are now themed around the social-media loving Screwball rather than around Taskmaster, have a nice bit of variation to them, while Hammerhead bases provide more of a challenge, and are often situated in some very interesting locations, especially in Silver Lining. Crimes, on the other hand, are mostly very familiar, and though there’s some variation here as well, they don’t do much that we haven’t seen already, and can end up feeling repetitive. There’s also a about half a dozen new side missions across all three episodes, often taking on the structure of collecting items scattered across the city, and many of them centre around some very interesting narrative threads, which might end up coming back in a big way in the sequel.

The City That Never Sleeps has a few technical issues that seem more prevalent than what we saw in the base game. On a few instances, the game completely froze for a couple of seconds, while other smaller issues popped up as well, such as subtitles that wouldn’t disappear even minutes after the scene in question was over, or interrupted dialog interactions that, unlike the base game, wouldn’t resume later on, or some regular graphical bugs and clipping issues. None of it was too intrusive, and nothing was so major that I was forced to restart the game, but the issues were still noticeable. 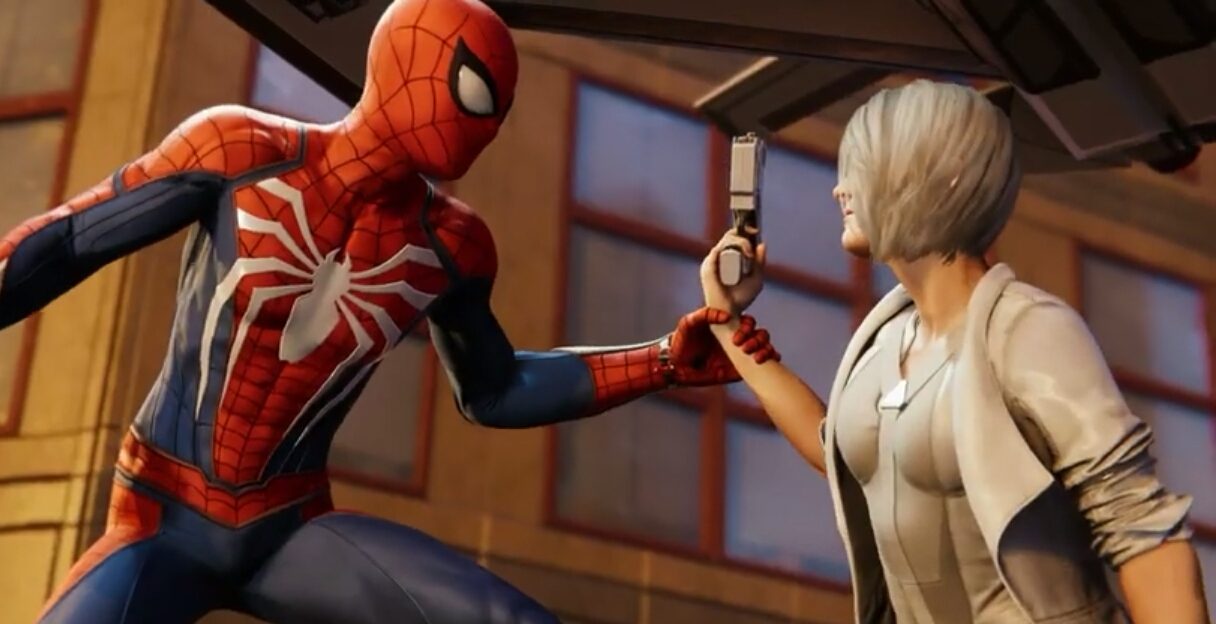 "If you liked Spider-Man itself, you’re almost guaranteed to enjoy The City That Never Sleeps. Collectively."

On the whole, if you liked Spider-Man itself, you’re almost guaranteed to enjoy The City That Never Sleeps. Collectively, all three episodes offer plenty of new content to dive into, a lot of which is excellently designed, while the core strengths of the base game – its traversal and its combat – are, obviously, very much on the forefront here as well. Best of all, the story told across all three episodes feels more essential than you would expect, acting as a direct continuation to the base game, rather than as a side-story or something that can be easily missed. Retailing at $25 at the time of writing, The City That Never Feels is well worth the price of entry.

The story told across all three episodes is excellent and sets up exciting things for the future; Newly introduced characters are great, while existing characters also develop in interesting ways; Typically strong writing and acting; Plenty of content to dive into; Main missions in Silver Lining are excellent; Combat and traversal are, of course, still as good as ever.

Crimes can be a bit repetitive; Mission design in Turf Wars is a little generic; Quite a few technical bugs.

Final Verdict:
GREAT
The City That Never Sleeps feels surprisingly essential to the larger story Insomniac are telling in their own Spider-Man universe, and should be played by anyone who enjoyed the base game.
A copy of this game was provided by Developer/Publisher/Distributor/PR Agency for review purposes. Click here to know more about our Reviews Policy.