N7 day is a big deal for the development team.

Last week, Mass Effect: Andromeda developers took to Twitter in order to celebrate N7 day. While the team used the holiday in the game series as a way to market the newest iteration in the series, the developers also talked about what the day meant to them. Making comments like the fact that N7 day represents their “desire as a species to be explorers” it’s pretty clear that the people working on this game actually love what they do and the story they are trying to tell with this series.

On this very special day for the team and the fans of the games the team had also released a new teaser trailer for the game as well as some brand new artwork that shows just how pretty the game is going to be. Along with the new photos, the game developers released a bit of a message about their salute to the people who love the game and the characters that are actually in the game.

While the message was put together in different parts, when pieced together the team said, “On this N7Day, we celebrate the courage to explore, and the pioneers – the brave men & women, who stop at nothing to push the boundaries of humankind. We look to our past and learn what we can, saying goodbye to our comrades in arms, and prepare ourselves for what comes in the future. To explore Andromeda and all its secrets. Beyond the borders of our galaxy lies untold adventure. Explorers Wanted” and “It’s about building new worlds.”

Check out the pictures that came along with the message and get ready. Mass Effect Andromeda doesn’t have an official release date but it’s expected to hit in the Holiday season for 2016. 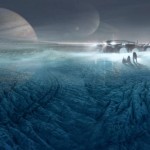 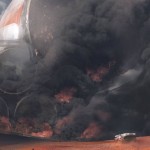 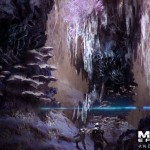