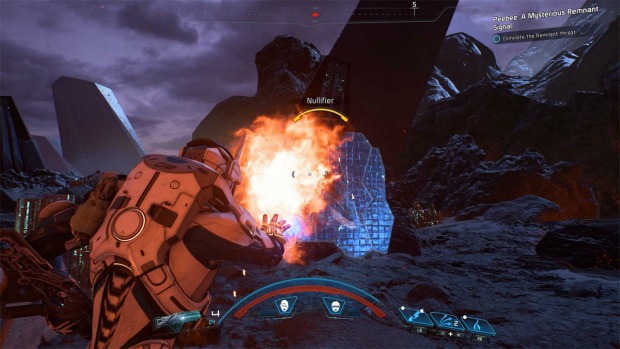 Mass Effect: Andromeda, the next title in Bioware’s sci-fi space epic, will be receiving a new cinematic trailer today. As exciting as it is to hear about humanity and its discovery of Habitat 7, the gameplay continues to intrigue us more. Lead designer Ian S. Frazier certainly isn’t helping with his teases on Twitter.

Frazier hinted at the game’s scale in a recent tweet while also mentioning an interesting build. “I really need to get back to the main plot, but there are so many things for my pyromaniac Ryder to discover in #space…”

Those who played Mass Effect 3’s multiplayer already know that a Geth pyromaniac is very much possible with the Flamethrower and Reegar Carbine combination. The thought of getting something like that in Andromeda’s campaign is tantalizing.

Frazier also talked about a certain weapon he named “Big Pew Pew”, an assault rifle that could burn enemies with plasma.

He then mentioned that it was built using Kett technology that had been researched and also said that, “It IS a bit like XCOM, in the sense that I built it by scavenging alien tech and researching how it works.”