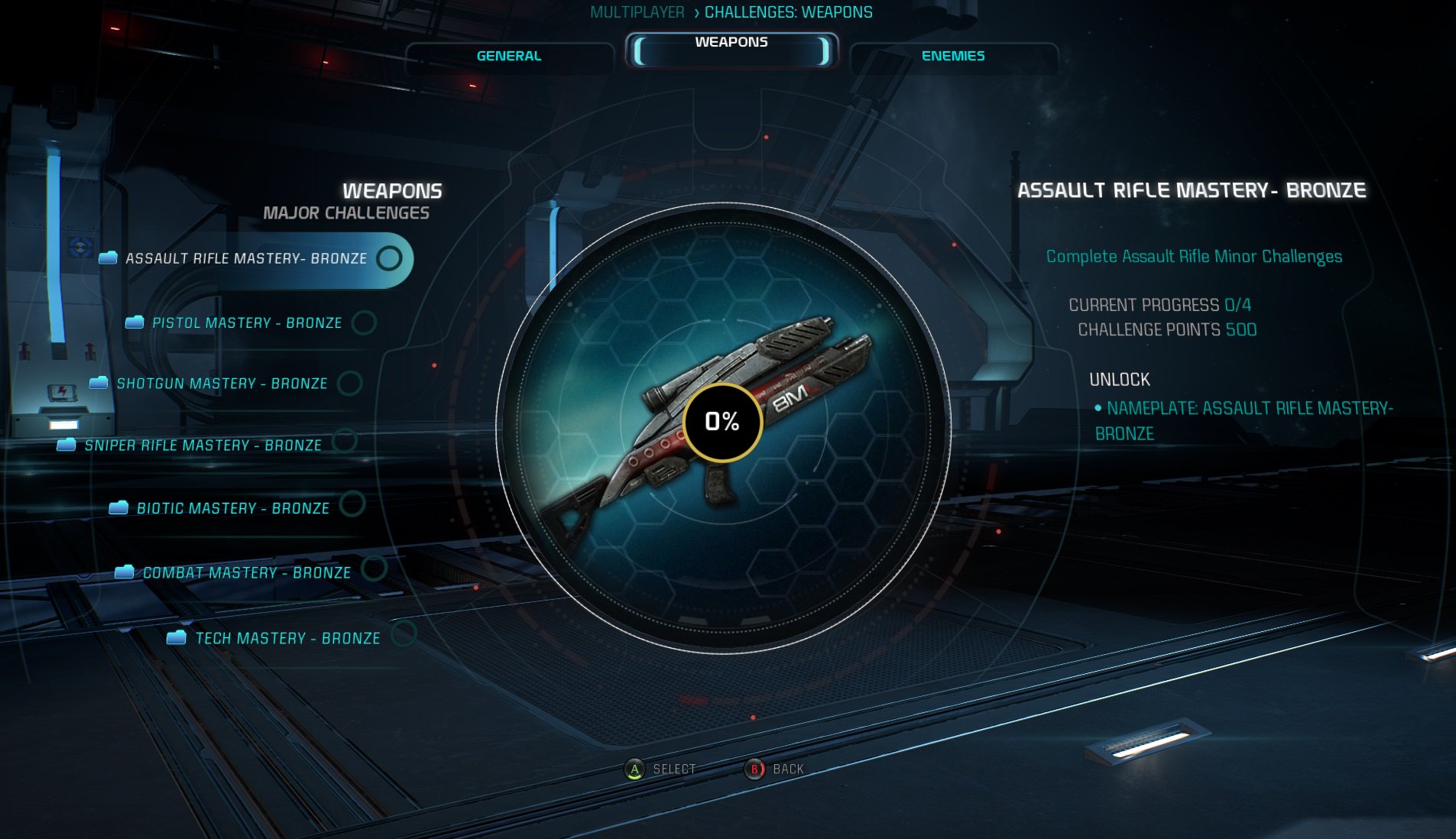 Bioware’s Mass Effect: Andromeda recently saw some early closed alpha footage from the PS4 build release and in keeping with his current hype practice, producer Fernando Melo has released an image for Challenges.

In Mass Effect 3, Challenges could be completed to earn different titles and background images for one’s name. Mass Effect: Andromeda’s multiplayer appears to be much of the same with different tiers (starting from Bronze). The Bronze tier unlock includes a nameplate which makes us believe that the higher tiers will have bigger rewards.

Elsewhere, Melo confirmed that you’ll be upgrading your weapons in Andromeda’s multiplayer much the same way you did in Mass Effect 3 – through packs. Different packs provide different items and if you’re lucky to get a weapon you already own, then it will be upgraded with higher damage and magazine size.