Frostbite developer highlights the benefits of checkerboard rendering on the PS4 Pro.

Mass Effect Andromeda is just under a week away from release and DICE, the developers of the Frostbite engine have revealed some interesting new information about the PS4 Pro version. As we have noted before, developers tend to resort to custom rendering techniques such as the checkerboard solution to display a higher resolution than what is allowed by the PS4 Pro’s hardware capabilities.

The PS4 Pro version of Mass Effect Andromeda will be using checkerboard rendering technique to achieve 1800p resolution while playing on a 4K TV. During GDC last week, Frostbite’s Graham Wihlidal revealed the differences between the game rendering in native 1800p vs 1800p checkerboard. As you can see below, the developers were able to save a lot of rendering budget and the image quality difference between 1800p native and 1800p checkerboard is very little.

Even milliseconds matter in games development and as the numbers below indicate, the developers saved a lot of the rendering budget on shadows, ambient occlusion, lighting and other graphical parameters. Lastly, the developer also revealed how PS4 Pro’s support for FP16 GCN instructions brings about 30% improvement in performance while rendering the game in checkerboard mode. 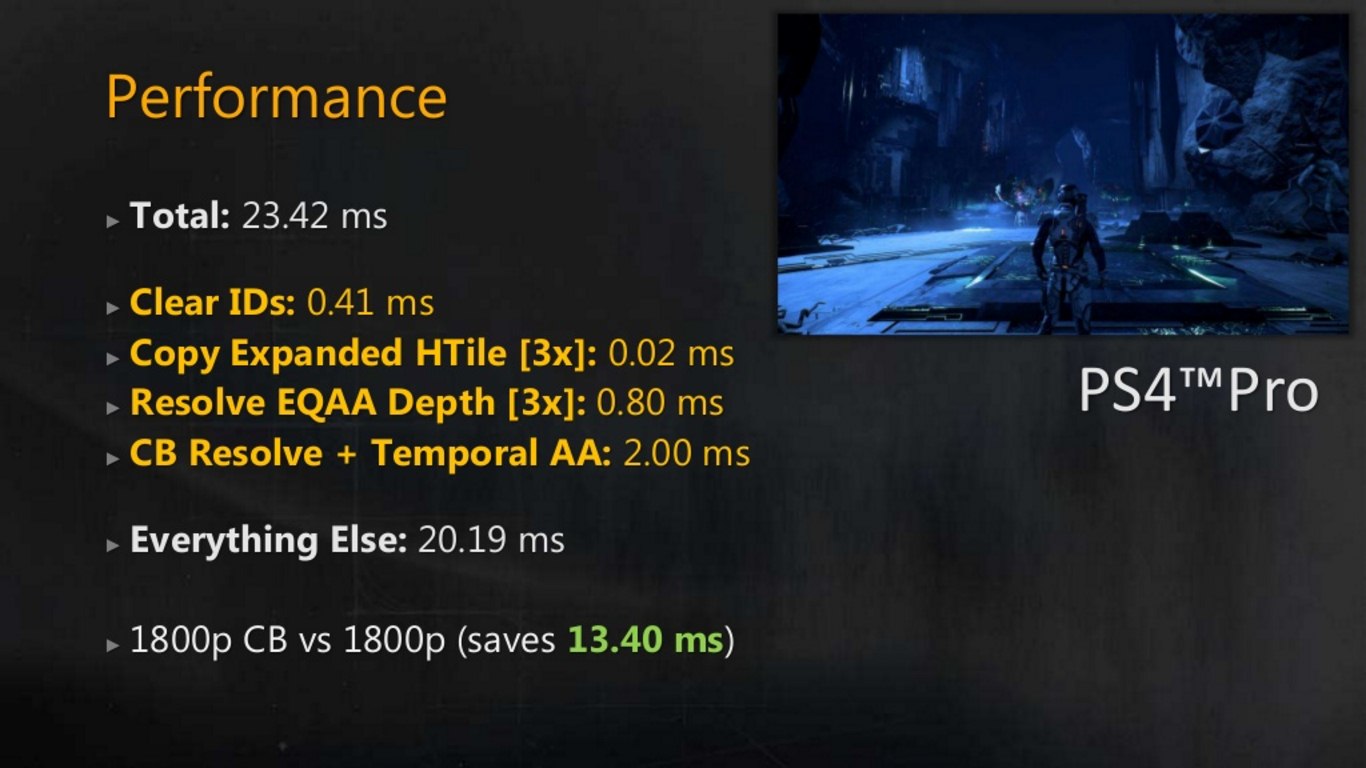 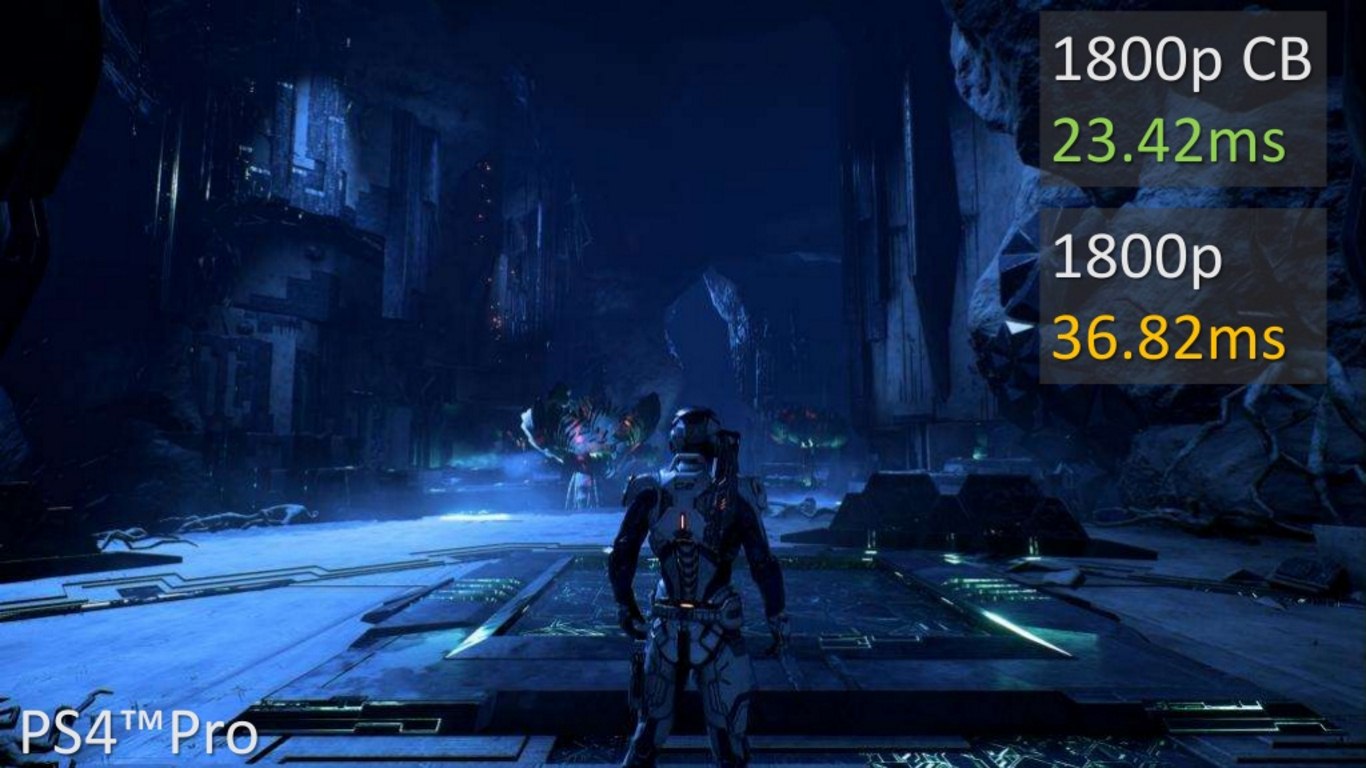 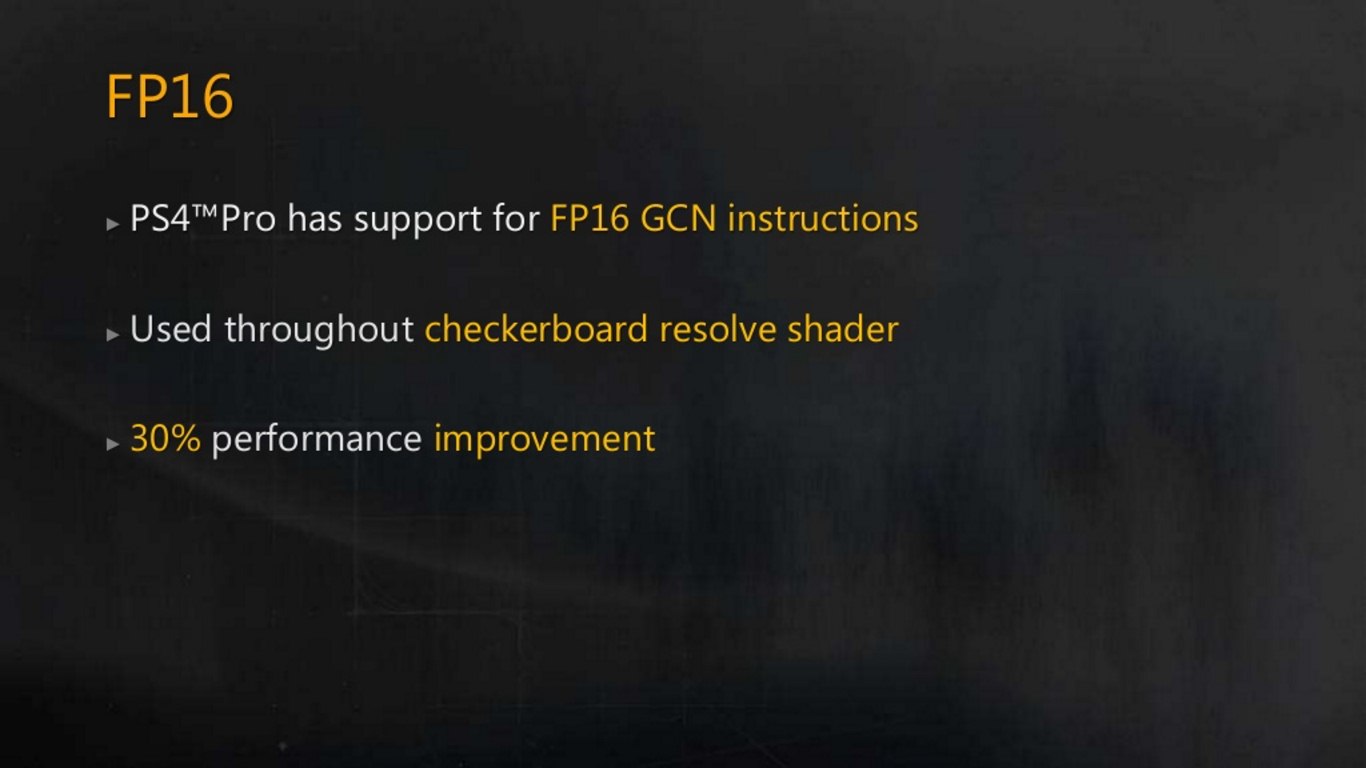