Casey Hudson is moving on to a "new stage in his career". 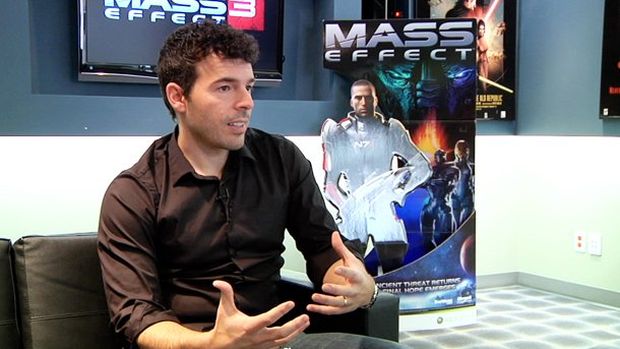 Mass Effect executive producer Casey Hudson, who spent 16 years working at Bioware, has left the studio “enter a new stage in his career”. The announcement is unexpected considering Hudson’s work on the Mass Effect series which will be seeing a new sequel in the coming years.

In a letter to Bioware colleagues, Hudson said that, “After what already feels like a lifetime of extraordinary experiences, I have decided to hit the reset button and move on from BioWare. I’ll take a much needed break, get perspective on what I really want to do with the next phase of my life, and eventually, take on a new set of challenges.

“Though there’s never an easy time to make a change like this, I believe this is the best time for it. The foundation of our new IP in Edmonton is complete, and the team is ready to move forward into pre-production on a title that I think will redefine interactive entertainment.

“Development for the next Mass Effect game is well underway, with stunning assets and playable builds that prove the team is ready to deliver the best Mass Effect experience to date. And the Dragon Age: Inquisition team is putting the final touches on a truly ambitious title with some of the most beautiful visuals I’ve seen in a game.

“But while I feel that the time has come, this is without a doubt the most difficult decision of my career. Having led the development of four major titles, I’m profoundly appreciative of the role I’ve been able to play in creating these games. The very idea that so many of you have enjoyed spending time in the worlds we’ve created is the defining achievement of my career, and it’s your support over the years that made it all possible.

“I know that I leave our projects in great hands, and I join you in looking forward to playing them.”

What are your thoughts on Hudson moving on to other things? Let us know in the comments.