Shoot 'em up in the newest DLC for Rockstar Vancouver's awesome actioner. 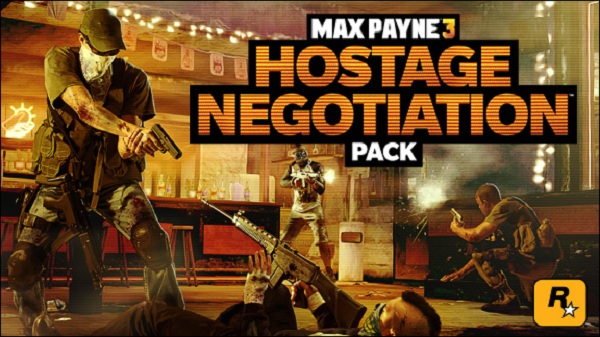 Max Payne 3 just received a shot in the arm today as Rockstar Games releases the Hostage Negotiation Pack, launching for Xbox Live, PlayStation Network and PC. It will include four new multiplayer maps like the O Palacio Strip Club with new items like the Heavy Helmet and weapons, plus a new avatar faction called the Filhos De Oghum.

And yes, there is still plenty of slow-mo diving through the air, pelting enemies as you pass though it looks ten times more ridiculous on regular shmucks compared to when Payne is doing it.

This DLC is available for 800 Microsoft Points or $9.99 USD for XBox Live and PSN/PC respectively. Players with the Rockstar Pass will of course receive this pack for free, because that’s how these investments work.

Max Payne 3 has been in the news a fair bit for the closure of developer Rockstar Vancouver, so its good to see the otherwise megalomaniacal Rockstar Games still supporting it.