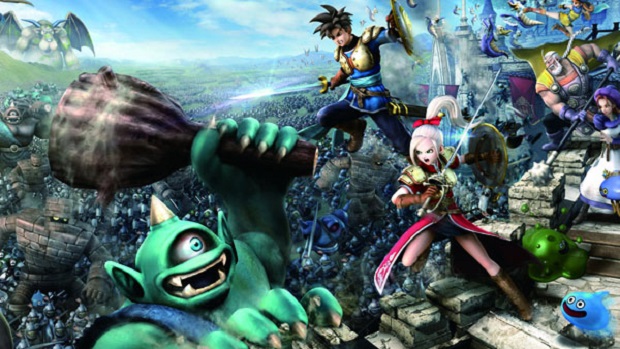 While the PlayStation Vita became the top-selling platform in Japan two weeks ago, it was the turn of the PS4 to dominate in this past week’s Media Create Charts. This was in part due to the release of Square Enix’s Dragon Quest Heroes which sold 325,446 units on the PS3 and 269,303 units on the PS4 in its opening week.

Nintendo still maintained a fairly strong presence. The Legend of Zelda: Majora’s Mask 3D sold 39,751 units bringing its lifetime sales up to 341,997 units while Yokai Watch 2: Shinuchi sold 16,443 units (lifetime sales having passed 2.5 million units). Pokemon Omega Ruby/Alpha Sapphire continues to do well with 12,680 units sold in the past week despite being nearly 4 months old at this point.

While the PS Vita isn’t on top, it did occupy second place in the hardware charts. We wouldn’t call it a comeback but Sony’s handheld has some serious momentum going in Japan right now.