As I sit here and try to figure out just how to describe Dreams from the developers at Media Molecule, I actually get a bit thwarted that no matter what I write, it just isn’t going to be enough to give the game the justice it deserves. On top of that, twenty minutes of sitting with one of the developers on the E3 show floor, and having him go through what was possible in the game, and then realizing that the demo I played through was only a small fraction of what’s actually possible in Dreams is simply put, bedazzling. And what we did in that short amount of time blew me away.

Dreams is a create, play and share game experience, where the player has the possibility of making world after world of unique levels and designs with pre-selected items and customizing it to fit the experience you want. And using the motion-controls of the DualShock 4 and PlayStation Camera, making worlds is quick, easy, and a lot of fun. Now this may sound a lot like LittleBigPlanet — Media Molecule’s first big IP — with a taste of another one of their more popular franchises, Tearaway, and it is. However, Dreams is a full on create and share game where the possibilities and visions go beyond LittleBigPlanet‘s  concept.

When I first sat down to experience the E3 demo, my eyes were immediately drawn to the look of what appeared as almost a 1940’s style of animation; colors were purposefully faded, the unique design of the pre-constructed level were of that era, and almost Soviet Union in style. 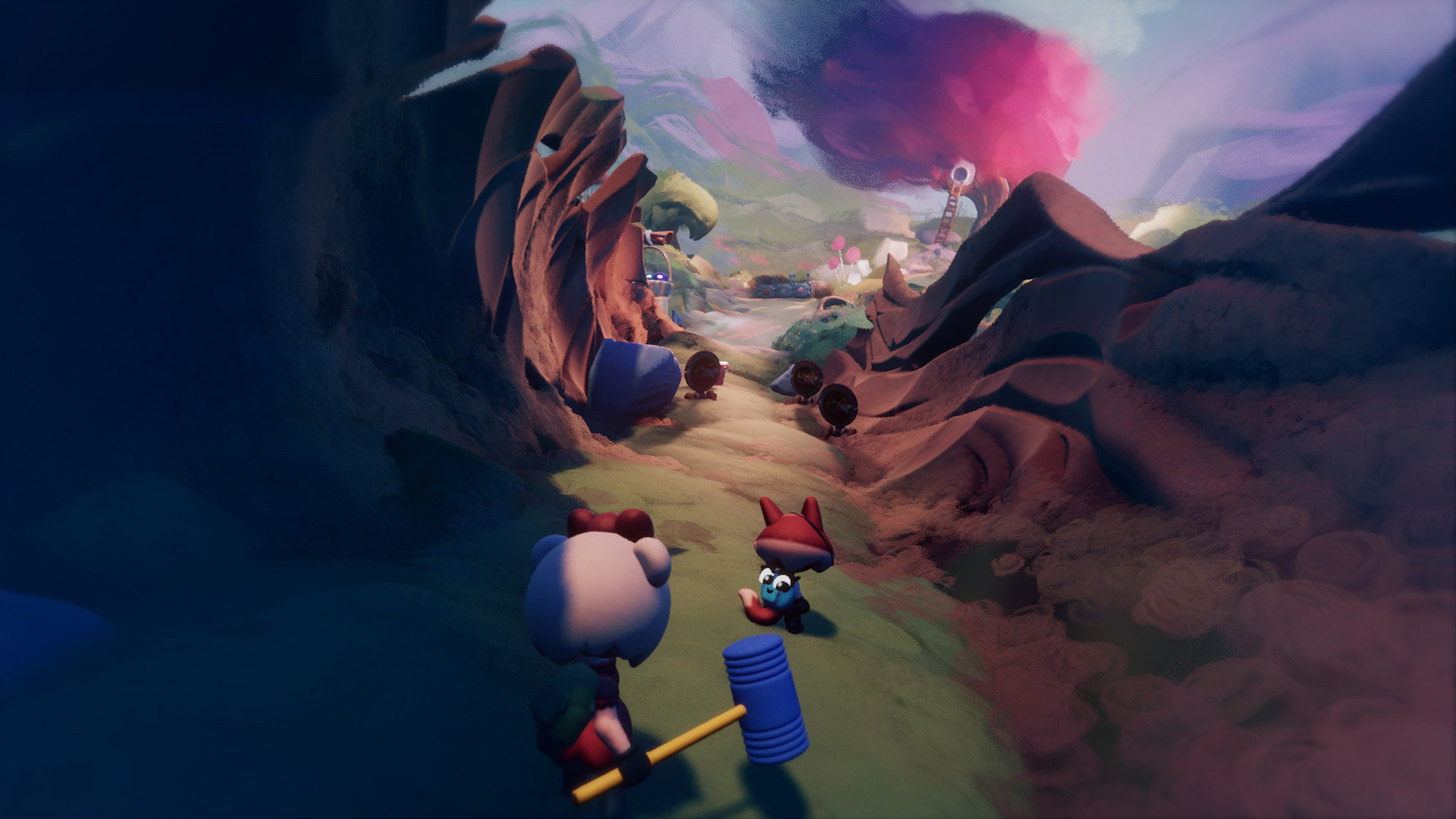 "One of the coolest abilities within Dreams is the fact that you can undo any mistakes or place back objects you may not like. With a simple button press a misplaced object can disappear within  a flash in the order it was placed."

The biggest reason why I don’t play games like LittleBigPlanet and Minecraft is the amount of time it takes to build something. Sure, you can build anything real quick, but it’s those subtle designs and attention to detail that take so much time to achieve. With Dreams, it was like a dream come true. In just minutes I built an entire world to my liking. From vast open lands to forests and even a lava pit.

The second big  reason why I don’t play build and create games is the complicated control. Now, Dreams’ control scheme is a bit overwhelming at first. With several options to choose from, and each option having several sub-options, it can feel mind boggling to figure out just what keys to hit in order to get the desired effect. And I can’t really say that you’ll be able to pick-up-and-play within minutes, but after a few minutes I was swimming around the tools, and choosing what fits best in my world like a champion. Of course, there are so many options to choose from, from foliage, terrain layout, water, graphical effects, and so much more, that being a pro at the tools system may actually take more than the twenty minutes that I had.

One of the coolest abilities within Dreams is the fact that you can undo  any mistakes or misplaced objects you may not like(much like LittleBigPlanet). With a simple button press a misplaced object can disappear within a flash in the order it was placed. When I laid down a series of trees, waving the controller over them, I was able to stretch and skew the mini forest, and scale it to any size I desired. This ability also works for anything, such as terrain, for example. Need a bigger plot to walk on? Highlight it and enlarge it. It’s very simple once you learn the few six to seven controller commands in order to use and change physical arrangements on the screen. 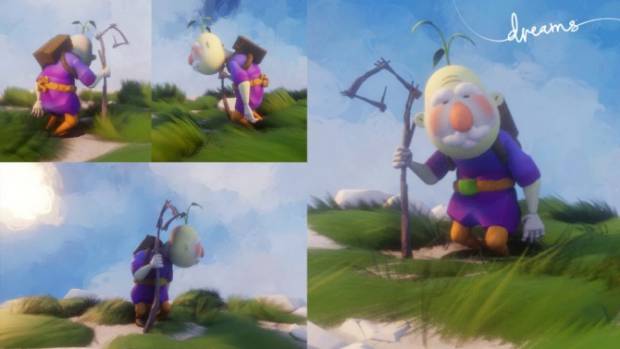 "There will also be the ability to upload your levels to an online server, where others can play your own designs, and vice versa."

After I laid down a lava pit far below my grassy land floating above, I made another island across the lava pit that would normally be impossible to reach by walking or jumping. Going into the blueprint side of the level designer, I was able to make a little line from one island to the next. I also made another tiny island and stuck it on the doodle and activated it. This allowed the tiny island to move back and forth over the line I had drawn out. It was quite amazing to see just how fun and simple this concept was. In about twenty minutes I made a little world full of danger and excitement. Placing a couple characters in there, I walked into my newly built land and got on my moving platform to experience what I created with my own two hands.

There will also be the ability to upload your levels to an online server, where others can play your own designs, and vice versa. I wish I could have spent most of E3 at the PlayStation booth just playing through this game and seeing all of the unique design choices that are possible. I really can’t wait to play this game once it comes out and see what others have created. I’m sure there are going to be some amazing designs by the Dreams community in the future.